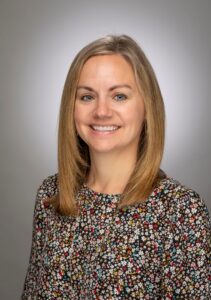 Julie has worked in the field of international education for over 15 years. She has extensive experience advising international students and scholars on non-immigrant visa categories, as well as filing employment-based permanent residency petitions for faculty and staff. Her background includes experience with foreign credential evaluation, oversight of education abroad activities, and approval for international travel to high risk areas. As an active member of the NAFSA Trainer Corps, Julie has presented workshops on F-1, J-1, and H-1B visa categories, as well as prevailing wage determinations. She currently serves on the NAFSA leadership team as the Chair-elect, Knowledge Community for International Student and Scholar Services (KC ISSS), and completed her roles as the International Scholar Advising (ISCA) Network Leader and Past Chair of the NAFSA Healthcare Institutions Interest Group (HIIG). She has presented over 30 sessions at local, regional, and annual conferences and served as an external consultant. Prior to coming to Vanderbilt, Julie worked at UT Health San Antonio, the University of Colorado Denver, Anschutz Medical Campus and Florida International University.

Her honors include selection as a Fulbright Scholar in Germany from 2004 to 2005 and serving on the board of the Colorado and San Antonio chapters of the Fulbright Association. In her free time, Julie enjoys spending time with her dog, running, yoga, and traveling. Andrea Pietrzyk has been working in ISSS since 2018. Before she came to Vanderbilt University, she worked in the international programs office at Lewis-Clark State College in Lewiston, Idaho. She earned a BA in International Studies and French from the University of Memphis, and an MA in International Policy Studies from the Monterey Institute of International Studies in Monterey, California. Her first experience living abroad came during her undergraduate career, during which she studied in France for a semester. After completing her MA, she taught English in the Middle East for several years. Her experiences abroad have given her perspective on the experience of living in another country. Fun fact: Andrea likes studying languages in her spare time and is currently trying to juggle Hebrew and Farsi! Radhika Reddy began working for Vanderbilt University’s International Student & Scholars Services (ISSS) in 2005. Presently, Radhika serves as an International Student & Scholar Adviser working with F-1 and J-1 students and scholars and financial advising for the Iranian Student Association and Indian Student Association. Before coming to Vanderbilt, Radhika was employed by Nashville State Community College as an Admissions Assistant and enjoys assisting students and scholars with their adjustment to life in the U.S. Radhika was born and brought up in India and lived in New Zealand for 2 years working for the Ministry of Commerce. Radhika and her family moved to the United States in 1999 where she began her career in higher education working for the admissions office of Arapahoe Community College in Denver, Colorado. Jillian has been working in ISSS since January 2016. She is originally from Redondo Beach, California but spent most of her life living in Burnsville, Minnesota. She received a B.S. in Education and Spanish from the University of Wisconsin – La Crosse and a M.Ed. in International Higher Education from Loyola University Chicago. Through her undergraduate and graduate programs she had the opportunity to study in Granada, Spain, Beijing, China and Rome, Italy. She also spent a year as an English teacher in Spain. Before coming to Vanderbilt, Jillian worked as a Spanish teacher in Minnesota for four years. In her spare time, Jillian enjoys reading, boxing and spending time outdoors. She also really likes live music and that there are countless places in Nashville to enjoy it! 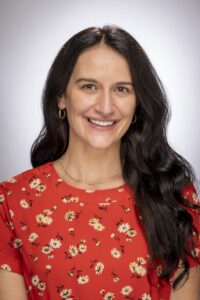 This is Kellie’s first year at Vanderbilt working in ISSS! She is a Tennessee native and received her Bachelor’s degree in Special Education from Austin Peay State University. She has worked with youth aging from pre-k to high school in various educational capacities across Tennessee and internationally as a teacher and site director for after school programs. She is an AmeriCorps State and National Alumni member and a Returned Peace Corps Volunteer from Colombia, where she lived and served for three years along the coast. In her free time Kellie enjoys a good cup of coffee, hanging out with friends at Plaza Mariachi, running, and exploring new places. Peggy Knupp has been working for ISSS for 13 years. She serves as the Administrative Assistant for ISSS and in the past has also worked with other international offices. Prior to working at the University, she spent six years working as an office assistant in an outpatient practice for Vanderbilt Health. Peggy has a bachelor’s degree in Sociology and Political Science from Wittenberg University in Springfield, Ohio. She has studied in Groningen, Netherlands and has travelled to Paris, Prague, and parts of Germany. In her free time, Peggy enjoys reading e-books and riding her bike on the Nashville greenways.