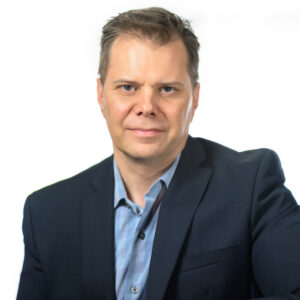 As a digital and traditional media company founder, operator and investor, Rich has constantly led the innovation of new ways for delivering content and empowering diverse voices.

He is the founder of the VIX streaming service (formerly known as Pongalo), the first global, large-scale streaming service created specifically for Spanish-speaking audiences, which was acquired by US Hispanic media leader Univision. Rich currently serves as President of VIX, as well as Head of Global Distribution at Univision, where he is responsible for the company’s $1+ billion of non-advertising revenue. Variety awarded him its 2019 Dealmaker of the Year honors.

Previously, Rich served as investor, board member and/or advisor in building a portfolio of 30+ primarily venture-stage media and tech companies, and as operator or advisor on media deals totaling over $1 billion with major industry players, such as Disney, Universal and Microsoft.

In the first half of his career, Rich worked with most major studios as a film and TV financier and producer. His 25+ produced projects have generated hundreds of millions of dollars and range from young-adult movies, such as Disney/Miramax’s “She’s All That,” which was the #1 movie in America and is one of the most successful teen movies in history, and Disney/Miramax’s “Get Over It” with Kirsten Dunst and Martin Short…to award-winning movies with a message, such as his Fox Sports collaboration with Matthew McConaughey, “The Story of Darrell Royal;” his PBS collaboration with Halle Berry, “For Love of Liberty: The Story of America’s Black Patriots (for which he and Berry won the NAACP Image Award); and his Universal Studios collaboration with Emilio Estevez and Alec Baldwin, “The Public”…to studio sequels, such as those for Sony’s “Daddy Day Care” and Lionsgate’s “American Psycho.”

Rich has served on the executive committee of Vanderbilt University’s Alumni Board, and as co-founder of non-profit Vanderbilt-in-Hollywood, which awards need-based scholarships to many of the 30+ students it places each summer into internships. He’s a member of the Academy of Motion Picture Arts & Sciences and the Academy of TV Arts & Sciences, and he serves on the board of directors and executive committee of OTT.X, the trade organization of Hollywood’s streaming industry, which awarded him its 2021 OTT.X Hero Award. He co-authored the award-winning book “Dancing With Digital Natives: Staying in Step With the Generation That’s Transforming the Way Business Is Done.”

To meet with Rich, email thewondry@vanderbilt.edu.