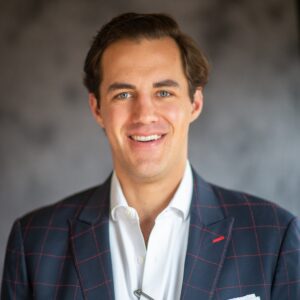 Patrick Baird serves as an Engagement Manager with Lodestone Advisory Group, where he works on projects in economic development, technology, innovation, strategy, venture capital, and entrepreneurship globally. He founded Axys Solutions, an IT and management consulting firm specializing in contract transitions and organizational change on behalf of prime contractors serving US local, state, and federal government agencies, in 2016. Patrick is a General Partner in Lodestone Ventures, an early stage venture capital firm focused on the intersection of legacy industries and emerging technologies.Patrick was an Associate at Lodestone from 2014-2016, where he developed strategies for global clients and engaged in the development and study of entrepreneurial ecosystems worldwide. He has worked on projects in the US, Germany, Mexico, South Africa, Qatar, the UAE, the Palestinian territories, Italy, the United Kingdom, and Lebanon, where he worked on the development and delivery of an international accelerator program and managed the Global Entrepreneurship Monitor survey team. Prior to Lodestone, Patrick was Chief of Staff of the Tennessee Department of Economic and Community Development’s International Division, where he co-authored and executed a Five-Year International Strategy for job growth amongst small-and medium-size businesses and laid the groundwork for the State of Tennessee’s global business development footprint by establishing eight international offices for trade development and recruitment of foreign direct investment.The department also began exploring exports of arts, music and entertainment during that time.He was a founding member of the Foundation for Society, Law and Art in South Africa, a US non-profit that supports the preservation of the Constitutional Court of South Africa’s Art Collection, centered on the themes of justice, human rights, and reconciliation. As a strategic advisor to the Board of Directors, Patrick supported the creation of an endowment to secure the future of the Collection. In 2016 he cofounded the E Pluribus Unum (EPU) Foundation, a non-partisan organization dedicated to defending and promoting American values and interests while exploring the themes and values ofAmerican Citizenship.EPU has since merged with Millions of Conversations, where its work continues at a local level through the 3142 Project.Patrick earned his MBA from the Owen Graduate School of Management at Vanderbilt University. He also holds a B.S. from Babson College. In 2015, he was selected as one of 10 Americans to travel to Japan for meetings with public and private sector leadership as part of the TOMODACHI-Mitsui Leadership Program. Patrick is a Trustee of the Webb School of Knoxville, Past-President of the Phoenix Club of Nashville, an Associate Member of the U.S.-Japan Council, and founding President of the Babson Alumni Club of Tennessee. Additionally, Patrick Chairs the Babson Alumni AdvisoryBoard, representing the interests of Babson’s 40,000+ alumni to the College administration and serving on the College’s Board of Trustees.

To meet with Patrick, email thewondry@vanderbilt.edu.