Computational Nanoscience. We are interested in modeling nanostructured systems, such as supercapacitors created using ionic liquids as the electrolyte and nanoporous carbons as the electrodes. We work closely with experimentalists who probe the nanoscale structure using neutron and X-ray scattering.

Molecular Rheology of Bulk and Nanoconfined Lubricants. Using several non-equilibrium molecular dynamics simulation methods, we study the rheology (particularly viscosity) of typical lubricants used in conventional (e.g., automotive) and unconventional (e.g., disk drive lubrication) applications. Our goal is to develop tools that will enable lubricant designs to be tested computationally before deciding a lubricant is sufficiently superior to others that it is worth synthesizing. The effect of nanoscale confinement on lubricants can be extreme: a molecular fluid that is an effective lubricant in bulk may become a solid under confinement, depending on degree of confinement and the strength of the interaction between the solid and the lubricant. 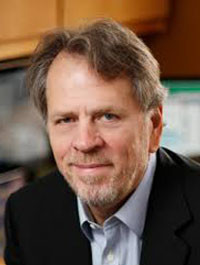