Rory Dicker joined the Women’s Center staff in January 2015 as Director. Rory grew up in New York State and earned a bachelor of arts from the Johns Hopkins University, where she majored in English and minored in French. After completing her Ph.D. in English at Vanderbilt, Rory taught at Westminster College in Missouri for several years before returning to Vanderbilt to teach courses in English and in Women’s and Gender Studies, where she was Associate Director for four years. The author of A History of U.S. Feminisms, Rory teaches classes about women and literature, feminist pedagogy, and the history of American feminisms. She spends much of her time outside of work with her husband and two daughters, and tries to make it to the beach once a year. She considers herself a bookworm at heart and finds herself happiest when she is immersed in a great read.

Brianna Nesbitt joined the Women’s Center staff in January 2017 as a Program Coordinator. Prior to arriving at Vanderbilt, Brianna served as the Graduate Assistant for Diversity Education in the Office of Student Activities at the University of Central Missouri, where she also obtained her Masters in College Student Personnel Administration. Hailing from the suburbs of Chicago, Brianna loves Nashville and is happy to call this big little town her home. She is most passionate about discussing feminism through an intersectional lens and cross-identity dialogue, and loves facilitating these dialogues with her interns and other students at Vanderbilt. Outside of work hours, Brianna indulges in her loves of music, YA lit, video games, and her hamsters. She is still searching for something to fill the Game of Thrones-sized hole in her heart.

Bailey Via joined the Women’s Center as a Program Coordinator in January, 2020. Bailey obtained both her Bachelors and Masters degrees from Vanderbilt, and worked as a Graduate Assistant at the Women’s Center from 2016 to 2017. Before returning to Vanderbilt, she worked at a local nonprofit, doing youth development work with international and refugee high school and middle school students. She is passionate about inclusive and holistic sex and sexuality education, and loves to make sex ed fun and interesting. She is originally from Arkansas, and though she loves the Natural State, she has happily called Nashville home for the past eight years. She loves rock climbing, being outside, and hiking and playing with her two dogs. She just ran her first marathon last year, and hopes to get more into trail running and ultra marathoning in the coming years.  She is so excited to find herself back home at the Women’s Center! Libby joined the Women’s Center team as Administrative Assistant II in September, 2016. She worked in Medical Illustration at Vanderbilt University in the ‘80’s as a medical photographer. After taking time off for her own photography business and to author a book, she returned to Vanderbilt to work in Information Technology, Student Employment, Central Library and then Jewish Studies before finding her forever home at the Women’s Center 100 years later. Always up for a good cause, she enjoys being in the company of strong women and loves serving as resident campus mom. She grew up in Nashville and spends much of her free time reading, writing, and doing art projects. Libby loves to be in the great outdoors and enjoys life with her husband, her daughter, and her dog, Bella Bunny, AKA the Best Dog in the World. Drop by for a chat or a hug. 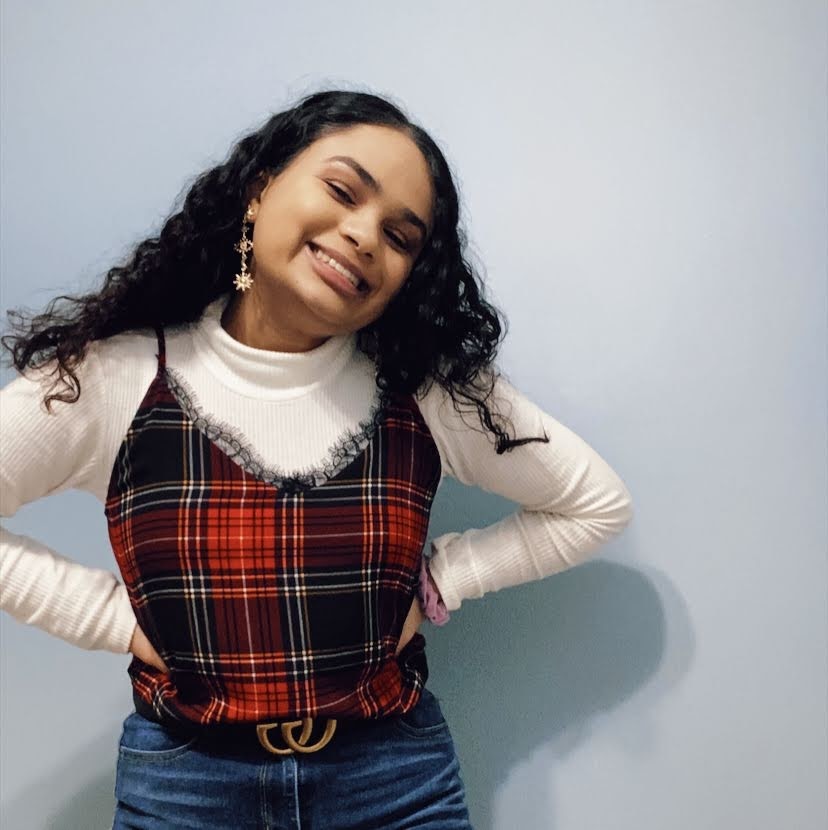 Perla Salazar-Rangel joined the Women’s Center as a Graduate Assistant in August 2021. Perla earned her bachelor’s degree in Journalism from Elon University in Elon, North Carolina. Perla is proud to identify as a first-generation college student: she was born and raised in Greensboro, North Carolina, in a hardworking Mexican American household. During her time at Elon, Perla minored in Spanish and Women’s, Gender, and Sexualities Studies (WGSS). Perla is passionate about intersectional feminism and social justice advocacy, especially acknowledging how they are important in higher education settings. Perla is enrolled in the Master’s in Higher Education program at Peabody and hopes to become the director of either a program dedicated to aiding first-generation college students or a center with values like those of the Women’s Center. Perla has loved exploring Nashville and eating at various restaurants; her favorite so far has been PennePazze, but there are so many more places to try! She is always down to try new food, share funny Tik Toks, and talk about pop culture! Anchor down!