This walking tour was developed as part of the Women’s Center’s 40th anniversary celebration in 2018. Each year at Reunion, we offer an in-person version of the tour, but you are welcome to learn about some of the significant women in Vanderbilt’s history on your own through this webpage.

Founded in 1978, the Margaret Cuninggim Women’s Center is named after the last Dean of Women at Vanderbilt, Margaret Cuninggim. The Women’s Center has been in the same location, Franklin House on West Side Row, since its opening. The Women’s Center stands firm on its commitment to “celebrating women and empowering all,” running such programs as Feminism 101, Vandy Sex Ed, Work-Life Workshops, Women in the Academy, and the Cuninggim Lecture on Women in Culture and Society. Among other awards, each year the Women’s Center presents the Mary Jane Werthan Award to an individual who has significantly contributed to the advancement of women at Vanderbilt, named for the first woman to sit on the Board of Trust.

The Office of LGBTQI Life

The Office of LGBTQI (Lesbian, Gay, Bisexual, Transgender, Queer, and Intersex) Life, located within the K.C. Potter Center, is a cultural center and a place of affirmation for individuals of all identities, and a resource for information and support about gender and sexuality. The Women’s Center now shares an administrative assistant with the K.C. Potter Center, and the two offices often share space and collaborate on events. The K.C. Potter Center offers a variety of affinity groups for student support, including a group for Queer Women and Lesbians and another group for LGBTQI Sorority members.

The Project Safe Center for Sexual Misconduct Prevention and Response began as a program in the Women’s Center in 2000, after Vanderbilt received a $435,000 grant from the US Department of Justice’s violence against women initiatives. The initial programming on violence against women at Vanderbilt included peer educators presenting on date rape and other violent crimes and a Women’s Studies course titled Gender and Violence. In 2014, Project Safe became its own center with its own space. It continues to educate and support Vanderbilt faculty, staff, and students on bystander intervention and sexual misconduct prevention and response, among other things. The Old Gym opened in 1880, seven years after the university’s founding. From the late 1890s into the early 1900s, women basketball players, under the watchful eye of Vanderbilt alumna Stella Vaughn, would practice here behind locked doors. Other notable women athletes include Rosalyn Jackson, who in 1974 became the first black cheerleader at Vanderbilt, and Nakia Davis, who in 1992 became the first black woman golfer at Vanderbilt (she would become the first black woman golfer in the SEC). Today the Old Gym is one of Vanderbilt’s most notable landmarks, placed on the National Register of Historic Places in 1972. The Old Gym now houses the Office of Undergraduate Admissions.

According to the Office of Greek Life’s website, sororities were formed soon after Vanderbilt began regularly admitting women in the 1890s. Out of a need for housing and kinship among women, these new female students established two local sororities: Phi Kappa Upsilon and Theta Delta Theta. Within ten years, these two groups affiliated with the national organizations of Kappa Alpha Theta in 1904 and Delta Delta Delta in 1911.

Built in 1962, Branscomb Quadrangle was named for Chancellor Harvie Branscomb and his wife Margaret Vaughn Branscomb. The four houses that compose Branscomb— Lupton, Vaughn, Scales, and Stapleton—are named for four prominent women in Vanderbilt history: Kate Lupton, the first woman to earn a degree from Vanderbilt; Stella Vaughn, alumna and coach of the first women’s basketball team at Vanderbilt; Anne Benedict Scales, alumna, benefactor, and lobbyist for women’s educational opportunities; and Ada Bell Stapleton, the first Dean of Women at Vanderbilt. In the early years of Vanderbilt, these four women made their marks socially, academically, and administratively.

Martha Rivers Ingram, who previously served as the chairwoman of the Board of Trust at Vanderbilt University and currently serves as the chairman of Ingram Industries, provided the vision and seed money for the Performing Arts Center. With state-of-the-art acoustics, Ingram Hall is a 618-seat performance hall that hosts dance and music events for Nashville audiences. Martha Rivers Ingram continues to be an ardent supporter of the performing arts at Vanderbilt. Opened in 2008, the Martha Rivers Ingram Commons is the hub of the first-year experience at Vanderbilt. Made possible by a generous gift from Martha Rivers Ingram, the Commons contains housing for all first-year undergraduate students at Vanderbilt, as well as a Dining Hall, rec room, study room, College of Arts and Sciences pre-major advising center, and the Department of Political Science. The building itself has earned a Gold LEED Certification.

When Peabody College merged with Vanderbilt in 1979, Peabody’s illustrious history became part of Vanderbilt’s history. Emma B. Cutter and Julia Sears were two of the first faculty women at Peabody College in 1875. Over a hundred years later in 1979, Peabody College would appoint Bertha Holliday as its first African American faculty member. The campus itself has several buildings of interest for women. Erected in 1914, the Home Economics building housed the scientific study of home economics, most notably chemistry and nutrition. In 1998, Camilla P. Benbow became the first woman to hold the position of Dean of Education and Human Development at Peabody. She still serves in this role. The Susan Gray School, which is housed on Peabody’s campus, was originally named the Peabody Experimental School when it opened in 1968, but was renamed in honor of Susan Gray in 1986. Gray was a Peabody faculty member and national authority on early childhood education whose research inspired the Head Start program. The Susan Gray School started as an on-campus research-oriented school devoted to educational research for young children with developmental disabilities. The Susan Gray School is still in operation today.

Named for Mary Ragland Godchaux, Godchaux Hall and houses the School of Nursing, the Center for Nursing Research, and faculty and administrative offices for the school. The School of Nursing is ranked in the top 20 nursing schools in the country by U.S. News & World Report and has seen tremendous growth in its programs over the last several years, with the Master of Science in Nursing program having an enrollment of 715 students in the 2017-2018 school year. 89% of those students identified as women.

The Black Cultural Center is a critical site of intersectional history, support, and visibility for black students on Vanderbilt’s campus. According to the Center’s website, the BCC was established in 1984 in honor of Bishop Joseph Johnson, the first African American student to attend and graduate from Vanderbilt University. The programs and partnerships of the Black Cultural Center serve to promote respect, understanding, tolerance, and a greater appreciation for cultural and racial diversity. Notable black alumnae include Portia Poindexter, ’68, the first black woman to be awarded a graduate degree from Vanderbilt (M. A. T. in History) and Michelle Alexander, author of The New Jim Crow. 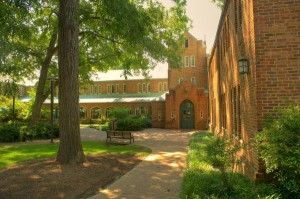 Now known as the International House, a residence hall that focuses on foreign language and international communities, McTyeire Hall was the original women’s residence hall on campus, built in 1940. Prior to this time, women students either lived locally with family members or in boarding houses in the community.

Named for the Vaughn family, its former inhabitants, the Vaughn Home now houses the Robert Penn Warren Center for the Humanities. The Vaughn family lived in the house from 1884 to 1912, and it was during this time that Stella Vaughn first attended Vanderbilt as a student and then taught physical education and organized and coached the first women’s basketball team. Stella Vaughn was also one of the founding members of Phi Kappa Epsilon, an independent local sorority that became incorporated into Kappa Alpha Theta in 1904. Vaughn served as advisor to the sorority and gave the annual orientation talk every year until her death in 1960. Remodeled and expanded in 2005, Buttrick Hall is now home to the Department of Gender and Sexuality Studies (GSS). Formerly called the Women’s Studies program, WGS began offering classes in Spring 1973; with Susan Ford Wiltshire as one of the first professors in the program. The program prides itself on its varied class offerings on topics of gender, sexuality, diversity, and policy and its collaborations with departments and programs across campus.

Benson Hall is the current residence of Vanderbilt’s Department of English. In 1981, Assistant Professor Elizabeth Langland was denied tenure. At that time, the Vanderbilt College of Arts and Science had 210 tenured faculty, 203 of whom were male. Langland filed a complaint with the Equal Employment Opportunity Commission, and then filed the case in federal court. Women for Equity at Vanderbilt (WEAV) formed to rally behind Langland in her trial and to raise funds for her legal costs. Langland lost both the case and the appeal of her case filed by her lawyers. Every vote cast in Langland’s tenure, her case, and her appeal was cast by a man. Margaret Branscomb, along with her husband Chancellor Harvie Branscomb, are remembered on campus by more than just Branscomb Quadrangle. Margaret, who was responsible for the magnificent magnolias that border the campus on West End and 21st Avenues, is memorialized in a bronze statue by Alan LeQuire.

The Vanderbilt Law School is home to several groups advocating for women, including the Women Law Students Association, which seeks to promote gender equity in law. Vanderbilt alumna Martha Craig Daughtrey became the first woman faculty member of the Vanderbilt Law School in 1972. In 1975, she became the first woman judge in Tennessee as an associate judge of the Court of Criminal Appeals. Daughtrey now serves on the U.S. Court of Appeals for the Sixth Circuit. In 2014, she wrote the dissenting opinion in DeBoer v. Snyder, which upheld same-sex marriage bans.

Named in 1937 for the longest serving chancellor in university history, James H. Kirkland (1893-1937), and his wife Mary Henderson Kirkland, Kirkland Hall was the first main building on the Vanderbilt campus. In the reception area of Kirkland Hall, a visitor will see the portraits of two women: Amelia Townsend McTyeire, wife of Methodist Bishop Holland N. McTyeire, and Frank Armstrong Crawford, Cornelius Vanderbilt’s second wife. These women might be referred to as Vanderbilt’s “Founding Mothers.” Kirkland Hall also houses the Provost’s office, where Vanderbilt’s current Provost, Susan Wente, is the first woman to serve in this role.

The Equal Opportunity, Affirmative Action, and Disability Services Department, originally housed in the Franklin Building on West Side Row (now home to the Women’s Center), has been divided into three separate offices, the Office of Equal Employment Opportunity, the Title IX Office, and the Office of Student Access Services, which are currently located in the Baker Building. Patricia Pierce became the first woman director of what was then known as the Opportunity Development Center in 1981. As a tireless advocate for diversity, she helped shape Vanderbilt’s comprehensive affirmative action plan, promoted compliance in Title IX gender equity legislation, and established the annual Diversity Initiative Awards program that recognizes individuals for contributions to diversity and equity. Pierce later was honored by the Women’s Center with a Mary Jane Werthan Award in 1996 for her “extraordinary contributions to the advancement of women at Vanderbilt.” In 2003, she received the Athena Award, one of the highest honors for women in Nashville. 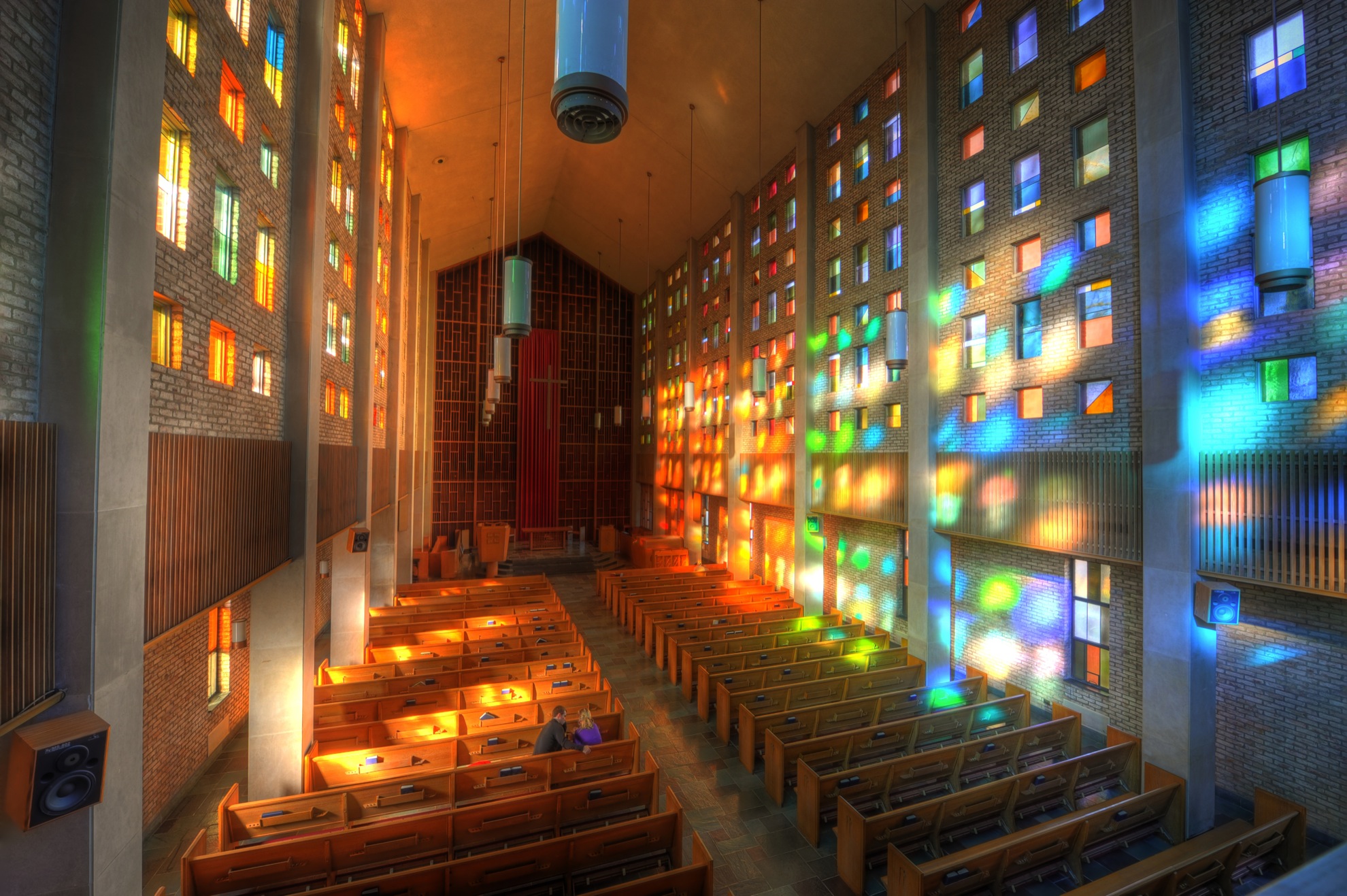 Part of the Divinity School, Benton Chapel is the location of the Antoinette Brown Lecture. Named after the first woman ordained as a minister in the U.S., the lecture was established in 1974, and as such is the oldest consecutively running lecture series at Vanderbilt. The series is dedicated to elevating the voices and scholarship of distinguished women theologians.