Photos are powerful tools for storytelling. Each year, GEO invites study abroad participants to submit photos from their time abroad to our GEO Photo Contest and to share with the Vanderbilt community.

Congratulations to the 2021–2022 GEO Photo Contest winners! Their photos belows creatively convey these students’ understanding and engagement with their host culture, connect artistic expression with learning, and provide new perspectives.

Check out the GEO Flickr album for all Photo Contest entries and winning photos from previous years. You can also check out last year's winners and their extended photo descriptions. 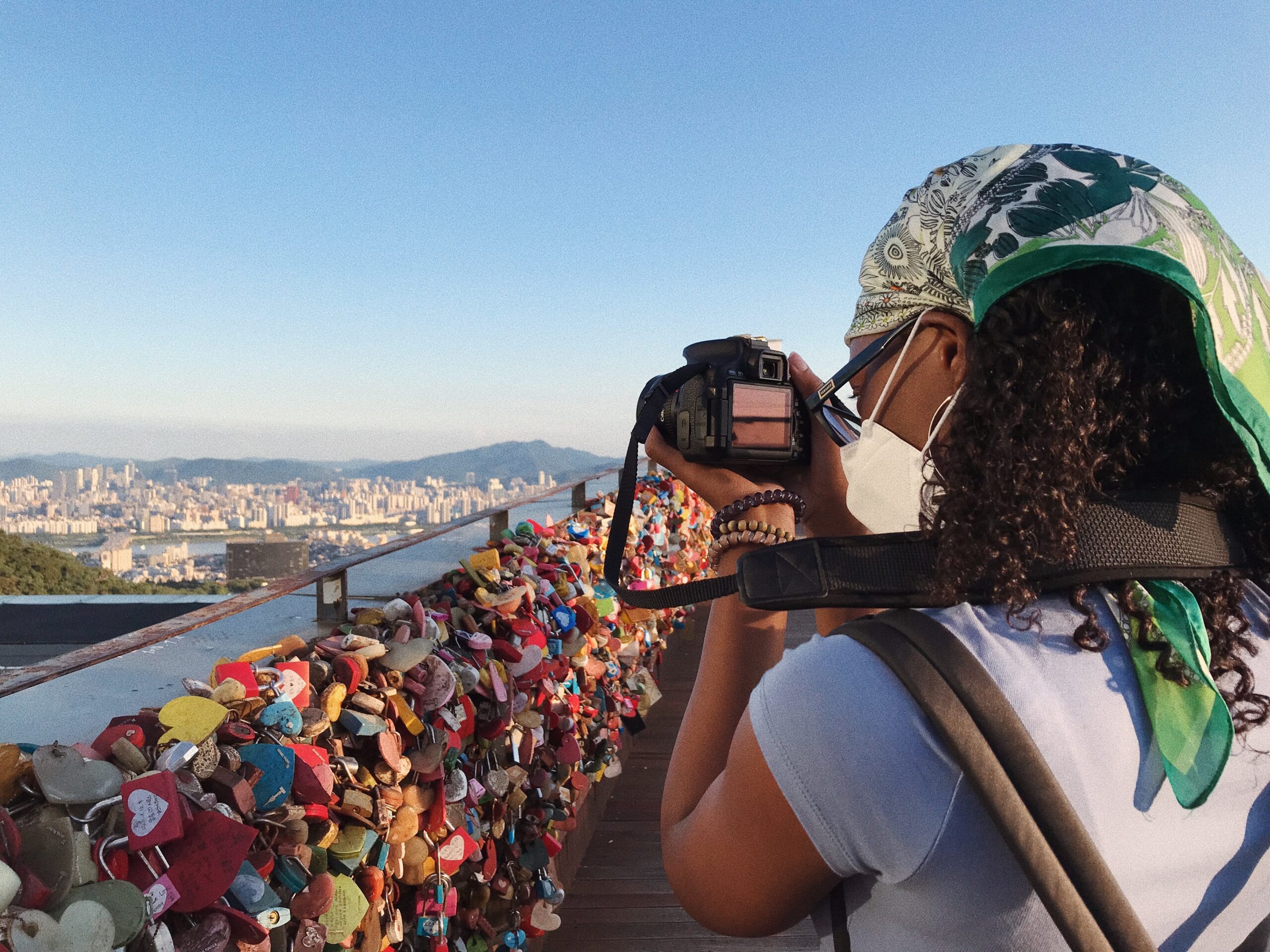 Hiking and photography were two daily activities my friends and I loved. Namsan Tower was the perfect combination of the two. 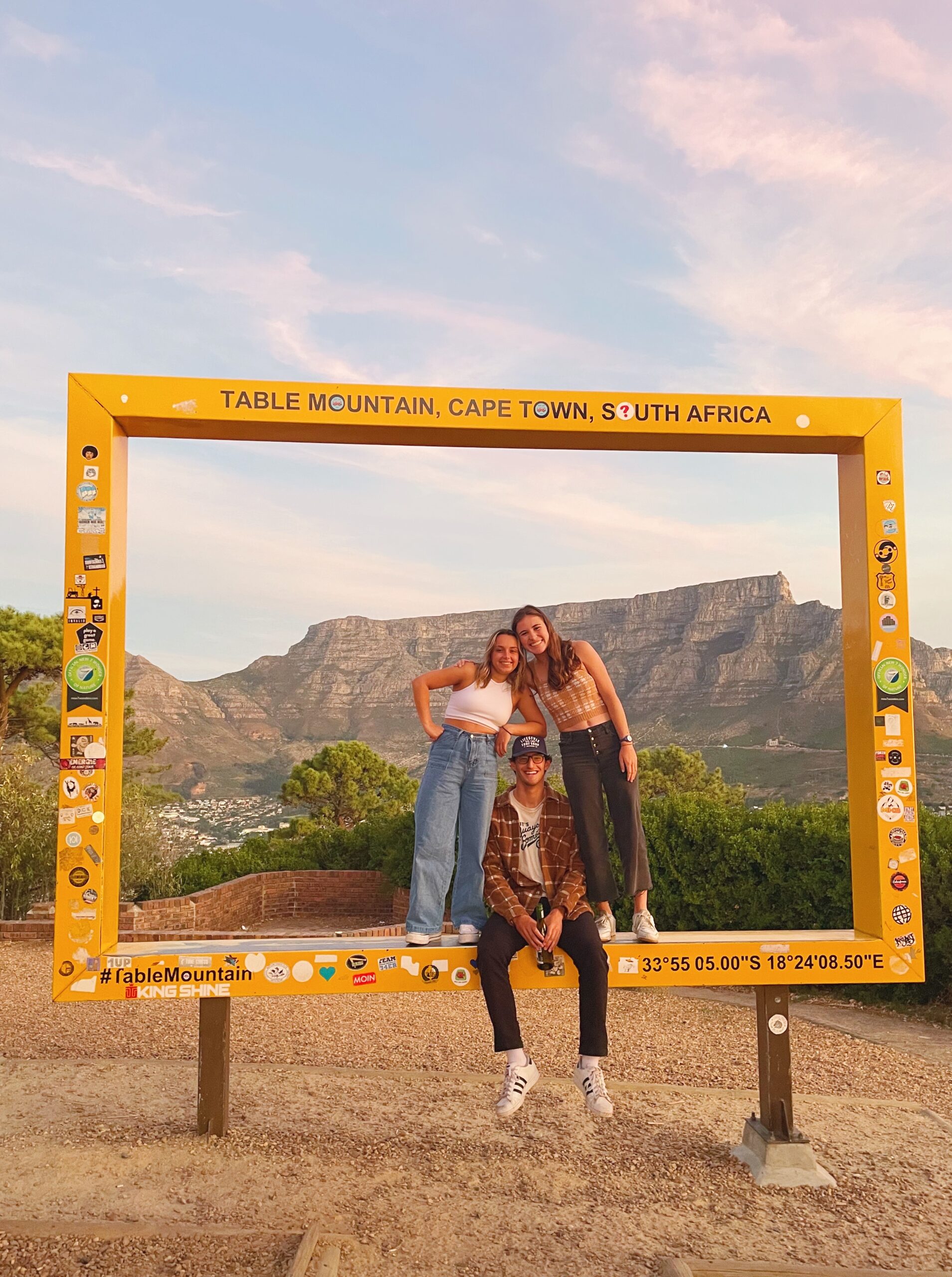 This is a photo of me and two of my closest friends I met in Cape Town on one of our last nights spent in South Africa. The photo was taken on Signal Hill where we went to watch the sunset together one last time. Pictured behind us is Table Mountain, probably the most well-known landmark in Cape Town, and a national park that we would hike and explore through our abroad experience. To me, this picture captures a unique feeling of gratitude in knowing I was able to share my experience with incredible friends, but also an understanding that very few people will understand the complex yet beautiful experience of getting to live in Cape Town.

Laborer on the Seine 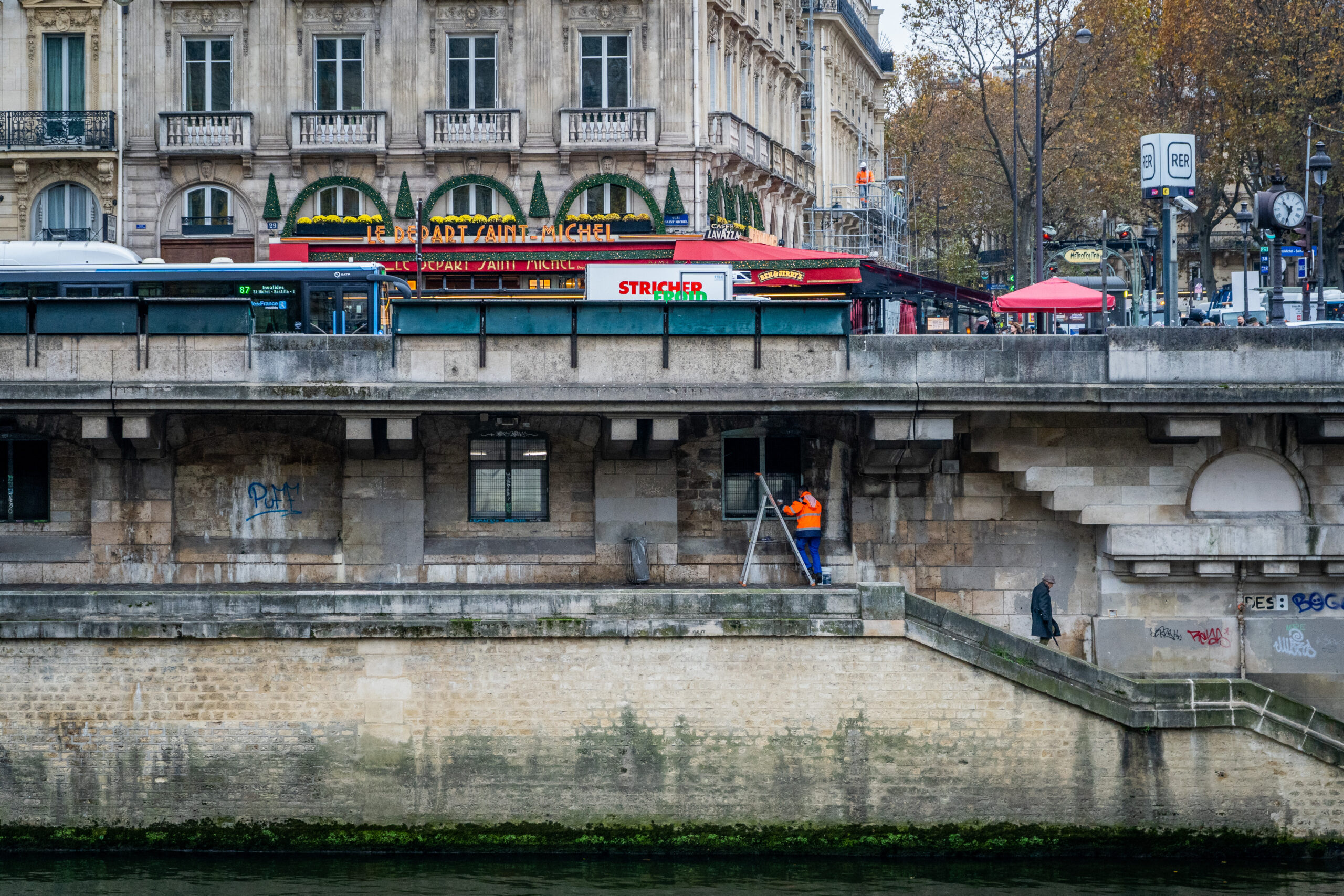 While strolling along the Seine on a weekend trip to Paris, I noticed a laborer working along the bank across from me. His bright orange jacket stood out against the gray cement blocks immediately. The frame creates a stratification, wherein the worker is layered under the busy street and cafe, supporting and upholding the Parisian way of life.

Dome of the Rock 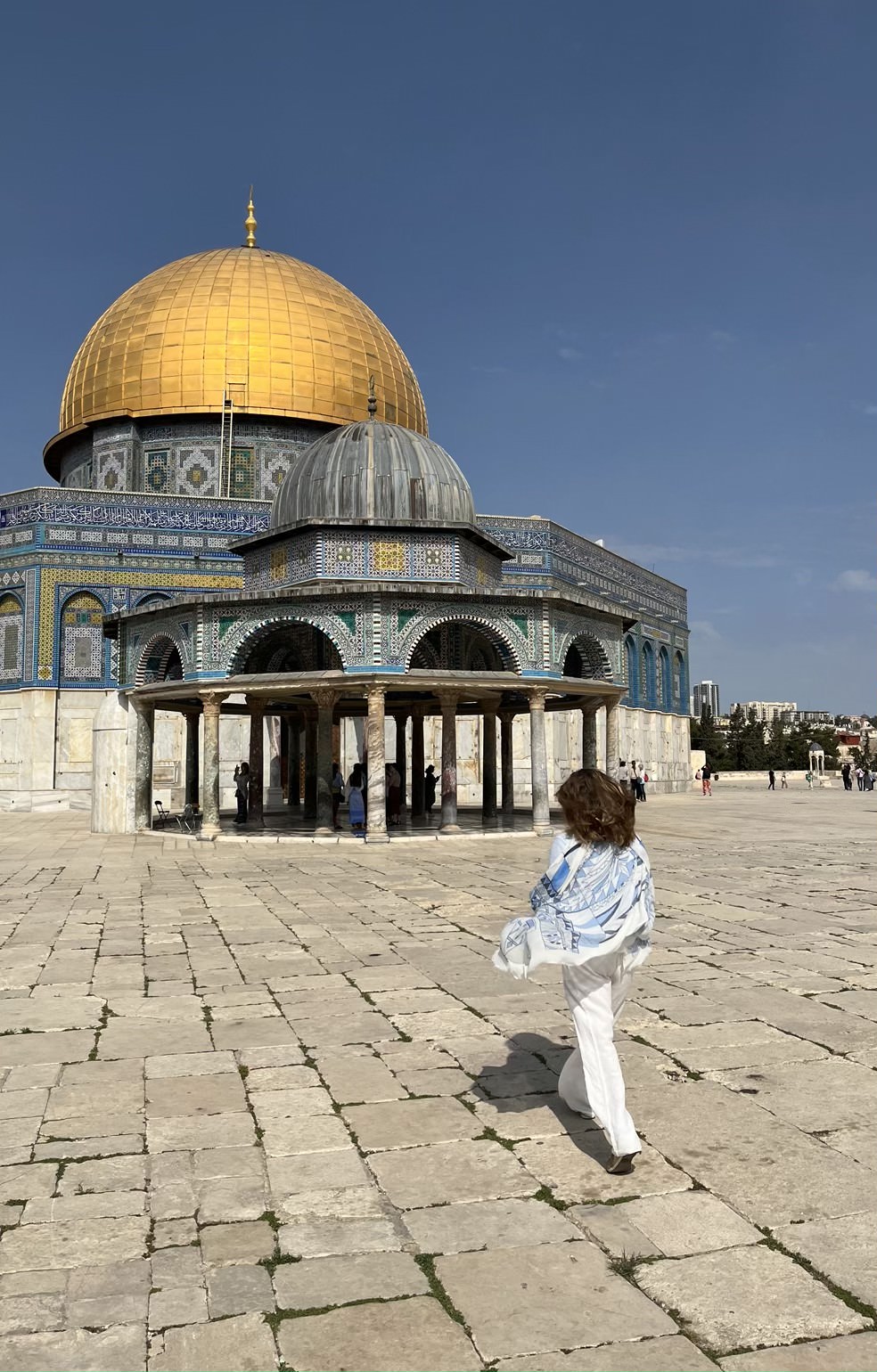 The Roman to Medieval Near East: The Caesarea Excavations, Israel, Maymester 2022

I had never worn a headscarf before, nor had I been to such a religiously charged place as the Old City of Jerusalem. This photo was taken as I walked towards the Dome of the Rock, the oldest surviving work of Islamic architecture, watching my headscarf and the headscarves of all the other women blow in the wind. It was an experience charged with religious and cultural significance that I will never forget.

I would also like to give a shout-out to my fellow photographers Mara Yella and Lauren Karlson, who helped me take and stage this shot! 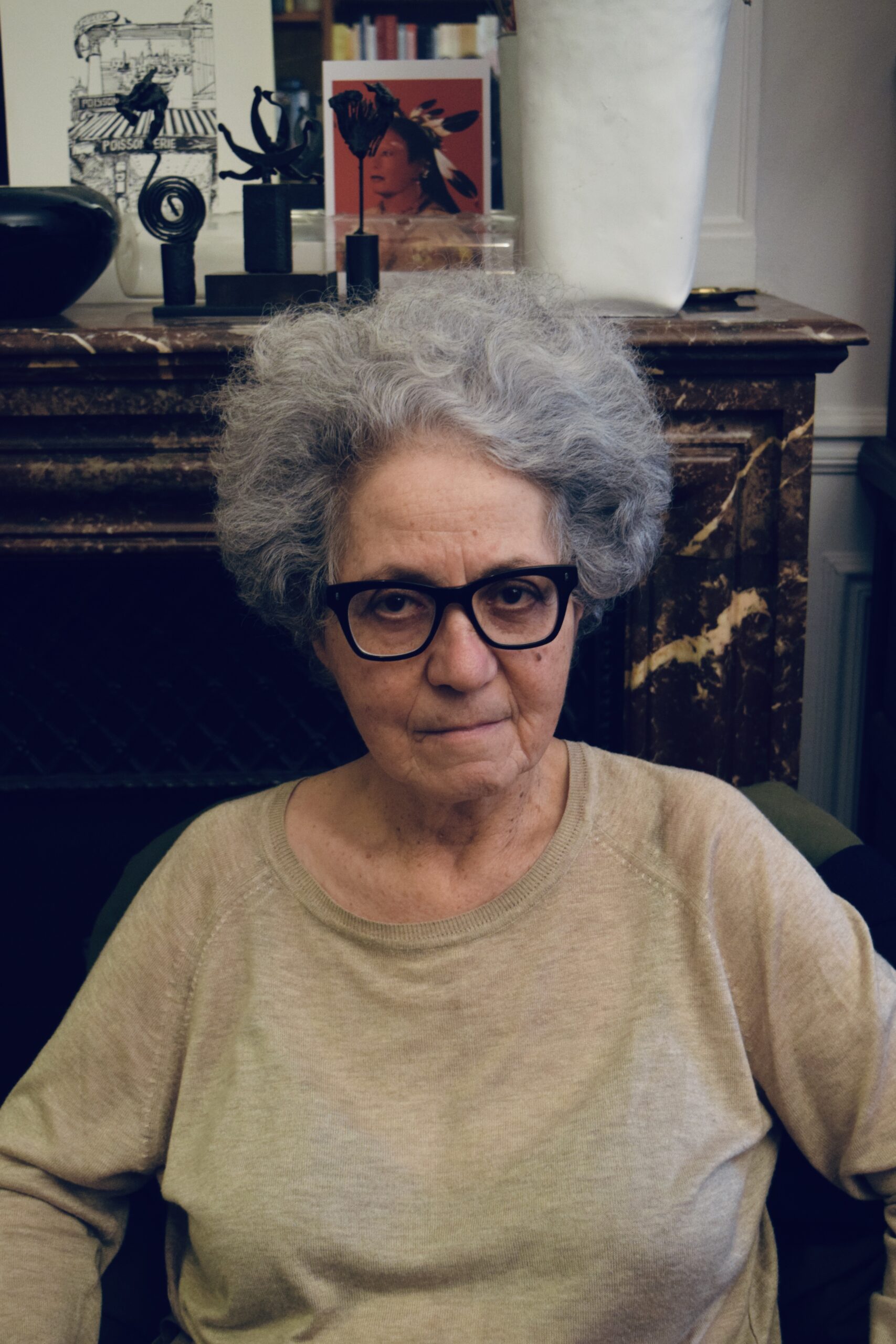 Edith Cottrell is a Moroccan-born Parisian who was my homestay mother during my three-month stay in Paris from January-March 2022.

In the 1960s, Edith’s husband, Pierre, became a film producer during what film historians now call French New Wave, a film movement that revolutionized modern cinema. He produced several films for Eric Rohmer, a highly revered director of the time, and became an important name in the film world. As a result of their success and involvement in the industry, Pierre and Edith enjoyed an exciting 1960s and 70s, befriending the likes of Jack Nicholson, Dennis Hopper, and Andy Warhol, among other titans of Hollywood.

Edith’s career followed a nonlinear yet fascinating path. Starting as a secretary in the 1950s, she later became an entertainment reporter, then a film agent, and finally became an editor for novels before retiring. As a homestay mother, she was incredibly kind, fascinating and an open book, enchanting my roommate and me with her Forrest Gump-Esque stories daily.

Edith and I remain in close contact to this day, and a short documentary I made about her life titled EDITH, should be out in the coming months. 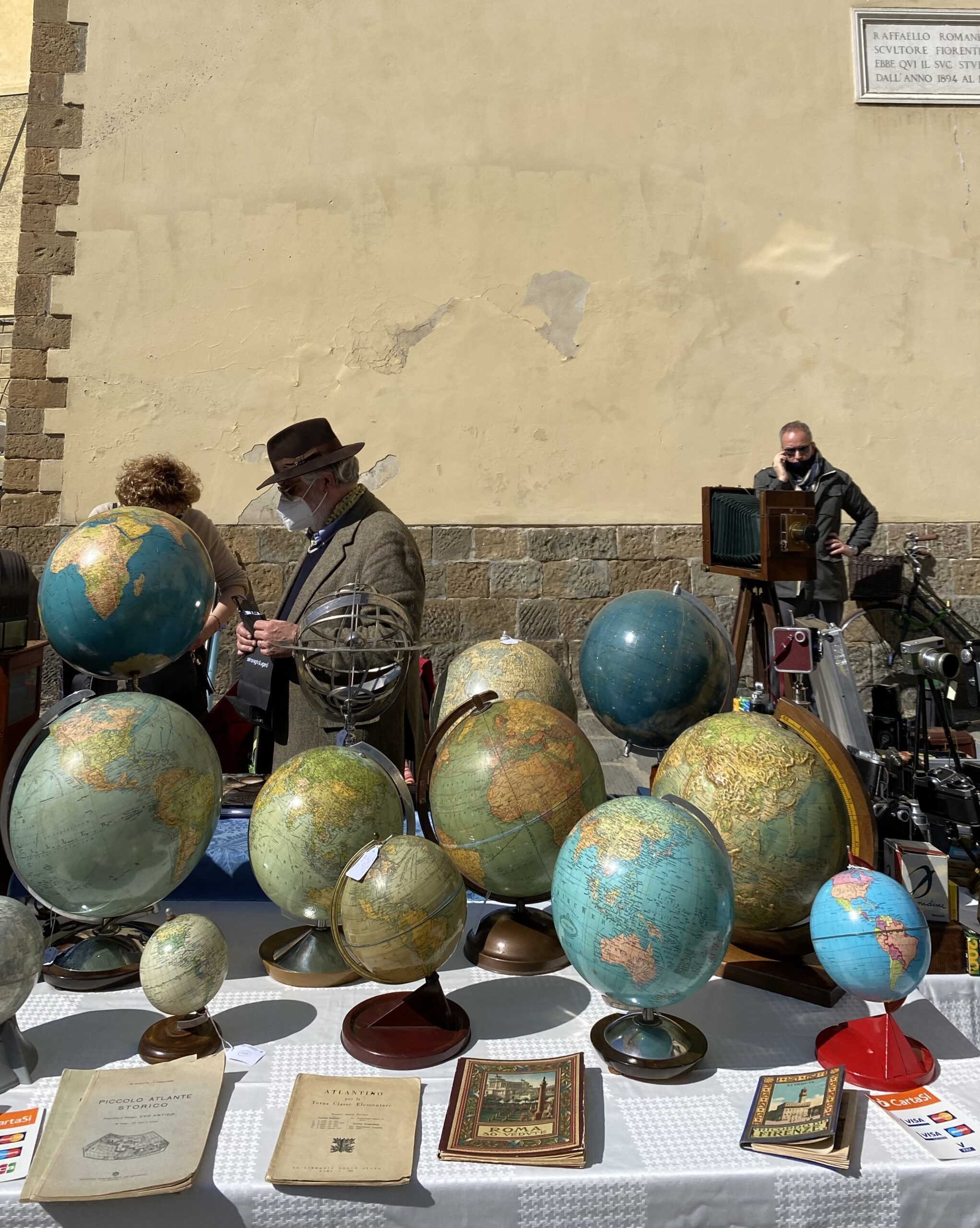 On the edge of Florence’s city center sits Santo Spirito Plaza—a core part of the Oltrarno district, beside the river. The square is peaceful during the weekdays and bustling at night. On Saturday mornings, a rotational market hops from plaza to plaza, and this photo captured one of the most impressive at Santo Spirito. Hundreds of vendors gather in the square, selling trinkets, vintage clothing, decor, books, and fresh porchetta sandwiches (of course). The Santo Spirito church, with an iconic, unfinished facade, casts a shadow over attendees and sellers. The contrast of old and new in this scene is particularly attractive: decades-old globes and cameras line the table while onlookers and merchants negotiate in masks. Typical in Italy—the fear of a lingering pandemic but the simultaneous joy of rummaging through vintage goods and socializing with strangers. 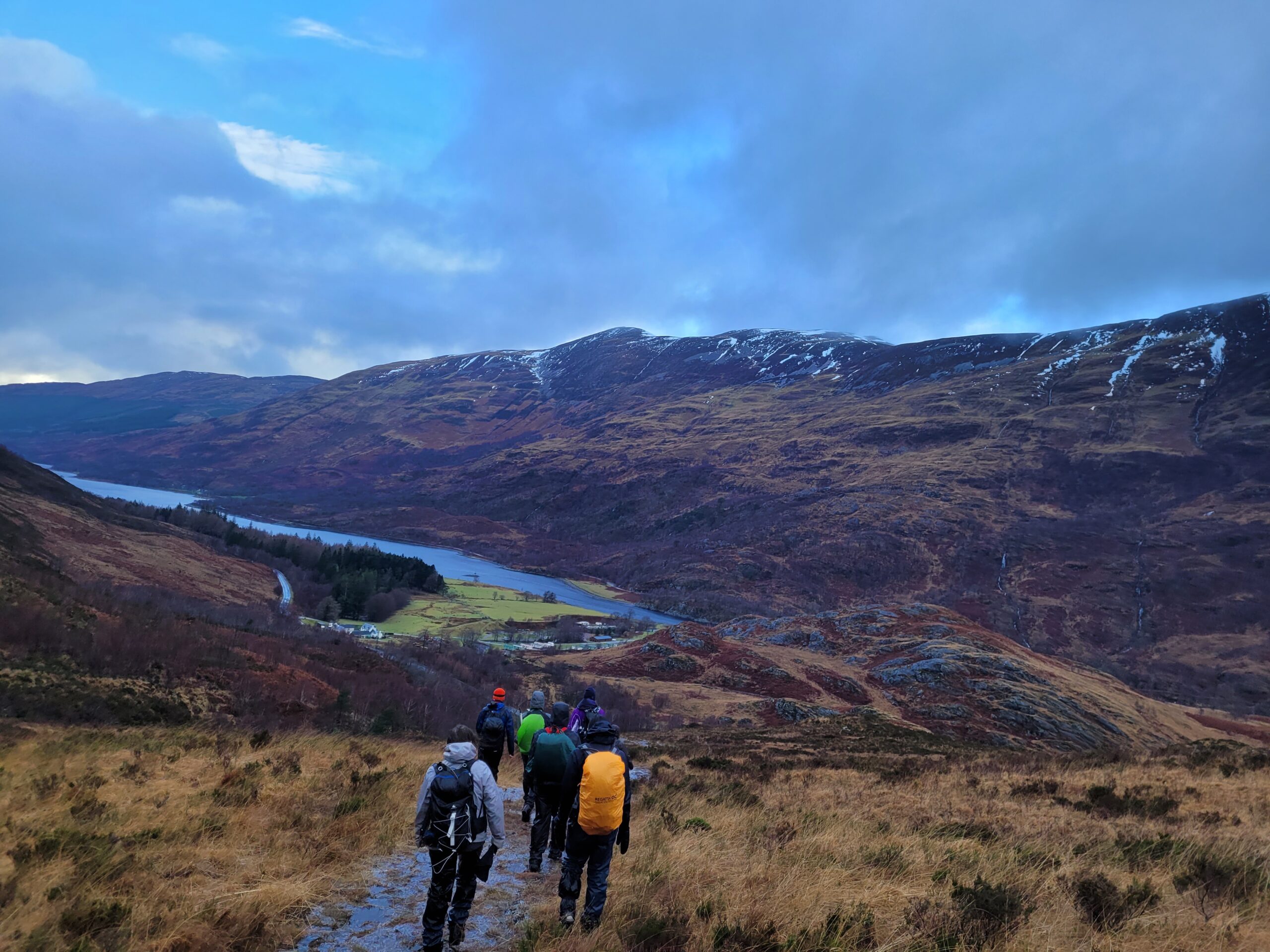 Kinlochleven in recent days has probably been best known to walkers of the West Highland Way as the last stop before you reach the end at Fort William. It is however rapidly becoming the place to visit if you are a climber or winter sports lover. First it has an idyllic setting at the end of the beautiful Loch Leven with the Mamores mountains overlooking it and positioned between Glencoe and Fort William.

Sunset on the Tuscan Countryside 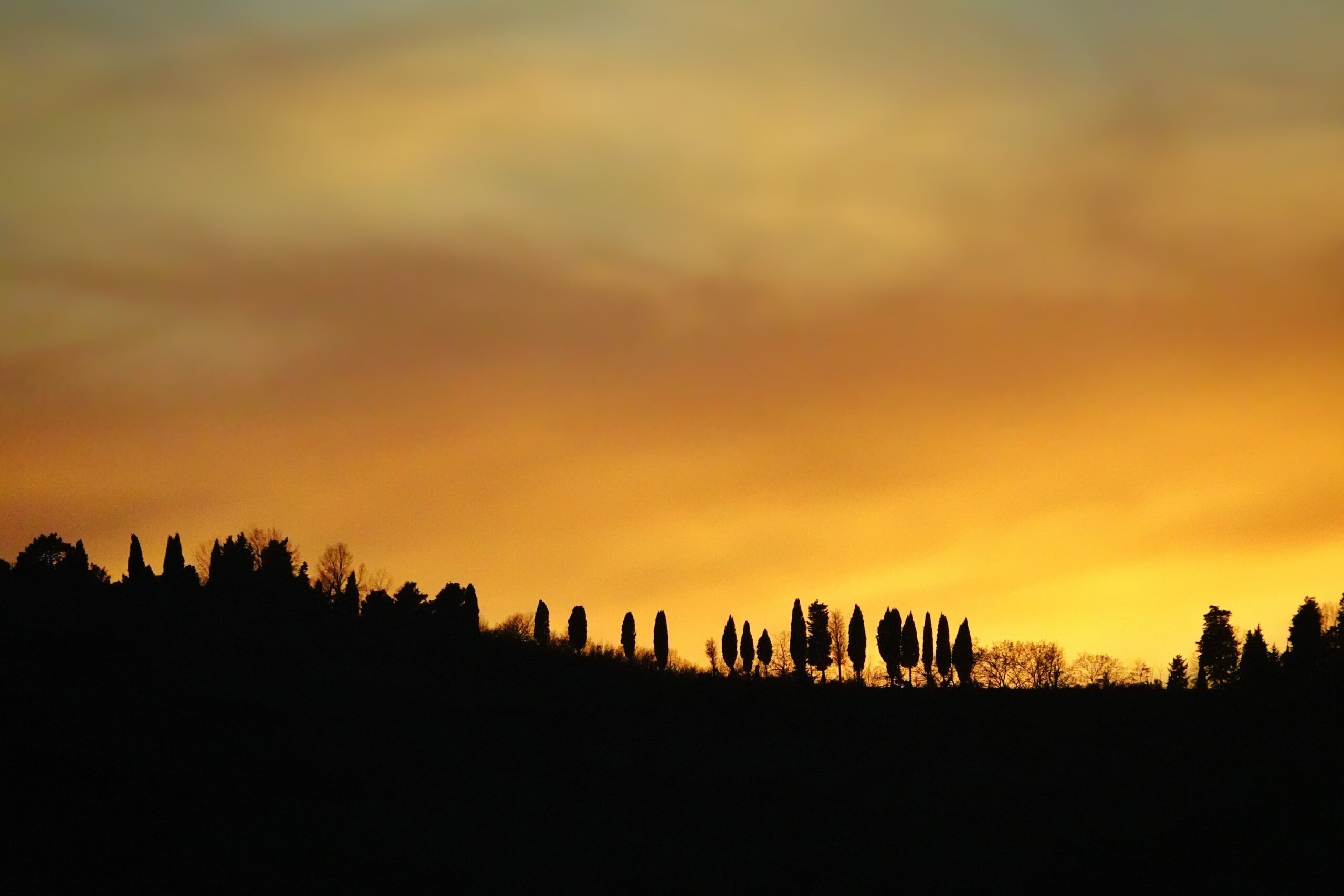 This photo was taken at sunset outside Siena, Italy in early spring. I wanted to capture the duality of the landscape’s natural elegance and manicured charm, summarized by the lines of Mediterranean Cypress winding with the roads through the rolling hills, which I believe is so perfectly characteristic of the region. Sunset seemed the optimal time to harness the power of this countryside by allowing for the juxtaposition of the iconic silhouettes against a golden background, simultaneously simplifying and amplifying the beauty of this region. Many of my favorite days in Italy were spent finding my way through Tuscany on trains and cars, and I really wanted to capture a quintessential moment of that experience to share.