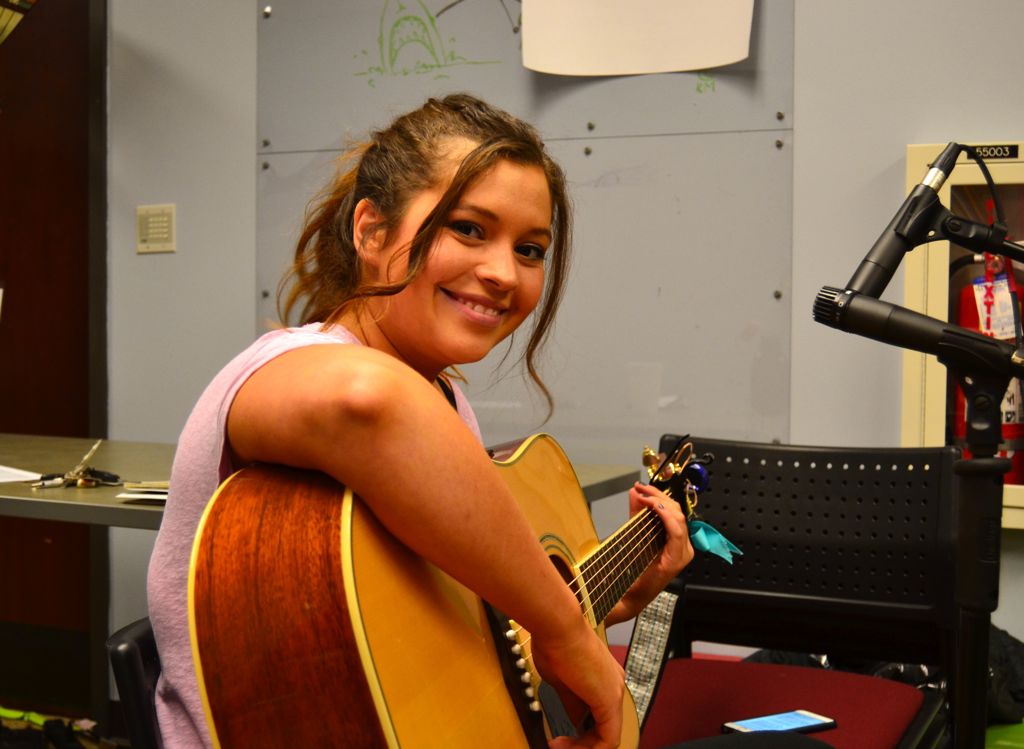 The Curb Scholars got an introduction to sound engineering in our studio. We were visited by a local songwriter and recorded one of his songs with piano and vocals. Then we recorded Curb’s own Celina Miranda playing and singing one of her original songs on guitar. Jeff and Matt taught the Curb Scholars the basics of using Logic to record and mix the tracks.