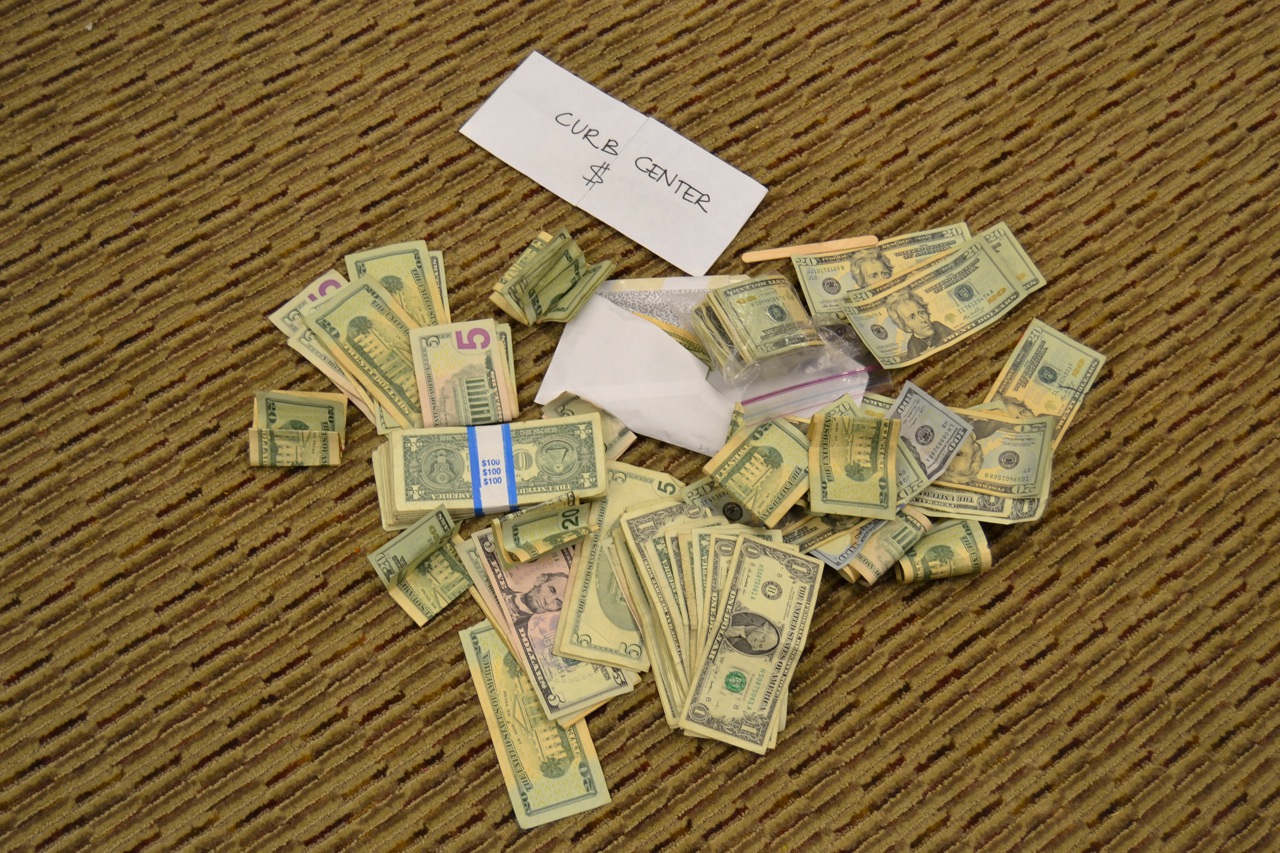 Curb Scholars bring in the money that they made during their weeklong creative enterprise challenge organized by Carnegie Mellon Assistant Professor of Art Jon Rubin.  Jon led the Scholars through a reflection on what skills and services are valued and by what audiences, and together they then brainstormed creative ways to reach these potential audiences.  Then the Scholars broke up into groups to work on reconceiving their projects for the semester as interactive and decentralized events and encounters with art, music, and culture on Vanderbilt’s campus.