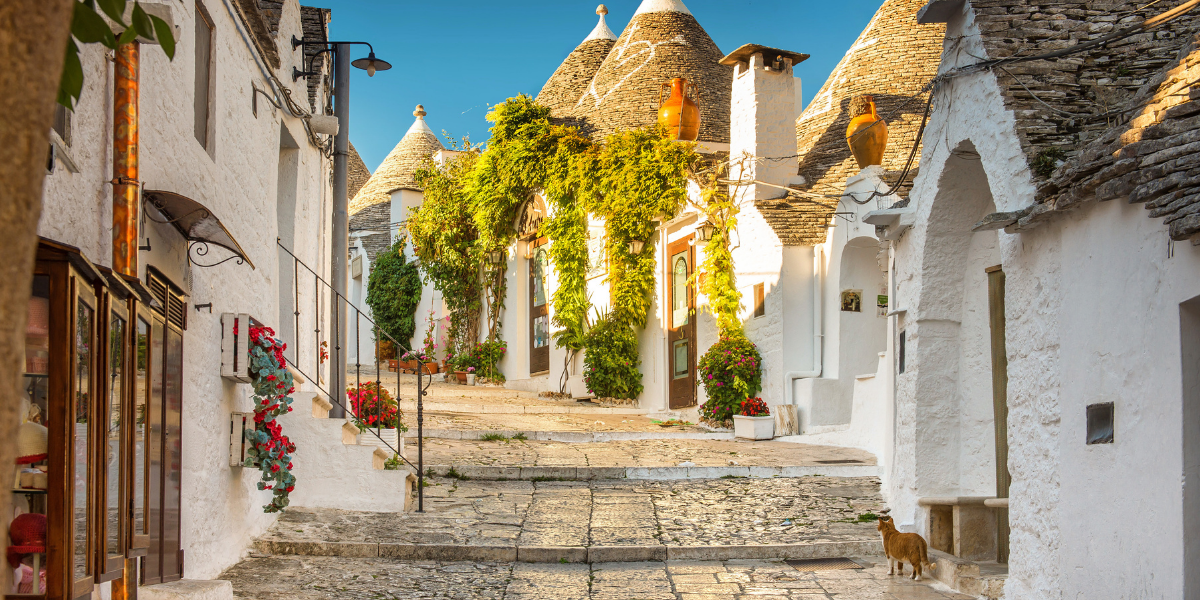 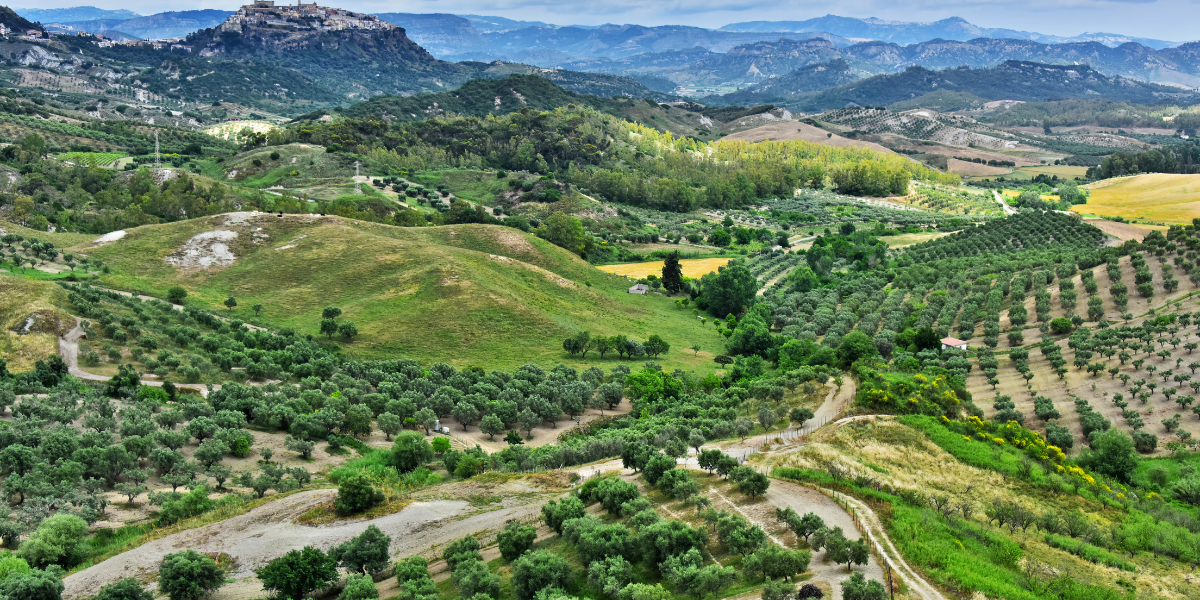 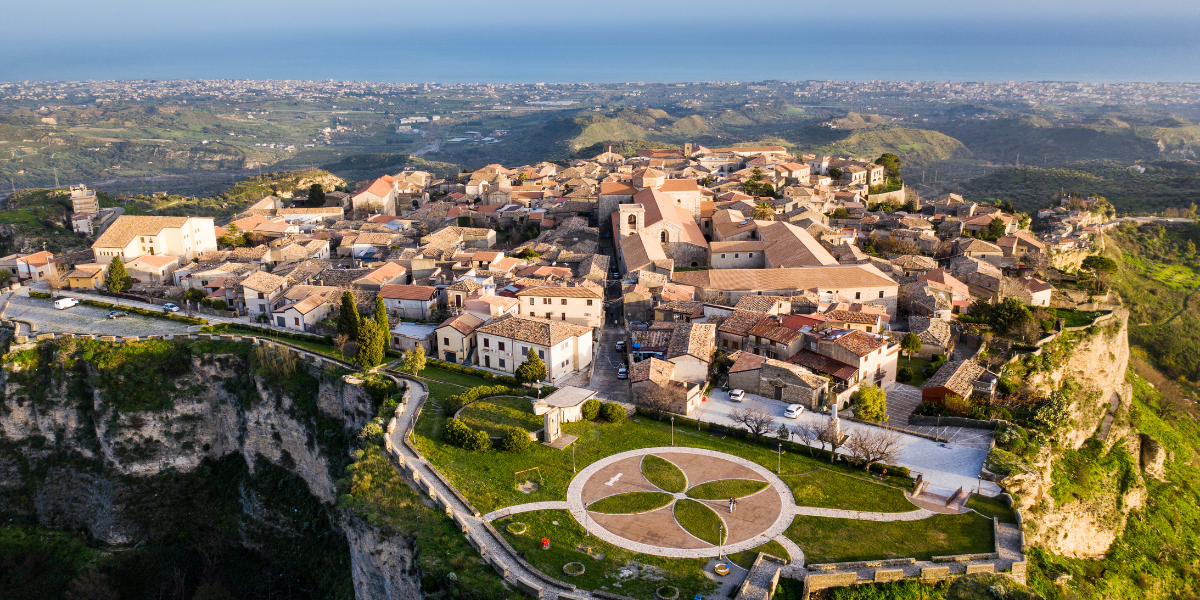 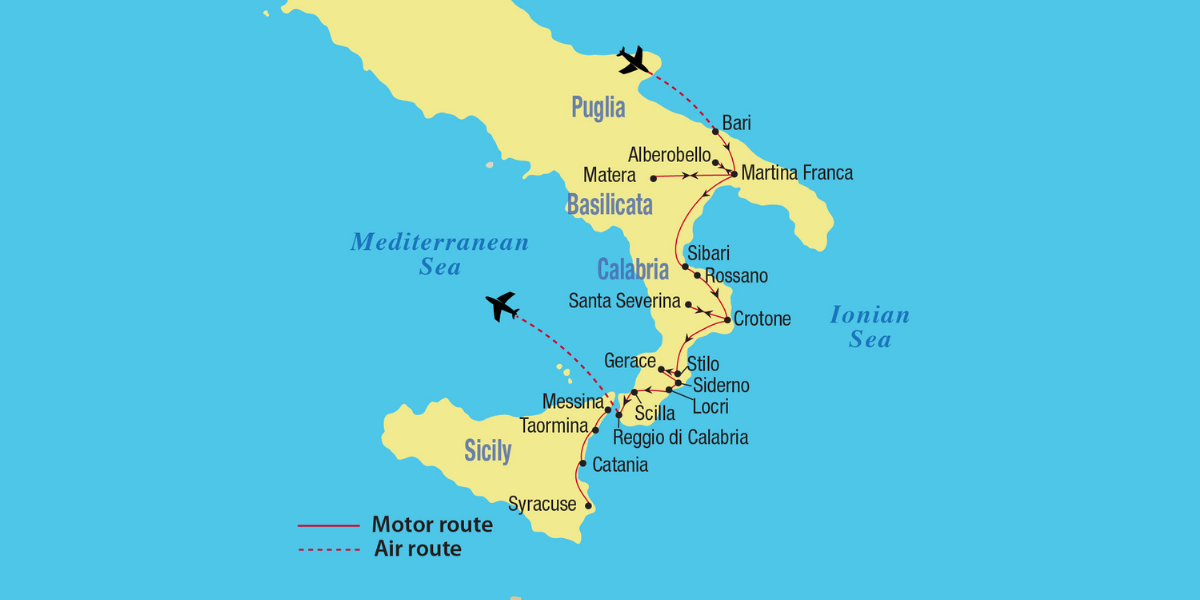 FROM $5,190 PER PERSON BASED ON DOUBLE OCCUPANCY.

The regions of Puglia, Basilicata and Calabria are rich in history and natural beauty, with ancient cities featuring glorious architecture, important archaeological remains, and bucolic villages that have changed little through the centuries. Known in antiquity as Magna Graecia, this part of Italy was sought after by a succession of empires eager to exploit its fertile land and convenient trade routes.

In Puglia, in the heel of Italy’s boot, we explore the fascinating village of Alberobello, a UNESCO World Heritage site that features over 1,500 ancient trulli buildings.

In the neighboring region of Basilicata, we visit another UNESCO site in Matera’s old town—a labyrinth of cave houses carved out of the limestone. In Calabria, the toe of the Italian boot, we tour ancient hilltop villages including Rossano, Gerace, and Santa Severina, which house treasures revealing Calabria’s long and rich history.

We conclude in Reggio di Calabria, which guards the Strait of Messina, and where we will see the celebrated Riace Bronzes. Along the way we will enjoy the magnificent countryside of vineyards, olive groves, and picturesque hill towns through which we travel, and we will feast on the local cuisine, including fruits and vegetables fresh from the garden, as well as regional specialties, including cheeses and wines.