The AmericasBarometer, one of the many and growing activities of LAPOP, is the only survey of democratic public opinion and behavior that covers the Americas. It is an effort by LAPOP to measure democratic values and behaviors in the Americas using national probability samples of voting-age adults. In 2004, the first round of AmericasBarometer surveys was implemented with eleven participating countries; the second took place in 2006 and incorporated 22 countries throughout the hemisphere. In 2008, 24 countries throughout the Americas were again included, and over 36,000 individuals. In 2010, 26 countries were included with Trinidad & Tobago and Suriname added for the first time, and over 43,000 individuals were surveyed. In 2012, 26 countries were included again, and over 41,000 surveys were carried out. The 2014 round includes surveys conducted in 28 countries across the Americas and more than 50,000 interviews. In the 2016/17 round, 29 countries were surveyed and more than 43,000 interviews were collected. The 2018/19 round, which marks the latest round of the AmericasBarometer, was conducted in 20 countries and includes more than 31,000 interviews. Common core modules and standardized techniques allow for comparison across individuals, between certain sub-national regions within countries, across countries, and over time.

You may also be interested in the 2018/19 regional report, LAPOP's AmericasBarometer takes the Pulse of Democracy  (Appendix). 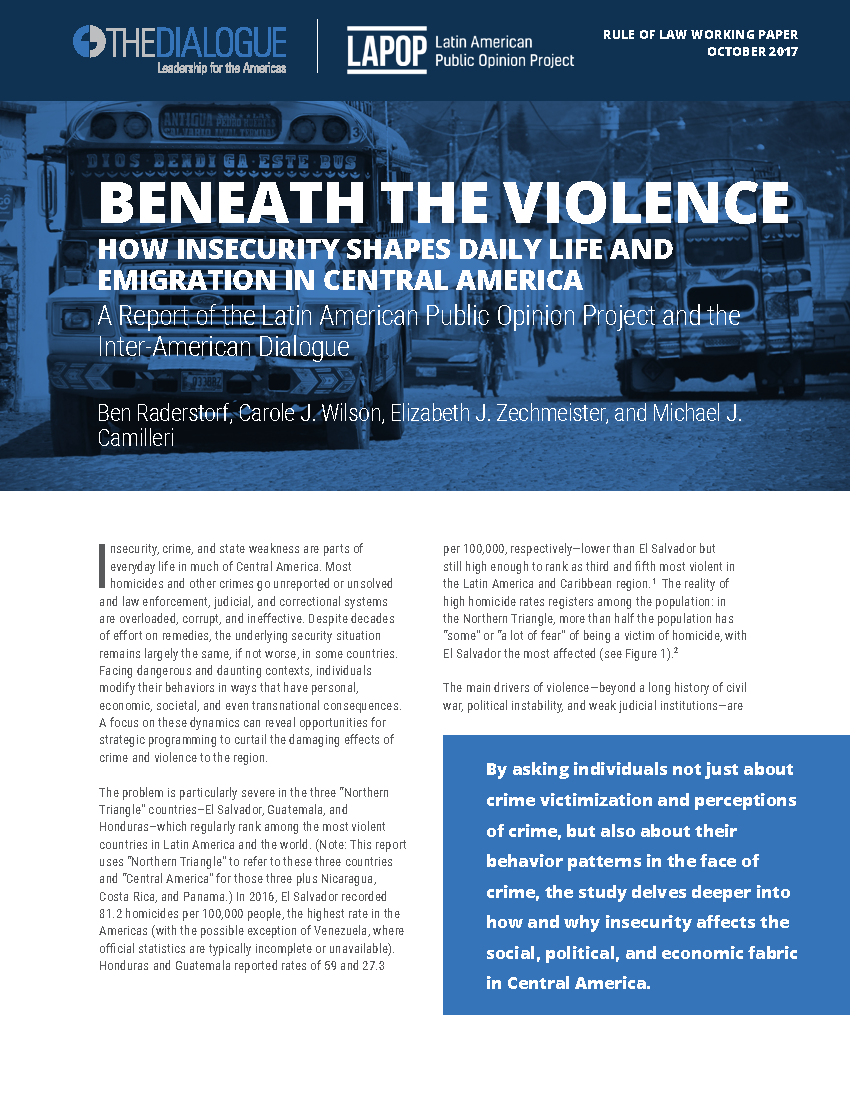