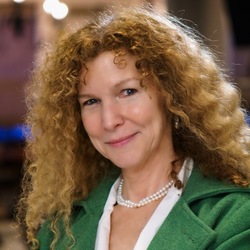 Corbette S. Doyle, is a Senior Lecturer of Leadership and Organizational Performance at the Peabody College at Vanderbilt University. Her research focuses on gender diversity at the leadership level. In addition to diversity, Corbette teaches graduate and undergraduate courses in strategy and analytics, and consults on equity, diversity, and inclusion strategies. Until she joined Vanderbilt’s faculty in the summer of 2008, Corbette was the Chair of the Health Care Industry practice and global Chief Diversity Officer at Aon, one of the two largest risk and health consulting firms in the world. For the latter role, she reported directly to the CEO.

Prior to her role as CDO, her responsibilities included leading a dozen different industry practices, launching new practice groups, acquiring companies, closing companies, and serving on the boards of companies that Aon invested in. She serves on multiple boards, including: Martin Methodist College, the Friends of REAL Foundation, and Evolve Women’s Foundation. She serves on the Mayor of Nashville’s Gender Equity Council and is an External Member of Nissan America’s Executive Diversity Council. She previously served on the Boards of Definity Health, Sterling Life Insurance, the Professional Liability Underwriting Association, the CPCU Board of Governors, ASHRM, and was the president of the Owen Alumni Board. She earned her doctorate at Northeastern University, graduated first in her EMBA class at the Owen School at Vanderbilt, and graduated Magna Cum Laude from SUNY Oswego in Economics (Major) and Math (minor).

Leigh Z. Gilchrist  is an Assistant Professor of the Practice and currently serves as the Director of the Undergraduate Human and Organizational Development (HOD) Program at Vanderbilt University, Peabody College.  She received her M.Ed. in Human Development Counseling and her doctorate in Higher Education Administration both degrees from Vanderbilt University. She has taught throughout the HOD program in courses that include health service delivery to diverse populations, small group behavior, mental health and mental illness, non-profit leadership, service-learning, and college student development.

Leigh’s research and practice interests focus on experiential education in both higher education and secondary education with particular focus on service-learning and community engagement. She has published and presented on a variety of topics exploring the relationship between academic service-learning and features such as academy-community partnerships, student development, servant leadership, small group dynamics, program design, and assessment.

As a consultant, Leigh works with local and national non-profits in the area of organizational systems, professional development, and program design. She also enjoys working with college and universities as well as K-12 institutions in developing their service-learning programs and their campus-community partnerships.

She lives in Brentwood, TN with her husband, two children, and dog.

Chalene Helmuth, Ph.D., is Senior Lecturer in the Department of Spanish and Portuguese and is Faculty Head of Sutherland House in the Martha Rivers Ingram Commons.

This semester she is teaching a first-year writing seminar entitled, “Ecocritical Perspectives in Latin American Fiction and Film,” and a new course, “Nashville en español.”

Jonathan Hiskey is Associate Professor of Political Science and Director of Graduate Studies at Vanderbilt University. Hiskey received his Ph.D. from the University of Pittsburgh, completing a dissertation, entitled Does Democracy Matter? Electoral Competition and Local Development in Mexico, that was awarded the American Political Science Association's Gabriel A. Almond award for best dissertation in comparative politics. His longstanding research interests have centered on local development patterns in Latin America and, in particular, the political and economic consequences of Latin America's highly uneven democratic landscape. Hiskey has carried out extensive fieldwork on these questions in Mexico and, more recently, Argentina.

Hiskey's other line of research addresses several issues related to Latin American migration. First, he has explored the question of why people choose to emigrate, with a particular focus on those deciding to leave from the northern region of Central Americal, and the role crime and violence play in that decision. Second, he has examined the political impact of emigration on the thousands of sending communities across Latin America. His work on these questions has appeared in such journals as the American Journal of Political Science, British Journal of Political Science, Comparative Politics, Electoral Studies and the Latin American Research Review. Hiskey also was a contributor and co-editor of a special volume of the Annals of the American Academy of Political and Social Science entitled "Continental Divides: International Migration in the Americas."

McGuire is Senior Lecturer in Musicianship and Director of Faculty Affairs at the Blair School of Music.  A leading opera librettist, McGuire has written texts forThe Secret of Luca and Roscoe(based on the novel by Pulitzer Prize winner William Kennedy) with music by Evan Mack, as well as Lucinda y Las Flores de la Nochebuena, a children's opera that has played for over 15,000 children, including annual performances by the San Francisco Opera Guild.  His one-act opera The Ghosts of Gatsby, based on the life of Zelda Fitzgerald, was commissioned by Samford University in 2018.  Mack & McGuire are currently writing a multi-company commission for a comedy entitled Yeltsin in Texas!

In 2015, McGuire was commissioned to write a libretto for Washington National Opera's American Opera Initiative.  He is also the author of The Secret of Music: a look at the listening life, a book of nonfiction essays on music and mindfulness, and a Yaddo fellow.  He is represented by Margaret O’Connor of Innisfree Literary.  www.joshuamcguire.com

Ole Molvig is an assistant professor in the departments of History and Communication of Science and Technology (CSET). He works at the intersection of the humanities and emergent technology, exploring the interaction of science, technology, and society in the past, present, and future.  How did Albert Einstein, and his theories, become seen as revolutionary?  How has, and how will, digital innovations like artificial intelligence or virtual reality impact society?  How does magic become technology?  These are the types of questions he explores, researches, and teaches.

His regular course offerings include a survey of the modern sciences, as well as more focused graduate and undergraduate seminars in the history of science, the history of technology, innovation, the scientific revolution, the digital humanities and virtual reality design.

He has also founded the emerging tech lab at the Wond’ry, devoted to enhancing student exposure to and projects in areas such as extended reality, autonomous mobility, or video game and simulation design. Molvig also curates the Garland historical instruments collection.

He joined Vanderbilt following 4 years on the faculty at Yale. He completed his B.S. degrees at the University of Wisconsin in Physics, Astronomy, and History of Science, and did his graduate work at Princeton University where he examined the creation of and responses to Albert Einstein's General Theory of Relativity for his Ph.D. in History.

Professor Molvig lives on the Vanderbilt campus in E. Bronson Ingram College with his wife, three children and dog Pixel. 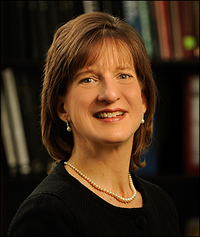 Cynthia B. Paschal, Ph.D., is Senior Associate Dean for Undergraduate Education in the School of Engineering at Vanderbilt University.  As such, she is responsible for all aspects of the undergraduate experience for engineering and computer science students.  In previous roles in the Dean’s Office, she oversaw interactions with industry including recruiting employers and coordinating the advisory board.  She was responsible for the school's international relations including facilitating one of the highest percentages of engineering and computer science students studying abroad of any US university.

Paschal's research background is in cardiac and pulmonary vascular magnetic resonance imaging.  She wrote the #1 downloaded paper in 2004 for the Journal of Magnetic Resonance Imaging.  Her passion for teaching is reflected in several awards including the Ellen Gregg Ingalls Award for Excellence in Classroom Teaching and the Tau Beta Pi – TN Beta teaching award.  She has interests in engineering design education and has overseen the design program and annual exposition.  She teaches service learning courses involving biomedical engineering in resource limited settings in Guatemala.  Her service to the university includes chairing the Faculty Senate and serving as University Marshal.  She is the proud parent of two daughters, enjoys engagement with St. George’s Episcopal Church, and stays active through hiking, swimming, and other activities.

Frank Wade is a native of Nashville, and has been affiliated with Assured Partners (formerly Wade & Egbert) for 45 years.  Within the community Frank is a ruling Elder at Westminster Presbyterian Church and is currently a board member for the Mary Parrish Center and Cumberland Heights where he serves as Chair of the Development Committee.   He has served as past board chair for the Martha O’Bryan Center, the Tennessee Chapter of the Cystic Fibrosis Foundation, Nations Ministry Center, and Travellers Rest Historic Home. He has served as past President of the Battle Ground Academy Alumni Association, the Nashville Chapter of the  Birmingham-Southern Alumni Association and the Insurors of Nashville.  He was a finalist for Board Member of the Year and also was nominated for a Mary Katherine Strobel Award.  Frank and his wife Sissy have 2 adult sons, Will who lives in Baton Rouge with his wife Lauren and their daughter Caroline and Jay who lives in Chicago and is engaged to be married in the summer of 2019.

Frank has worked with the Ingram Scholars Program since 2009.

Jeff Gowdy is the Director of Consulting and Business Development at Sustainserv, Inc., an international consultancy that has supported dozens of companies, municipalities, and projects around the world develop sustainability strategies, programs, and communications that meet the demanding expectations of their stakeholders. Jeff is a thought leader and award-winning practitioner in sustainability and social responsibility, particularly in the areas of Reporting, Goal Setting, and Materiality. He serves on the Technical Advisory Group for the CDP Science Based Targets project and teaches at Vanderbilt University.

Jeff graduated from theUniversity of Virginia with a Bachelors of Science in Systems Engineering and from Vanderbilt University with a Masters of Business Administration in Strategy and Environmental Management. He graduated both programs with Honors and recieved the Owen Service Award for his leadership of the Net Impact and ONE Vanderbilt organizations.