The Homunculi and I: Lessons from Building Organs on Chips

Where should we look for our keys (pdf 3.2mb)
Presented by John Wikswo at the Keck Foundation Roundtable Discussion on the Future of Science in Los Angeles, May, 2006.

The need for dynamic sensing and control of cells to specify and validate systems biology models (pdf - 10.8mb)
Presented by John Wikswo at the Systems Biology Lecture Series, University of Michigan, November 2004.

VIIBRE, Vanderbilt Institute for Integrative Biosystems Research and Education and the Cellular Instrumention and Control Project .
Presented by John Wikswo and Franz Baudenbacher at Vanderbilt Nanodays, October 2002. (May require IE 5.0 or later) 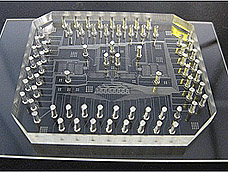 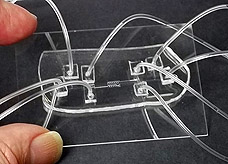