INTERNATIONAL LENS, a film series with a global perspective, provides a forum to promote conversation among Vanderbilt’s diverse community of students, faculty, and staff. International Lens endeavors to transcend geographic, ethnic, religious, linguistic, and political boundaries by encouraging conversation and greater cross-cultural understanding through cinema. The series is a collaboration among Dean of Students of offices, and, departments, centers, and programs across the University.

In this video-game influenced sci-fi film, which is shot entirely from a first-person perspective, Henry is resurrected from death with no memory, and he must save his wife from a telekinetic warlord with a plan to bio-engineer soldiers. English/Russian. Rated R. 96 min. Blu-ray. Presented in collaboration with the Department of German, Russian, & East European Studies.

Karski & the Lords of Humanity Jan Karski, as a member of the Polish underground, infiltrated the Warsaw Ghetto, a Transit Camp, then carried his eyewitness reports of the atrocities to Britain and the United States to inform the Allied powers of Nazi crimes against the Jews of Europe in an effort to prevent the Holocaust. 72 min. DVD. Presented in collaboration with the Holocaust Lecture Series and the Tennessee Holocaust Commission.

In her directorial debut, Shinde explores the tension between notions of traditional Indian womanhood and contemporary values through the story of Shashi,a quiet, sweet-tempered housewife who endures condescension from her well educated husband and daughter because of her inability to speak and understand English. She is resourceful and open-minded, which go unnoticed. On a trip to visit her sister in Manhattan she decides to enroll in an English Learners class and meets a host of new people who teach her to value herself beyond the narrow perspective of her family. The film was the vehicle for the triumphant return to the screen of Sridevi, one of India’s most celebrated actresses. Hindi|English|French|Tamil|Telugu with English subtitles. 133 min. DVD. Presented in collaboration with the Vanderbilt South Asian Cultural Exchange and the Asian Studies Program. Centered on race in the United States criminal justice system, this thought-provoking documentary engages scholars, activists, and politicians to analyze both the criminalization of African Americans and the U.S. prison boom. The film is titled for the Thirteenth Amendment to the United States Constitution, which outlawed slavery (except as punishment for a crime). DuVernay’s film argues that slavery is being effectively perpetuated through mass incarceration. English. TV-MA. 100 min. Streaming. Presented in collaboration with the Bishop Joseph Johnson Black Cultural Center.

Lupe Under the Sun

Lupe Under the Sun
Wednesday, February 15 Presented by: Professor William Luis, Director of the Latino and Latina Studies Program and Gertrude Conaway Vanderbilt Professor of Spanish.

Lupe Under the Sun is a first-of-its-kind film that uses non-actors, real farmworkers living in the heart of California, to tell a moving drama about an aging peach picker who wants to go back to his home in Mexico before he dies. This film tackles issues of depression, homesickness, and the immigrant myth of the American Dream. Winner of Film Independent’s Canon Filmmaker Award, Reyes’s film heralds the arrival of an important new voice in American cinema. English and Spanish. Spanish Subtitles.  Blu-ray. 78 min. Presented in collaboration with the Latino and Latina Studies Program.

Half of a Yellow Sun

Half of a Yellow Sun
Wednesday, February 22nd

This award-winning drama, based on the novel Half of a Yellow Sun by Chimamanda Adichie, is a love story based in Nigeria. Olanna and Kainene, two sisters, return home to 1960s Nigeria, where they soon diverge on different paths. Civil war then unites the two sisters as they join the fight to establish an independent republic. The sisters become caught up in the astonishing violence of the Nigerian Civil War and deceit that threatens their home life. English. Rated R.  Blu-ray. 111 min. Presented in collaboration with the Vanderbilt African Student Union.

First-time director Taryn Brumfitt explores the complex issue of body image. Told from the point of view of Brumfitt, who travels the world talking to a range of people–experts, everyday women, and public figures–the film examines what causes body dissatisfaction and considers ways that people can learn to embrace their bodies. English. 90 min. Blu-ray. Presented in collaboration with Go Figure and the Margaret Cuninggim Women’s Center.

Presented by: Benjamin Legg, Senior Lecturer in the department of Spanish and Portuguese.

An epic tribute to F.W. Murnau’s 1931 film of the same name, and the most widely distributed and critically acclaimed Portuguese film released in decades, Tabu tells an enchanting tale of love and loss that unsettles the audience with its portrayal of colonial nostalgia in a postcolonial world. Beautifully filmed in black and white, Tabu jumps between a bleak contemporary Lisbon in the recent years of economic crisis and a fictionalized, wistful portrayal of colonial Mozambique as it recounts an ill-fated love affair that continues to resonate in the characters’ worlds. “One of the most original and inventive—as well as trenchantly political and painfully romantic–films of recent years.” Richard Brody, New Yorker.Portuguese with English subtitles. 118 min. DVD. Presented in collaboration with the Department of Spanish & Portuguese.

Carow (Coming Out, The Legend of Paul and Paula)explores the dramatic reality of romantic relationships in a divided Germany in Die Verfehlung (The Mistake. Carow’s retrospective look into East German life reveals a world of surveillance, isolation, desperation, and revenge in the German Democratic Republic. German with English subtitles. 105 min. DVD. Presented in collaboration with the department of German, Russian, and East European Studies Department. Film on loan from the DEFA Film Library at University of Massachusetts, Amherst.

Set in contemporary Iran, A Separation has been celebratedas one of the best films of 2011 (winning the Academy Award for Best Foreign Language Film). It concerns the dissolution of a marriage, the stress of caring for an elderly family member, and the drama of class and religious difference. Farsi with English Subtitles. 123 min. 35mm. Presented in collaboration with Cinema & Media Arts

Sergio, a wealthy bourgeois aspiring writer, decides to stay in Cuba after the revolution, even though his wife and friends flee to Miami. Sergio reflects on the changes in Cuba, from the Castro Revolution to the missile crisis, the effect of living in an underdeveloped country, and his relationships with his girlfriends, Elena and Hanna. Memories of Underdevelopment is a complex character study of alienation during the turmoil of social changes. The film is told in a highly subjective point of view through a fragmented narrative that resembles the way memories function. Spanish with English Subtitles. Digital file. 97 minutes.  Presented in collaboration with The Latino and Latina Studies Program and the Center for Latin American Studies. Restored by the Cineteca di Bologna at L’ Immagine Ritrovata laboratory in association with Instituto Cubano del Arte e Industria Cinematograficos (ICAIC ). Restoration funded by the George Lucas Family Foundation and The Film Foundation’s World Cinema Project.

70 year-old Luis Vargas sits in front of his crumbling art deco building in downtown Havana reading the Communist newspaper. He notices an obituary for Isabela Muñoz, a once renowned modern dancer, and attends her funeral, standing apart from the rest of the mourners. That night he can’t sleep and is tormented by a fragment of the melody from her famous performance in 1967. His friend Ovilio suggests completing the melody as a way of letting go, but after a meandering search through the streets of Havana, Luis is led even deeper into a world of memory he has spent decades trying to forget. As scenes from his dramatic affair with Isabela unfold into his consciousness of daily life Luis begins to see parallels in the strained marriage of his young neighbors and the memories of his parents from his childhood in the provinces. Realizing his place in a cycle of failed intentions the old man tries to make a break. Spanish with English subtitles. Blu-ray. 90 minutes. The first American directed and/or produced film shot in Cuba since the revolution. The first American film invited to premiere at the Havana International Film Festival. 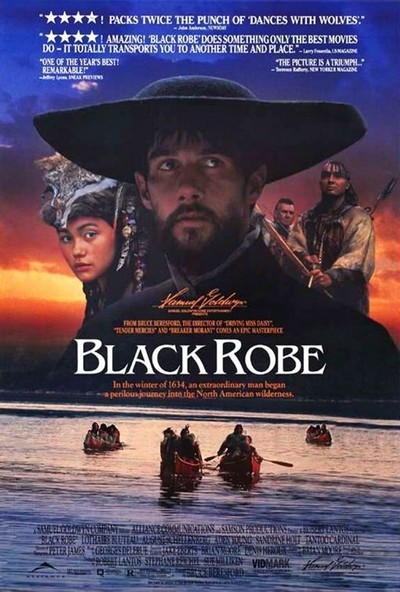 A Jesuit priest and his companion come to the New World on a mission to convert Native Americans. Confronting the inhospitable Canadian winter, the two Europeans take learn very different lessons about their relationship to the land and people they encounter. Beautifully shot but dark both visually and emotionally, the film forces the viewer to think about religion, colonization, and cultural encounter. Critically acclaimed in many quarters, the film provoked strong responses from indigenous communities in Canada. English, Latin, Cree, Mohawk, Algonquin. 101 min. DVD Presented in collaboration with the Department of French & Italian

France/Mauritania (2014) Dir. Abderrahmane Sissako. Not far from the ancient Malian city of Timbuktu, cattle herder Kidane lives peacefully in the dunes with his wife, their daughter and their twelve-year-old shepherd. In town, the people suffer from the regime of terror imposed by the Jihadists determined to control their faith. Music, laughter, cigarettes, even soccer have been banned. The women have become shadows but resist with dignity. Every day, the new improvised courts issue tragic and absurd sentences. Kidane and his family are spared the chaos that prevails in Timbuktu, their destiny changes abruptly. Arabic, French, Tamasheq, Songhay, English, and Bambara with English Subtitles. 97 minutes. Blu-ray. Presented in collaboration with the Vanderbilt Trans-Institutional Program: Africa at the Crossroads.

This documentary film follows the personal transformation and activism of Moises Serrano, a young, undocumented and queer immigrant living in rural North Carolina. It is anticipated that Mr. Serrano will be in attendance at the screening. English. 90 min. DVD. Presented in collaboration with the Center for Medicine, Health, & Society; The Latino & Latina Studies Program, and LGBTQI Life. 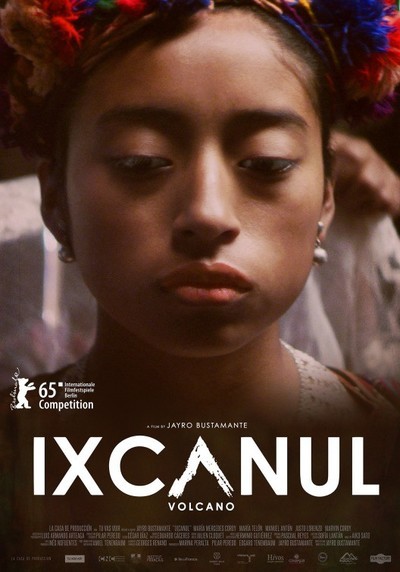 Ixcanul (which translates to ‘volcano’ in Kaqchikel Mayan) is the coming-of-age story of Maria, a 17-year-old Mayan girl reluctant to embark on an arranged marriage with the coffee plantation foreman. The film illustrates the larger social issues confronting Guatemala’s indigenous people caught between rural and contemporary urban lifeways.  This brilliant directorial debut captures the contrast between the characters’ rich customs and history and the exploitation they face.  The film was Guatemala’s first-ever entry into the Best Foreign Language Film Oscar (2015).  Kaqchikel with English subtitles. 100 Minutes. Presented in Collaboration with the Center for Latin American Studies.

Winner of the Palme d’Or at the 2016 Cannes Film Festival, the film is a gripping, human tale about the impact one man can make. Gruff but goodhearted, Daniel Blake (Dave Johns) is a man out of time: a widowed woodworker who’s never owned a computer, he lives according to his own common sense moral code. But after a heart attack leaves him unable to work and the state welfare system fails him, the stubbornly self-reliant Daniel must stand up and fight for his dignity, leading a one-man crusade for compassion that will transform the lives of a struggling single mother (Hayley Squires) and her two children. Graced with humor and heart, I, Daniel Blake is a moving, much-needed reminder of the power of empathy. English. Rated R. 100 min. Blu-ray