The series is coordinated by the Program in Cinema & Media Arts in collaboration with the College of Arts and Science, Dean of Students offices, and other departments, centers, and programs across the University. 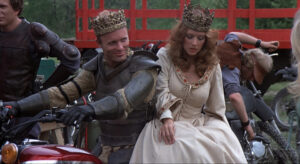 A medieval reenactment troupe of hardened bikers find it increasingly difficult to keep their family-like group together, with pressure from local law enforcement, interest from entertainment agents and a growing sense of delusion from their leader. English. 146 min. 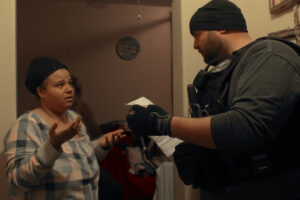 This docuseries takes a deep look at the state of U.S. immigration, utilizing unprecedented access to ICE operations and moving portraits of immigrants. Episode 06: Prevention Through Deterrence – Heart wrenching efforts to identify and recover one of the thousands of children who disappeared crossing the border. English. 64 min.

**Prior to the screening, visitors are encouraged to view the related exhibit “Hostile Terrain” in the Sarratt Gallery just outside the cinema.

This participatory art installation includes a map of the Arizona-Mexico border and approximately 3,400 handwritten toe tags that represent migrants who have died trying to cross the Sonoran Desert. Sponsored by the Center for Latin American, Caribbean and Latinx Studies 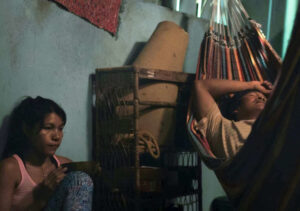 The Fever (A Febre)

Justino, a security guard at the Manaus harbor and 45-year-old member of the indigenous Desana people, has turned his back on his village and its traditional way of life a long time ago. As his daughter prepares to leave him to study medicine in Brasilia, Justino is taken over by a mysterious fever. Portuguese with English subtitles. 98 min. 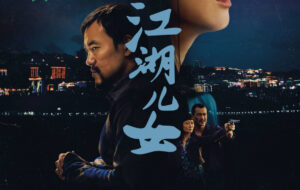 Ash is the Purest White

In an industrial city in China, a young dancer named Qiao falls in love with Bin, a slick gangster. When a fight breaks out between rival gangs, Qiao fires an illegal weapon to protect Bin and is sent to prison for five years. Yet when she emerges, Qiao finds herself abandoned and sets her sights on revenge. Mandarin Chinese with English subtitles. 136 min. 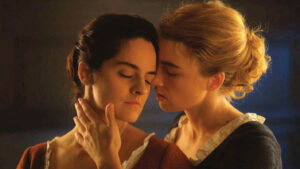 Portrait of a Lady on Fire

In 18th century France a young painter, Marianne, is commissioned to do the wedding portrait of Héloïse without her knowledge. Therefore, Marianne must observe her model by day to paint her portrait at night. Day by day, the two women become closer as they share Héloïse’s last moments of freedom before the impending wedding. French/Italian with English subtitles. 122 min. 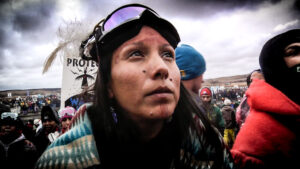 Awake: A Dream from Standing Rock

This documentary captures the story of the Standing Rock Sioux Tribe in North Dakota as they garner world attention through their peaceful resistance against the US government’s plan to construct the Dakota Access oil pipeline through their land, threatening the drinking water of 18 million people and their Indigenous sovereignty. English. 89 min. 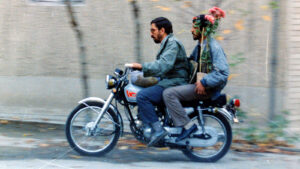 This fiction-documentary hybrid uses a sensational real-life event—the arrest of a young man on charges that he fraudulently impersonated the well-known filmmaker Mohsen Makhmalbaf to convince a well-to-do family they would star in his new film—as the basis for a stunning, multilayered investigation into movies, identity, artistic creation, and existence, in which the real people from the case play themselves. Persian/Azerbaijani with English subtitles. 98 min. 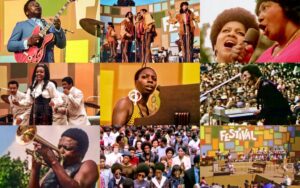 Part music film, part historical record – this documentary is about the legendary 1969 Harlem Cultural Festival that celebrated Black history, music, culture, and fashion. The event took place just one hundred miles south of Woodstock, in Mount Morris Park, over the course of six weeks in the summer of 1969. Summer of Soul (…Or, When the Revolution Could Not Be Televised) shines a light on the importance of history to our spiritual well-being, as well as the healing power of music during times of unrest, both past and present.  English. 118 min. 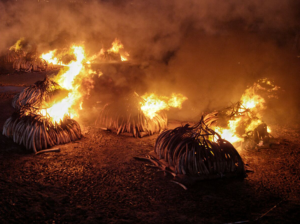 This film explores the emerging concept of a geological epoch called the Anthropocene, defined by the impact of humanity on natural development. Filmmakers travel over six continents to create a cinematic meditation on humanity’s massive reengineering of the planet. At the intersection of art and science, the film witnesses a critical moment in geological history – bringing a provocative and unforgettable experience of our species’ breadth and impact. English. 87 mins

Films screen in Sarratt Cinema at 7:30pm unless otherwise noted.