Dean Benbow's scholarship has concentrated predominately on academically talented children. Yet her efforts in the educational policy arena are much broader - on equity and ensuring the optimal development of all children through individualized educational services that capitalize on strengths, build on high expectations, promote competence, and focus on outcomes. Her research seeks to identify different "types" of academically talented adolescents, characterize them, and then discover effective ways to facilitate their development.

Through the longitudinal study of over 5000 individuals of the Study of Mathematically Precocious Youth (SMPY), she examines developmental trajectories and the impact of educational interventions over the lifespan. This longitudinal study is in its third decade and will continue until at least its 50th year.

In addition to studying talent development, she is interested in precocity's fundamental nature. In collaboration with other investigators, she is seeking to understand advanced development from multiple perspectives, such as, ways in which verbally versus mathematically precocious youth process verbal/numerical information to biologically based designs. 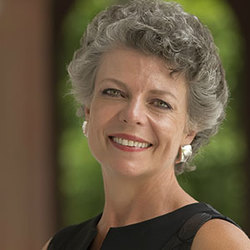 Will not be accepting new graduate students for Fall 2022