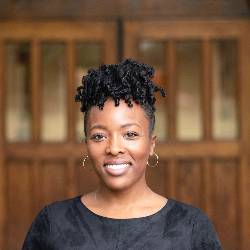 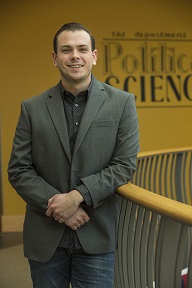 Graduate affiliate, Michael Shepherd had a very successful 2020. He was presented with  the department of Political Science's Outstanding Graduate Student Paper for his work entitled “The Politics of Pain: Medicaid Expansion and the Opiod Academic.”.  He also received the Timothy E. Cook Best Graduate student paper award from the American Political Science Association’s Political Communications Section for  “Look Up at the Mansion on the Hill: Does Mass Media Activate the Politics of Resentment.” which was co-authored by former graduate affiliate Marc Trussler.

Michael also co-authored 2 published articles.  "The Politics of Locating Polling Places: Race and partisanship in North Carolina Election Administration, 2008-2016" was featured in Election Law Review and "The Effect of Big-city News on Rural America During the Covid-19 Pandemic in the Proceedings of the National Academy of Science. 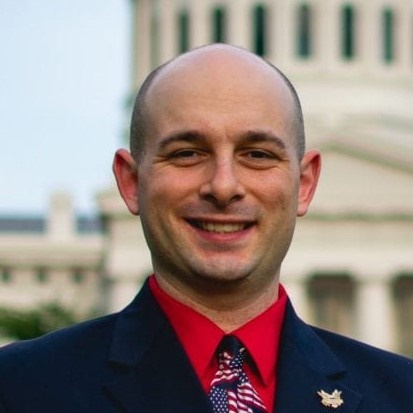 David received his Ph.D. in Political Science from Washington University in St. Louis.  His research focuses on the presidency, organized interests, and legislative politics and addresses substantive issues including representation and inequality in political voice.  His book project explores how presidents engage with organized interests to pursue their goals. 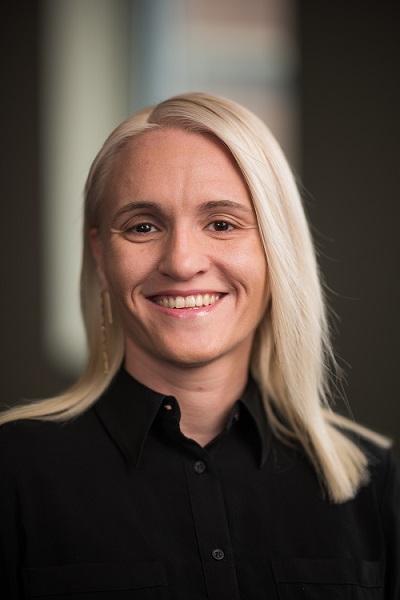 Marzia received her Ph.D. in Political Science from the University of Michigan in 2020. Her research focuses on how gender-related attitudes and identities influence U.S. public opinion, candidate evaluations, campaigns and elections, and voter as well as legislator behavior. At Vanderbilt University’s CSDI, she plans to expand on her dissertation and transform the resulting research into a book manuscript, titled The Feminist Paradox: How Labels Keep Women Candidates from Equal Representation.

We all were excited to see Co-Director, Larry Bartels’ Unequal Democracy being part of question on Jeopardy! The category was Obama's reading list and Nina was correct for $1,600. 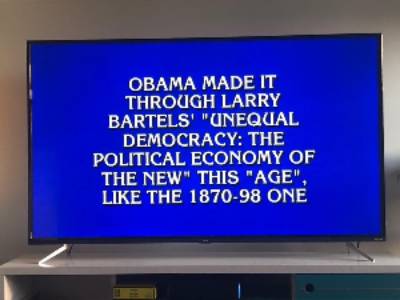 "Safer at Home" has not slowed us down!

Here is a sample of what we have been up to:

The Washington Post: Negative views of Asian people have risen in both parties - John Sides

CNBC: Coronavirus could push Americans to lobby for a social safety net like Europe's experts say - Josh Clinton is quoted

The Atlantic: The economy is collapsing. So are Trump’s reelection chances. - Larry Bartels is quoted.

NBC News: Delay the November Election? What voters think about the coronavirus and the campaign -Josh Clinton 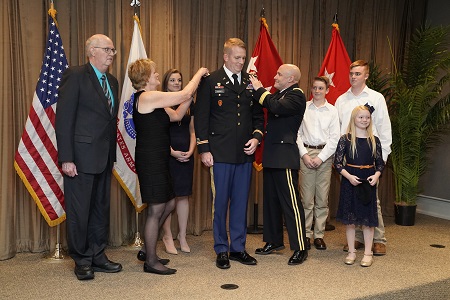 LTC Hagner is one of four Army officers attending Vanderbilt through the Army's Advanced Strategic Planning and Policy Program (ASP3).  ASP3 is a Chief of Staff of the Army initiative to develop strategic thinkers and future strategic leaders.  LTC Hagner's research focuses on institutions, the defense appropriations process, and national security outcomes.   Following completion of his dissertation next Spring, LTC Hagner will return to the Army to continue his military career. 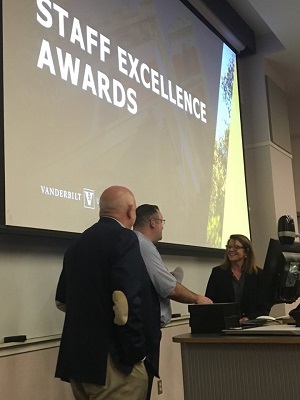 These awards recognize individuals who have provided outstanding service to faculty and students or who in other ways have significantly advanced the mission of the college in the previous academic year. 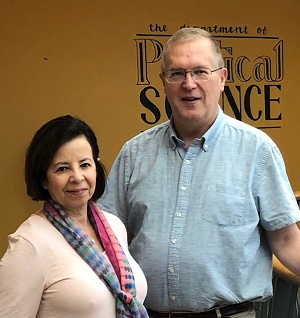 Damarys, professor of political science at the University of Illinois and long-time LAPOP collaborator, studies comparative political behavior, especially in Latin America. Her current project examines the nature and consequences of polarized political attitudes in Venezuela.

Jeff, the James M. Benson Chair in Public Issues and Civic Leadership at the University of Illinois, studies American and cross-national political behavior and political psychology. He is currently developing a conceptual and empirical framework for exploring citizen competence using a task-based approach. 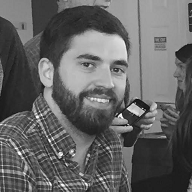 CSDI is happy to announce that 2019-2020 postdoc Shawn Patterson has started his appointment. Patterson received his Ph.D. in Political Science from UCLA. His research focuses on the influence of political parties and interest groups in primary elections. The work stems from a larger collaborative project, Parties on the Ground, a multi-method approach to understanding nominations and the composition of political parties.

Oppenheimer Reconsidered was a great success! 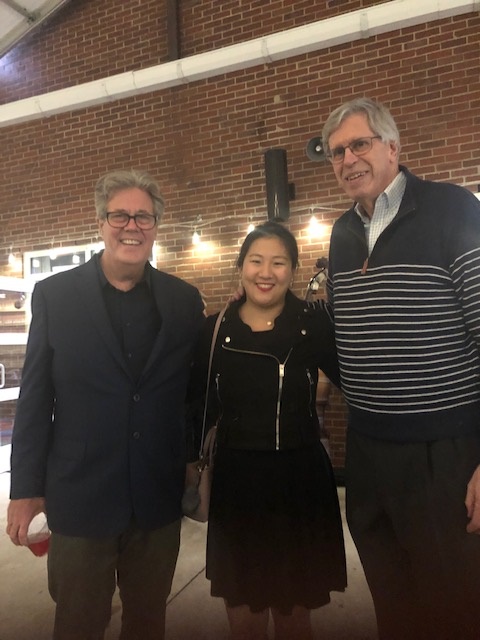 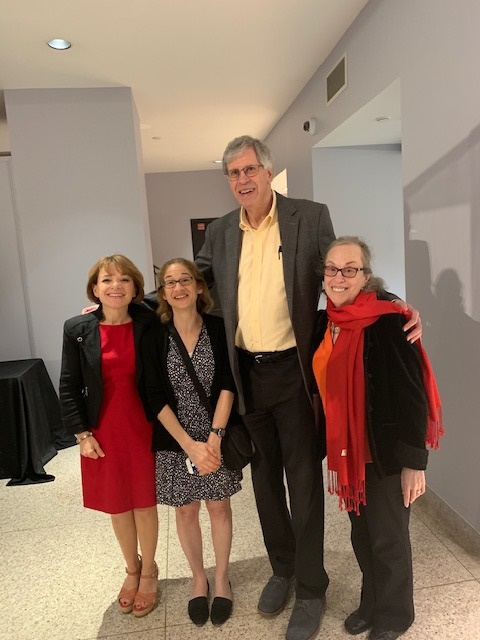 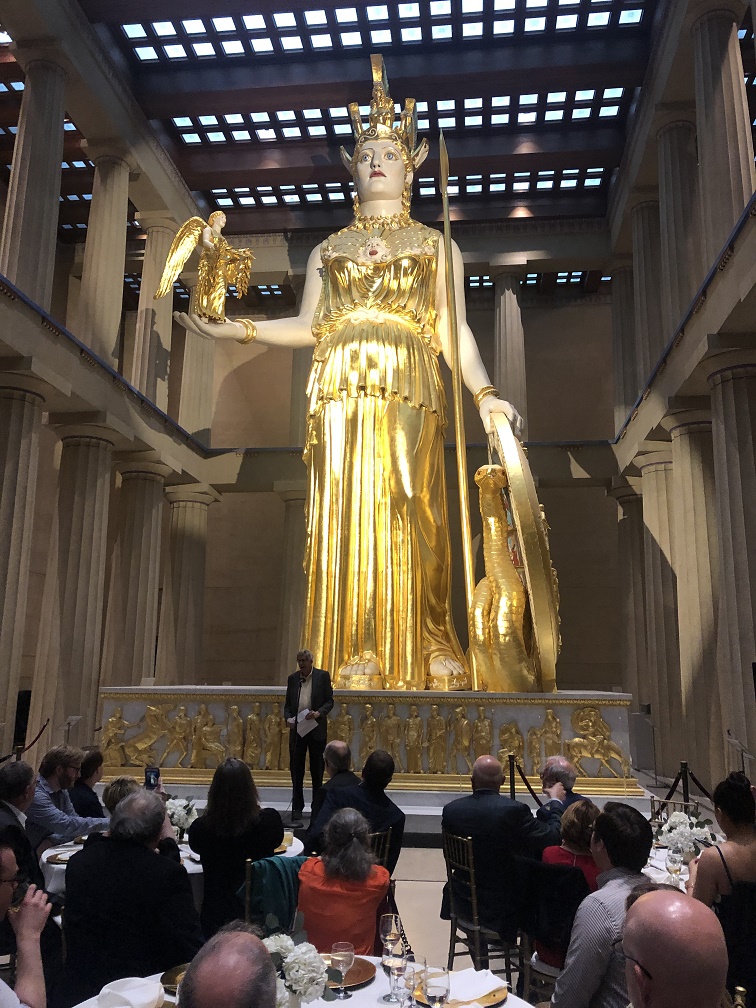 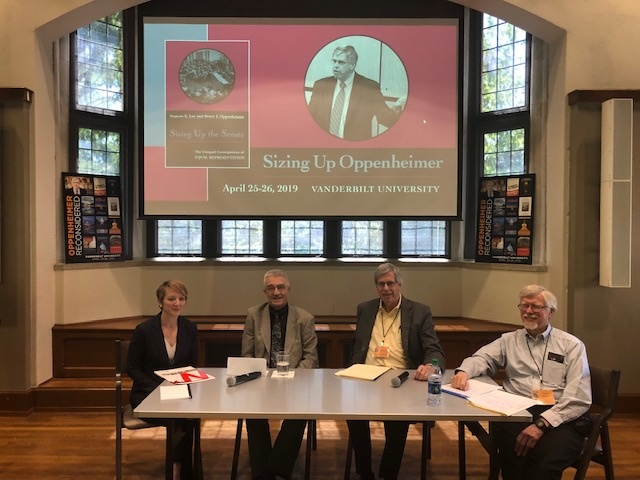 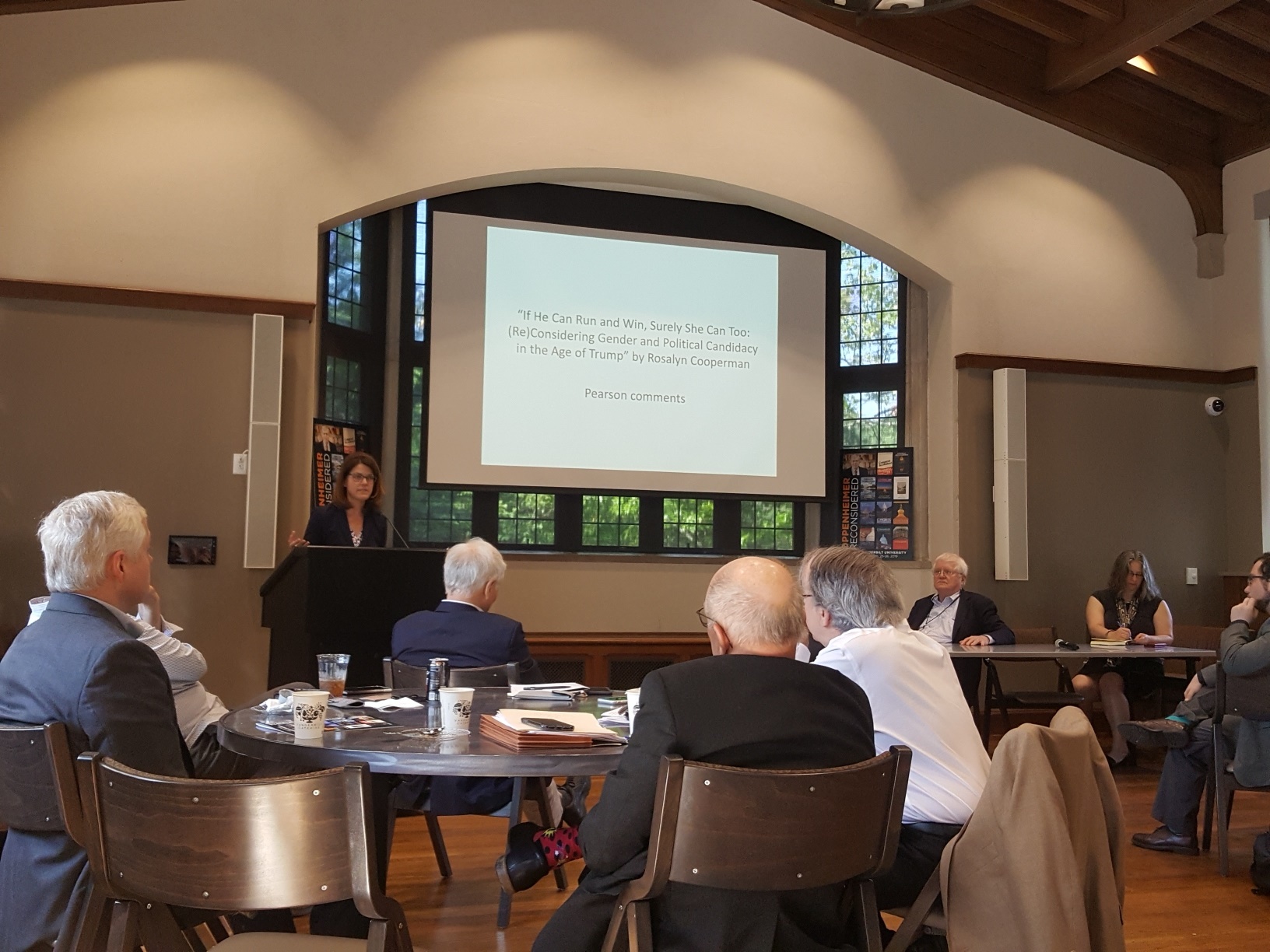 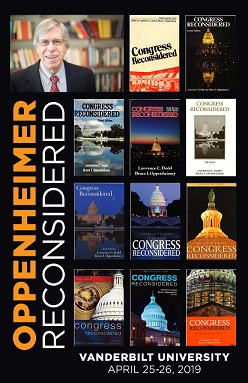 CSDI is hosting the Oppenheimer Reconsidered conference honoring Professor Bruce Oppenheimer on his retirement this coming April 25th and 26th. Over 30 former student, colleagues, and friends from across the United States will come together to present current scholarship on congressional politics and representation, including elections, institutional rules and norms, institutional change, and the legislative process. A concluding roundtable on future directions in the study of Congress will feature Oppenheimer, former student Frances Lee, David Rhode and Morris Fiorina. MORE 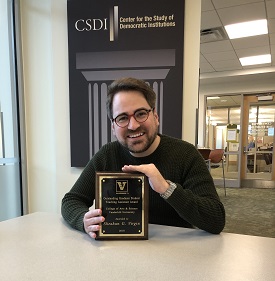 CSDI graduate affiliate Sheahan Virgin received the College of Arts and Science’s Outstanding Graduate Teaching Assistant Award at a college-wide faculty meeting on December 4th. Virgin has taught several courses, the most recent of which, Campaigns & Elections, was a guided independent study course pairing class lectures and discussion with immersive internship experiences in state and local political campaigns and a revise-and-resubmit paper project. 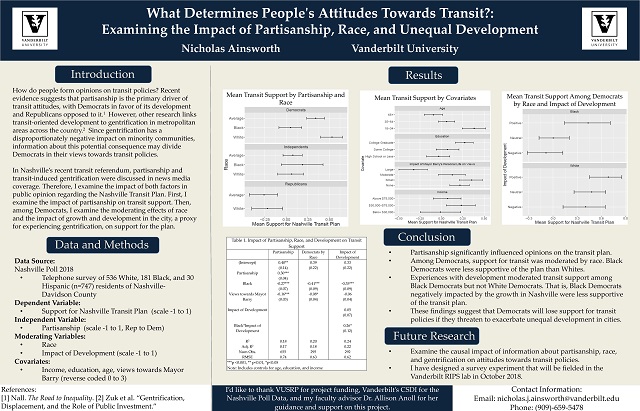 Undergraduate Nicholas Ainsworth, who is double majoring in Political Science and Disability Studies, received an award in the Social Sciences division of the Undergraduate Research Fair for his summer research program work. The project, titled “What Determines People's Attitudes Towards Transit?: Examining the Impact of Partisanship, Race, and Unequal Development” explored how people form opinions on transit policies. Among other tools he used data collected in the CSDI sponsored Vanderbilt University polls that examined Nashville residents’ opinions regarding the cities’ transit policy. Congratulations Nicholas!

12/2/2020 - Legislative Studies Quarterly, "Legislative Constraints, Ideological Conflict, and the Timing of Executive Unilateralism" has been published. The article was co-authored by Alexander Bolton and Sharece Thrower

11/13/2020- University of Chicago Pres Journals, "Partisanship, Policy, and Elections: How Medicaid Expansion Affected Public Opinion Toward the Affordable Care Act" has been published. It was co-authored by Josh Clinton and Michael Sances

9/24/2020 CSDI Working Paper - 4 - 2020 titled"Democracy Erodes From the Top Public Opinion and the Crisis of Democracy in Europe" has been released. The paper was authored by Larry Bartels

9/15/2020 - Proceedings of the National Academy of Sciences of the United States of America, Ethnic Antagonism Erodes Republicans' Commitment to Democracy" has been published. The article was authored by Larry Bartels

9/8/2020 - Proceedings of the National Academy of Science of the United States of America, "The effect of big-city news on rural America during the COVID-19 pandemic" has been published. The article was co-authoreed by Josh Clinton, Eunji Kim and Michael Shepherd

8/20/2020 - Proceedings of the National Academy of Sciences of the United States of America, "The Effect of Big-City News on Rural America During the Covid -19 Pandemic" has been published. The article was co-authored by Josh Clinton, Eunji Kim and Michael Shepherd

5/1/2020 CSDI Working Paper 3 - 2020 titled "Work Welfare and Partisan Change" has been released. the co-authors are Larry Bartels and Katherine Cramer

4/15/2020 CSDI Working Paper 2 -2020 titled "Conceptions of Good Citizenship in the Class of 1965" has been released. The co-authors are Larry Bartels and Katherine Cramer

3/10/2020 - Journal of Political Institutions and Political Economy, "Presidential Signing Statements and Separation of Power Bills" has been published. The paper was authored by Sharece Thrower

8/16/2019 - Public Choice - "The effect of majority party agenda setting on roll calls" has been published. The paper was authored by Josh Clinton