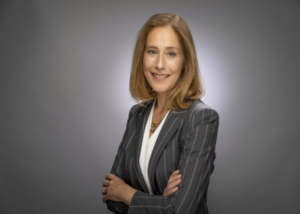 Raver holds a Cornelius Vanderbilt Chair and an appointment as professor of psychology and human development at Peabody College.

Prior to joining Vanderbilt, Raver was deputy provost at New York University, where she worked to advance interdisciplinary research and provided leadership for faculty and graduate students. She played a key role in the allocation of $3B in annual expenditure for a university serving 58,000 students across global campuses and led a large team aimed at strengthening NYU’s reputation and market position by upping standards of faculty hiring, advancement, tenure and retention for over 5,000 faculty. She was also the provost liaison for several institutes, including NYU’s Center for Data Science, the Courant Institute of Mathematical Sciences and the Robert F. Wagner Graduate School of Public Service, as well as the Social Science Division and Graduate School within the College of Arts & Science.

Throughout her career, Raver has received prestigious awards from the American Psychological Association and the William T. Grant Foundation, among other organizations, and has been granted support from the MacArthur Foundation, the National Institutes of Health, the National Science Foundation and the Spencer Foundation, in which she garnered over $24M in funding. Raver led her own federally-funded research laboratory for over 20 years before joining NYU’s Office of the Provost, and her research focuses primarily on early learning and development within the contexts of poverty and public policy.

At NYU, Raver also held the positions of senior vice provost for academic analytics and graduate academic affairs, and vice provost for faculty and research affairs. In addition, she was the director of the Institute for Education Sciences-funded Predoctoral Interdisciplinary Research Training (IES-PIRT) and the inaugural director of the Institute of Human Development and Social Change.

Raver is also a dedicated teacher. She was a faculty member at NYU for 13 years, most recently as a professor of applied psychology. Previously, she held faculty positions at the University of Chicago’s Harris School of Public Policy and Cornell University’s Department of Human Development.

Beyond her roles in higher education, Raver advises various local and federal government agencies, working with them to promote healthy development and learning among children ranging from birth to the third grade.