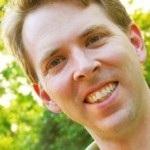 [NOTE: the opening graphic plays for 2 minutes; Advance to 2:01 for the beginning of the program]

In remembrance of the 20th Anniversary of the events of September 11, 2001, Chancellor Daniel Diermeier and the Vanderbilt Project on Unity & American Democracy hosted a virtual discussion of “9/11: Two Decades Later” with Vanderbilt historians and scholars, featuring:

FURTHER READING on the events and aftermath of the events of 9/11, recommended by the panelists: