Sean is recognized by his peers as an invaluable advisor on tax and employee benefits law. He is a published author of multiple cover stories for the Tennessee Bar Journal on various topics regarding tax law, as well as a frequent contributor to the National Association of College and University Attorneys (NACUA) list serve and former committee member of the NACUANOTES Editorial Board. He speaks at the NACUA Annual Conference on topics involving tax, ERISA, and employment benefits. Sean is also a founding member of the Higher Education Taxation Institute (HETI), a nationally recognized Institute sponsored by the University of Texas-School of Law in Austin, Texas, covering all things “tax” for accounting, legal and business professionals involved in higher education. He serves on the HETI Planning Committee and is a Faculty Member at its annual June conference.

Before joining Vanderbilt University, Sean served as Assistant Attorney General in the Tax Division of the Tennessee Attorney General’s Office as both a trial and appellate attorney.  Before that, Sean was Attorney-Advisor for the United States Tax Court in Washington, D.C., where he clerked for the Honorable William A. Goffe, Senior Judge for the Court.  Sean also served as a Judge Advocate General (JAG) officer for the U.S. Army Reserves and was honorably discharged at the rank of First Lieutenant.

Sean currently advises Vanderbilt’s Office of Finance, Development and Alumni Relations, Human Resources, Real Estate, and the Office of the Provost on various matters related to tax and corporate affairs, employee benefits, gifts and major donations, contracts, and real estate matters.  Sean’s work involves maintaining both day-to-day legal compliance for the university along with planning for Vanderbilt’s growth and development challenges for the future.

Sean received his Bachelor of Science in Communications from Middle Tennessee State University, a Juris Doctor from Washburn University School of Law, an LL.M. (Tax) from Georgetown University Law Center, and a Masters of Liberal Arts (MLA) in Literature and Classical Studies from Johns Hopkins University.

Sean’s favorite spot on campus is the foyer to the Jean and Alexander Heard Central Library because when he enters it, the possibilities are limitless. One delightful employment perk at Vanderbilt is the borrowing privileges from an incredible research library which is part of a network with access to virtually any book the heart desires.  In his spare time, he enjoys movies and craft beers with a particular fondness for Guinness if he cannot find a Russian imperial stout.

Sean is admitted to practice in the Commonwealth of Pennsylvania, the District of Columbia, and the States of Maryland and Tennessee. Sean is also admitted to the bars of the U.S. Supreme Court, the U.S. Tax Court, and the Federal, Fourth, and Sixth U.S. Circuit Courts of Appeals. 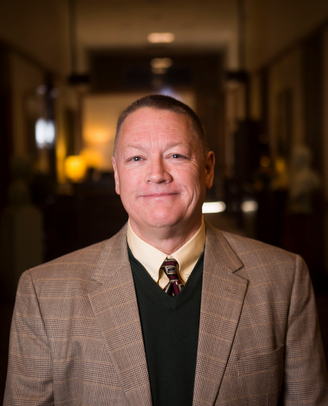 How to Reach Sean Scally :