Professor Rocky Tuan is the Co-PI of Project 2 " Organotypic Culture Model to Analyze Developmental Limb Malformations Resulting from Toxicant/Teratogen Exposure ". In addition, he is the director of the Center for Cellular & Molecular Engineering at the University of Pittsburgh. His lab focuses specifically on the development of functional skeletal tissue engineering and regeneration for the treatment of injuries and disease of the musculoskeletal system. For this they utilize nanotechnology, mechanobiological principles, bioreactor and biomaterials technologies, including 3-dimensional printing.

Background: Limb developmental anomalies represent one of the most visible birth defects, with a prevalence of ~0.6:1,000 live births. Skeletal development in the limb is a well characterized process that comprises the morphogenetic events of mesenchymal chondrogenesis, chondrocyte hypertrophy, segmentation, and osteogenesis (A-C). Our objective is to model critical phenomena of human embryonic limb development that are prime targets of limb teratogenesis by developing robust in vitro 3-dimensional (3D) organotypic culture models (OCMs) based on human mesenchymal stem cells (hMSCs). 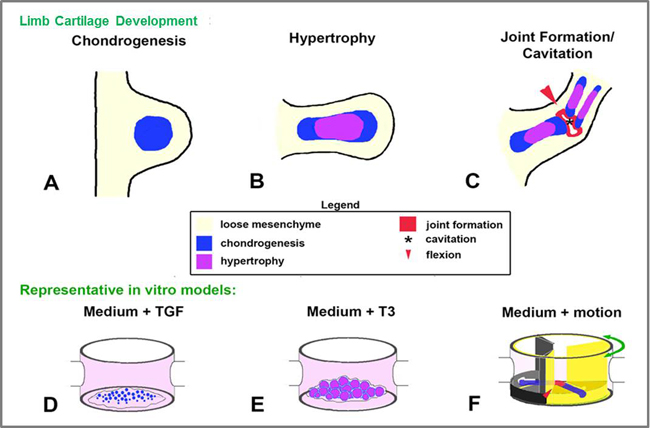 A third OCM is being developed in collaboration with Prof.John Wikswo's team at the Vanderbilt Institute for Integrative Biosystems Research and Education (VIIBRE).

All of these OCMs will be exposed to known and candidate limb teratogens to assess their utility and fidelity as in vitro test systems for limb teratogenesis.


Here  is a link to our publicly accessible, annual report of Research Project Results. 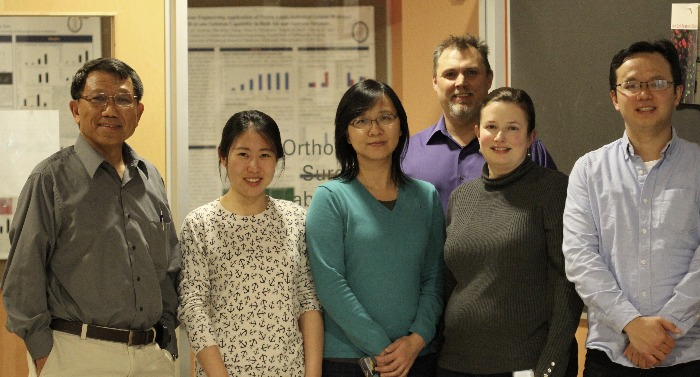