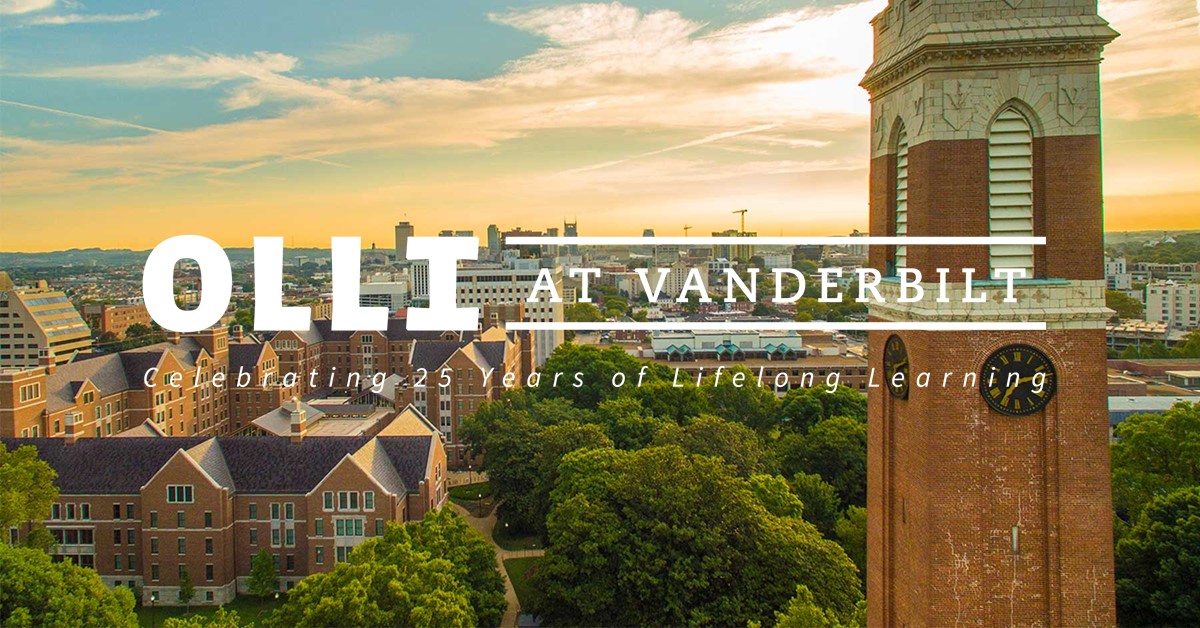 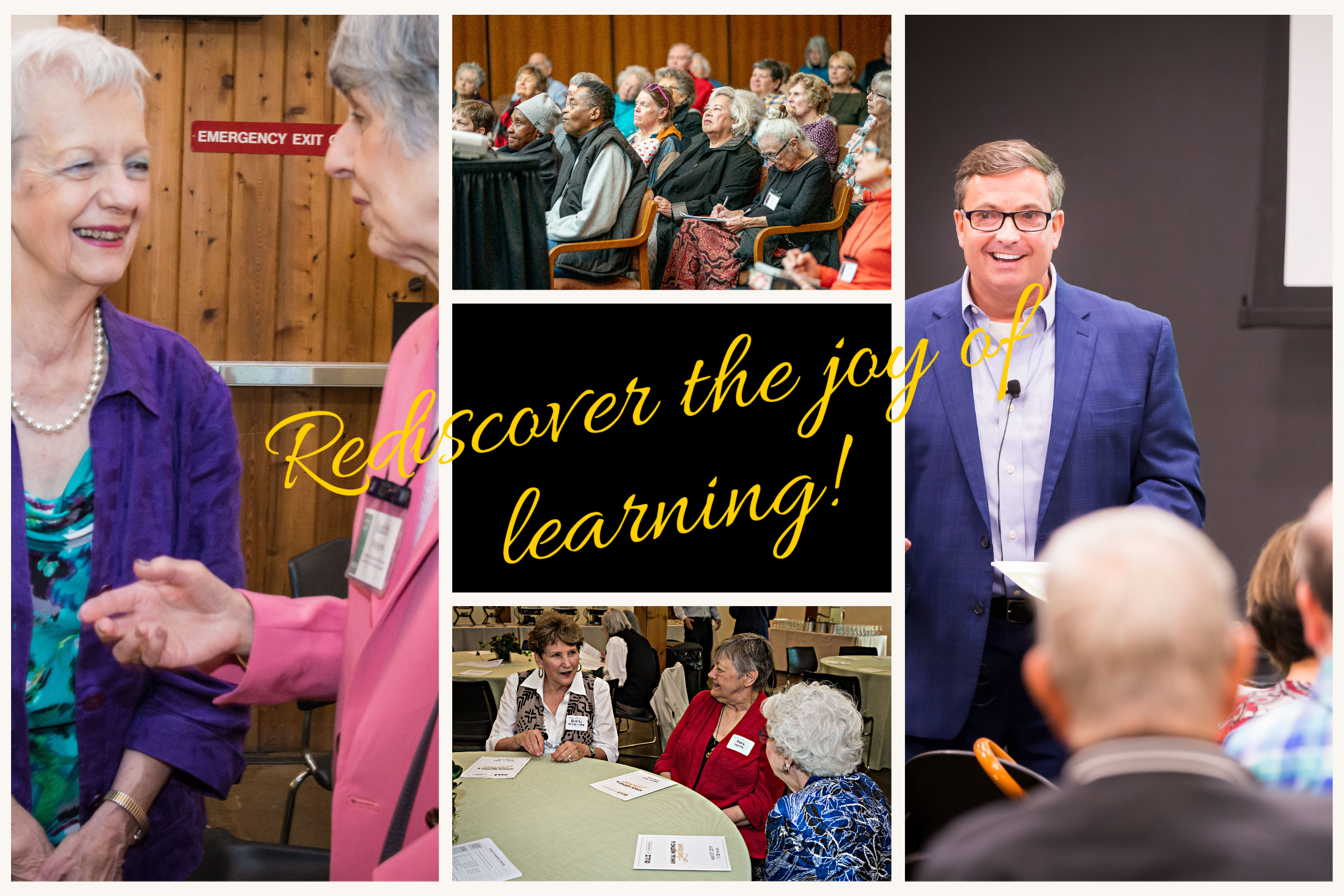 The Osher Lifelong Learning Institute (OLLI) at Vanderbilt University is an inclusive group that strives to organize and present to the greater Nashville community stimulating intellectual and cultural noncredit courses, programs, and trips for adults over 50 of all educational backgrounds.  OLLI focuses on the joy of learning.  Interesting topics are explored with thought-provoking and engaging instructors, who are primarily active or retired Vanderbilt faculty, as well as other community experts.  In a relaxed atmosphere, with no homework, tests, or grades, you have the opportunity to ask questions, contribute ideas, and interact with people who share similar interests.  OLLI participants exercise their minds while making new friends, not only in the classroom but through other educational activities, special events and community engagement.

In this series, Carole Bucy will give an overview of the history of the state of Tennessee from its beginnings up to the outbreak of the Civil War. She will discuss how the geography of the state has been a major factor in how the state’s history unfolded. She will emphasize the uniqueness of Tennessee’s historical experiences in contrast to other southern states and will discuss the many ways that Tennessee was in the national spotlight during this time period. Whether you are a native Tennessean or a newcomer, this class should be a lively learning experience. Video

All in The Decade: 70 Things About 70s TV That Turned Ten Years into a Revolution

At some point between Watergate and The Love Canal, between Nixon and Carter, between Vietnam and Afghanistan, between POWs and Americans Held Hostage, between Robert Altman and Steve Martin, between The Supremes and The Ramones, between Helen Reddy and Blondie, between Joe Namath and Pete Rose ... the 1970s happened. And TV tried to keep up. Or did the country try to keep up with TV? Heavy with clips and memories and shared history, the six-session class is based on the recently published book written by a longtime Hollywood TV executive. Like the book, it’s divided up into five topics: FEMINISM (which identifies innovators and innovations in gender-based shows, from That Girl to Charlie’s Angels); INDIVIDUALISM (which spotlights the beginnings of minority inclusions, from Chico and the Man and Roots to TV’s first gays and Asians); COMMERCIALISM (which recounts the growth of TV as a business in the 1970s, from the arrival of HBO to the introduction of a fourth network); REALISM (which focuses on how TV turned from reflecting how things might be to how they really are, as seen in PBS’s culture-defining An American Family and in taboo movies like Born Innocent, which led to the infamous Family Hour); and ESCAPISM (which offered a break mid-decade with mindless fun like The Love Boat). ALL IN THE DECADE recounts ten years in the life of television and us! Video

This course will take a look back at the 2020 election. It will examine why it turned out the way it did and explore what consequences it may have on executive power, the Congress, the bureaucracy, and the entire political landscape. This course will be taught by a different Vanderbilt University Political Science faculty member each week.

Religion in the News

Religion helps shape almost every part of the world—from what we eat and who we marry to national politics and international relations. In this class, we’ll look at the role that religion plays in the daily news and explore the faith of our neighbors, through the eyes of a religion journalist at a secular news organization. Class discussions will include an overview of the Nashville and national religious landscape, including the rise of the so-called “Nones”—those who have no religious affiliation, a lookback at the fight over the Murfreesboro mosque, profiles of congregations large and small, as well as religious sections like serpent handlers and cat cultists. Video

This course will provide students with insight into the challenges faced by strategic leaders (including political and military personalities) throughout American military history and the reasons for their success or failure in resolving these challenges. Based on cases used for training Army senior leaders at the U.S. Army War College's U.S. Army Heritage and Education Center, each class will cover a different specific situation and will enhance the student's understanding of strategic level leadership, the challenges it presents, and lessons learned. Video

There is a general lack of awareness and understanding about the ancient practice of Tai Chi Chuan - Supreme Ultimate Boxing. People know Tai Chi as a slow-moving exercise often seen in medical commercials performed by people looking happy and peaceful. There is a vague recognition that it is somehow “like yoga” and “good for you” and that is about it! Tai Chi is an easy-to-learn routine that improves health, balance, and relaxation. Tai Chi is low impact and can easily be done by everyone including seniors, people with illnesses and injuries, and even small children. In fact, it is a great exercise for these types of people due to the extraordinary health benefits that result from continued efforts. This course is appropriate for beginners and for people with past Tai Chi experience. We will learn about body alignment, gravity, motion, and power. We will practice deep breathing and strategies for relaxing and reducing anxiety. We will have fun and enjoy getting healthy together. Video

The Atlantic Slave Trade and Its Legacy in the U.S.

In the 1722 Battle of Cape Lopez off the coast of West Africa, a pirate fleet and the British navy faced off in a bloody battle that would decide the fate of the Atlantic Slave trade. Though the battle happened a full fifty-four years before the United States claimed its statehood in the Declaration of Independence, it shaped the type of nation the U.S. would become. The battle ended an era of competition with the Spanish, Dutch, and French, and ushered in British supremacy in the slave trade to America. As a result, the U.S. adopted the British system of chattel slavery, and became a true slave society: a society upon which all politics, religion, economy, labor, and social identities depended on the enslavement of Africans and their descendants. This courted generations of social ills that continue to ravage the nation and fuel our political and personal debates. This course will examine in detail a fascinating, swashbuckling story of Caribbean pirates, African princes and mercenaries, European slave traders, and the British navy, and places it into a uniquely American context. We'll end the class with an examination of the ramifications of this caustic legacy for all Americans. Video


The Division of Government and Community Relations sponsors the Osher Lifelong Learning Institute at Vanderbilt and is
administered by Vanderbilt's Department of Community, Neighborhood, and Government Relations.