Some photos and copy provided by NobelPrize.org. 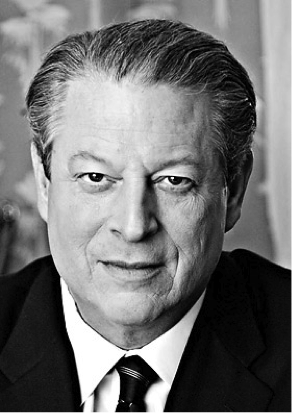 Former U.S. Vice President Al Gore, along with the Intergovernmental Panel on Climate Change, was awarded the Nobel Peace Prize in 2007 for "efforts to build up and disseminate greater knowledge about man-made climate change, and to lay the foundations for the measures that are needed to counteract such change."

Gore took classes at the Vanderbilt Divinity School and at Vanderbilt Law School in the 1970s.

During his childhood, Gore divided his time between Washington D.C. for school and his family’s farm in Carthage, Tenn., for summer breaks. Upon the completion of high school, Gore attended Harvard University where he earned a degree in government in June 1969 after writing a senior thesis titled "The Impact of Television on the Conduct of the Presidency, 1947-1969."

Gore opposed the Vietnam War, but said that his sense of civic duty compelled him to enlist in the U.S. Army in August 1969. After basic training, Gore was assigned as a military journalist writing for The Army Flier, the base newspaper at Fort Rucker. With only seven months left in his enlistment, Gore was shipped to Vietnam, arriving in January 1971. He served with the 20th Engineer Brigade in Bien Hoa and at the Army Engineer Command in Long Binh.

When he returned to the States in 1971, he worked as a reporter at the Tennessean. When he was later moved to the city politics beat, Gore uncovered political and bribery cases that led to convictions. While at the Tennessean, Gore, a Baptist, also studied philosophy and phenomenology at Vanderbilt University. In 1974, he enrolled in Vanderbilt's law school.

He is the author of the bestsellers Earth in the Balance and An Inconvenient Truth and is the subject of an Oscar-winning documentary.

Read more about Gore on the Nobel Prize website. 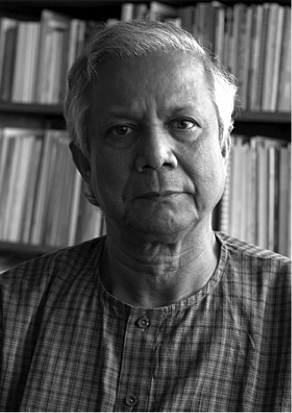 Muhammad Yunus and Grameen Bank were awarded the Nobel Peace Prize in 2006 for "for their efforts to create economic and social development from below."

Yunus received his Ph.D. in economics from Vanderbilt in 1969.

Yunus established the Grameen Bank in Bangladesh in 1983, fueled by the belief that credit is a fundamental human right. His objective was to help poor people escape from poverty by providing loans on terms suitable to them and by teaching them a few sound financial principles so they could help themselves.

From Yunus' personal loan of small amounts of money to destitute basketweavers in Bangladesh in the mid-70s, the Grameen Bank advanced to the forefront of a burgeoning world movement toward eradicating poverty through microlending. Spinoffs of the Grameen Bank model operate in more than 100 countries worldwide.

Born in 1940 in the seaport city of Chittagong, Yunus studied at Dhaka University in Bangladesh, then received a Fulbright scholarship to study economics at Vanderbilt. After earning his Ph.D. in economics from Vanderbilt in 1969, he became an assistant professor of economics at Middle Tennessee State University. He later returned to Bangladesh, where he headed the economics department at Chittagong University.

From 1993 to 1995, Professor Yunus was a member of the International Advisory Group for the Fourth World Conference on Women, a post to which he was appointed by the secretary general of the United Nations. He has served on the Global Commission of Women's Health, the Advisory Council for Sustainable Economic Development and the UN Expert Group on Women and Finance.

In 2007, Yunus returned to Vanderbilt to receive the Nichols-Chancellor's Medal and gave the Senior Day commencement address. 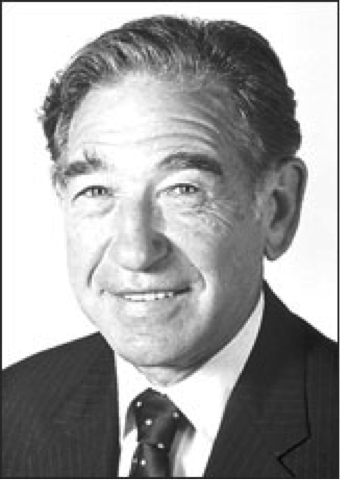 Stanley Cohen and Rita Levi-Montalcini were awarded the Nobel Prize in Physiology or Medicine in 1986 for their discovery of growth factors.

Cohen joined the Vanderbilt University School of Medicine faculty in 1959 and holds the title of Distinguished Professor of Biochemistry, Emeritus.

Cohen was born in Brooklyn, New York in 1922. Both his mother and father were Russian-Jewish emigrants who came to America in the early 1900s. His father was a tailor and his mother a homemaker. Though of limited education themselves, Dr. Cohen wrote in his biography that his parents "instilled in me the values of intellectual achievement and the use of whatever talents I possessed." He was educated in the Brooklyn public school system, but earned a full scholarship to Brooklyn College, where he received his bachelor's degree in 1943 with a double major in chemistry and zoology. After working as a bacteriologist at a milk processing plant to earn money, he received his M.A. in zoology from Oberlin College in 1945. He earned a Ph.D. from the department of biochemistry at the University of Michigan in 1948.

After a short stint at the University of Colorado, he went to Washington University in 1952 to work with Martin Kamen in the Department of Radiology as a postdoctoral fellow of the American Cancer Society. He learned isotope methodology while studying carbon dioxide fixation in frog eggs and embryos. In 1953, he became associated with the Department of Zoology under the leadership of Viktor Hamburger at Washington University and joined Rita Levi-Montalcini to isolate a Nerve Growth Factor (NGF) that she had discovered in certain mouse tumors and to become educated in the field of experimental embryology. Cohen isolated nerve growth factor and then went on to discover epidermal growth factor. He continued his research on cellular growth factors after moving to Vanderbilt University in 1959 as an assistant professor in the Biochemistry Department, exploring the chemistry and biology of epidermal growth factor (EGF). His research on cellular growth factors has proven fundamental to understanding the development of cancer and designing anti-cancer drugs. 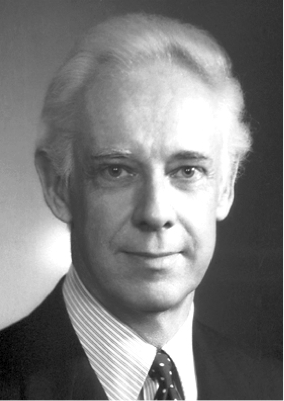 Stanford Moore, along with Christian Anfinsen and William H. Stein, was awarded the Nobel Prize for Chemistry in 1972 for "contribution to the understanding of the connection between chemical structure and catalytic activity of the active center of the ribonuclease molecule."

Stanford Moore, a Vanderbilt alumnus, spent his life in the Vanderbilt community. During his childhood, his father was a member of the faculty of the Law School and was later a student at the university.

His thesis research was in biochemistry in the laboratory of Karl Paul Link. Karl Paul Link was a friend of Max Bergmann, who had recently arrived from Germany to lead a laboratory at the Rockefeller Institute for Medical Research in New York.

Through that friendship, Moore was encouraged to join the Bergmann Laboratory in 1939, which was an internationally renowned center of research on the chemistry of proteins and enzymes. During Emil Fischer's last years, Max Bergmann had been his senior research associate, and Bergmann had attracted to Rockefeller a group of versatile chemists, including his future research partner William H. Stein. The advent of World War II drew Moore out of the laboratory to serve as a junior administrative officer in Washington for academic and industrial chemical projects administered by the Office of Scientific Research Development.

After the war, Moore returned to Rockefeller, beginning a collaboration with Stein that led to the development of quantitative chromatographic methods for amino acid analysis that the pair summarized in their Nobel address.

In 1968, Moore returned to Vanderbilt as a visiting professor of health sciences.

Read more about Moore on the Nobel Prize website. 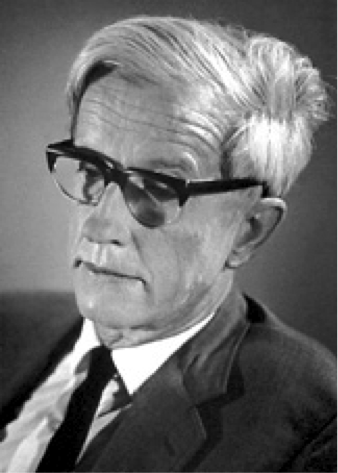 Max Delbrück, who taught physics and had a lab in the biology lab at Vanderbilt, won the 1969 Nobel Prize in Physiology or Medicine with Salvador Luria and Alfred Hershey for "their discoveries concerning the replication mechanism and the genetic structure of viruses."

A native of Germany, Delbrück moved to the United States in 1937 with support from the Rockefeller Foundation to pursue his interests in biology at California Institute of Technology. At the conclusion of his fellowship, Delbrück accepted a teaching position in the physics department at Vanderbilt.

There, Delbrück met Luria in early 1941, and their collaborations, along with those of what became the "phage group," began that summer at Cold Spring Harbor.

In the fall of 1942, Luria came to Nashville for the first of several visits, and Hershey, who was at Washington University, began to visit the following year.

Luria's and Delbrück's seminal paper in bacterial genetics, "Mutations of Bacteria from Virus Sensitivity to Virus Resistance," was published in Genetics in 1943.

Delbrück was not only the intellectual leader of the phage group, but the organizer while at Vanderbilt of a number of formal and informal symposia and courses, including a series of lectures to the faculty of the School of Medicine in April and May of 1944 examining the relationship between atomic physics and biology.

Read more about Delbrück on the Nobel Prize website. 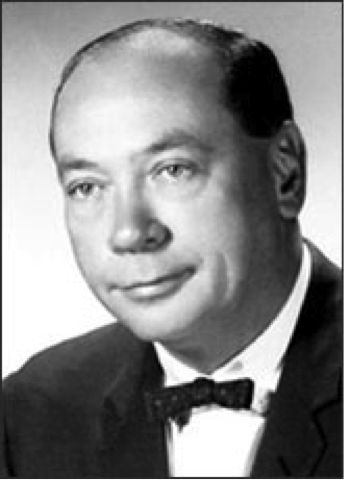 Earl Wilbur Sutherland Jr. was awarded the Nobel Prize in Physiology or Medicine in 1971 "for his discoveries concerning the mechanisms of the action of hormones."

Sutherland's further research demonstrated the ubiquitous nature and prime importance of this chemical and its associated compounds, notably adenyl cyclase, in all living things. As the result of Sutherland's work and that of those who followed his lead, it became known that hormones are not the sole regulatory substances in the chemistry of living organisms, as had previously been believed. In many cases, necessary cellular reactions are triggered by cyclic AMP, the almost universal "second messenger," responding to the hormonal signal. Sutherland's work on hormones opened up new paths of research into diabetes, cancer, and cholera.

Sutherland was a professor of physiology at Vanderbilt University Medical Center from 1963 to 1973.

He was elected to the National Academy of Sciences in 1966. In addition to the Nobel Prize, Sutherland won the Albert Lasker Award for basic medical research in 1970 and received the National Medal of Science in 1973.