Ghost trees of Vanderbilt past 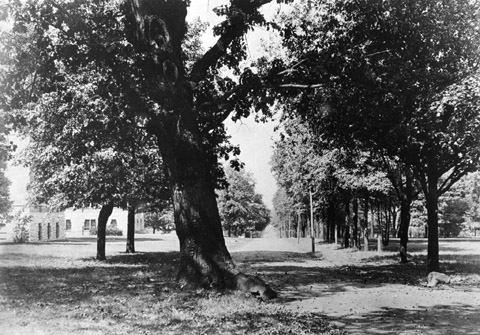 Died in 1911. This overcup oak was very significant in the early history of the university. It was mentioned as a landmark in the deed conveying the property to the new university. It was near Chancellor Garland’s house and he kept squirrel boxes in its branches. It’s location was near the present day Rand patio and the Overcup Oak pub in Rand is named after it. You can read its story in the Vanderbilt Alumnus Magazine vol. 2 no. 5 (March 1917) p. 131. 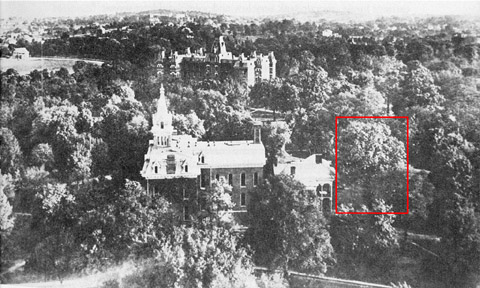 Sprouted before 1800 – died June 18, 1989. This oak was next to the original farm house on Vanderbilt’s campus (“Old Central”). It was clearly visible in early photos of the campus and was one of the few trees that predated the university. You can read the story of its dramatic death in the Vanderbilt Register vol.X no.2 p.5, Sep. 15, 1989. All that remains of the trees that shaded Chancellor Kirkland when he walked home are a few magnolias in Stevenson’s upper
courtyard.  Read more here. 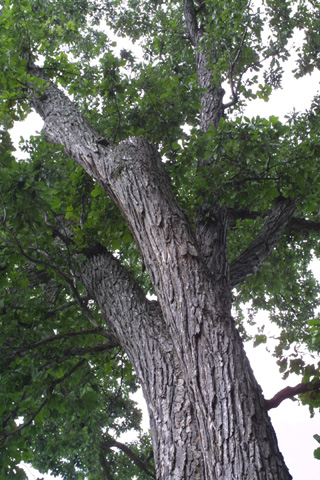 Died about 2008. This giant grew in the Divinity School courtyard. You can read about it in The Trees of Vanderbilt p. 33.

Died between 1995-2005. This tree was the arboretum’s only national champion tree. Read about it and its up-and-coming successor. 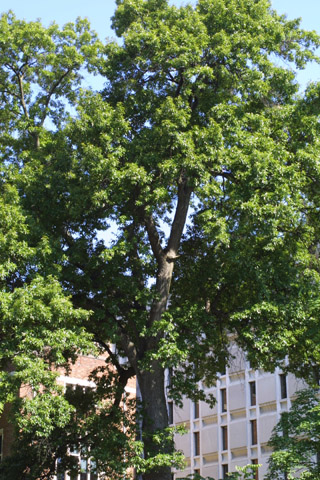 Died in 1990. This strange tree was a Peabody landmark until it became too sick and had to be cut down. Read its story in the Vanderbilt Register Vol XI No. 8 p.6 (1990).

Died about 2000. The Trees of Vanderbilt p.19
describes the Tennessee State Champion southern hackberry tree near Furman Hall. See photos of it, learn what it took to get into med school in 1895, and discover why the greenspace in front of Wilson Hall is called “Curry Field” on campus maps.