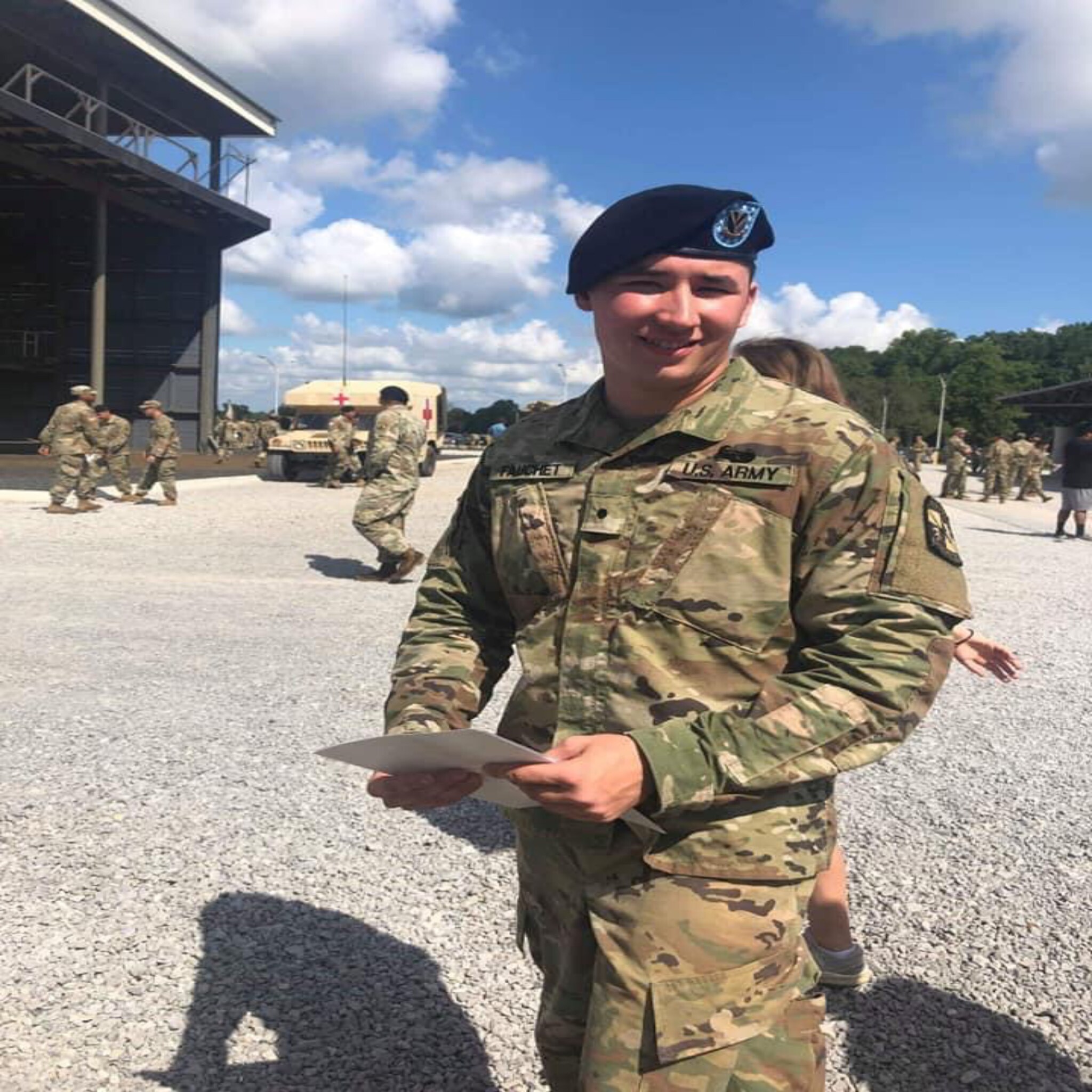 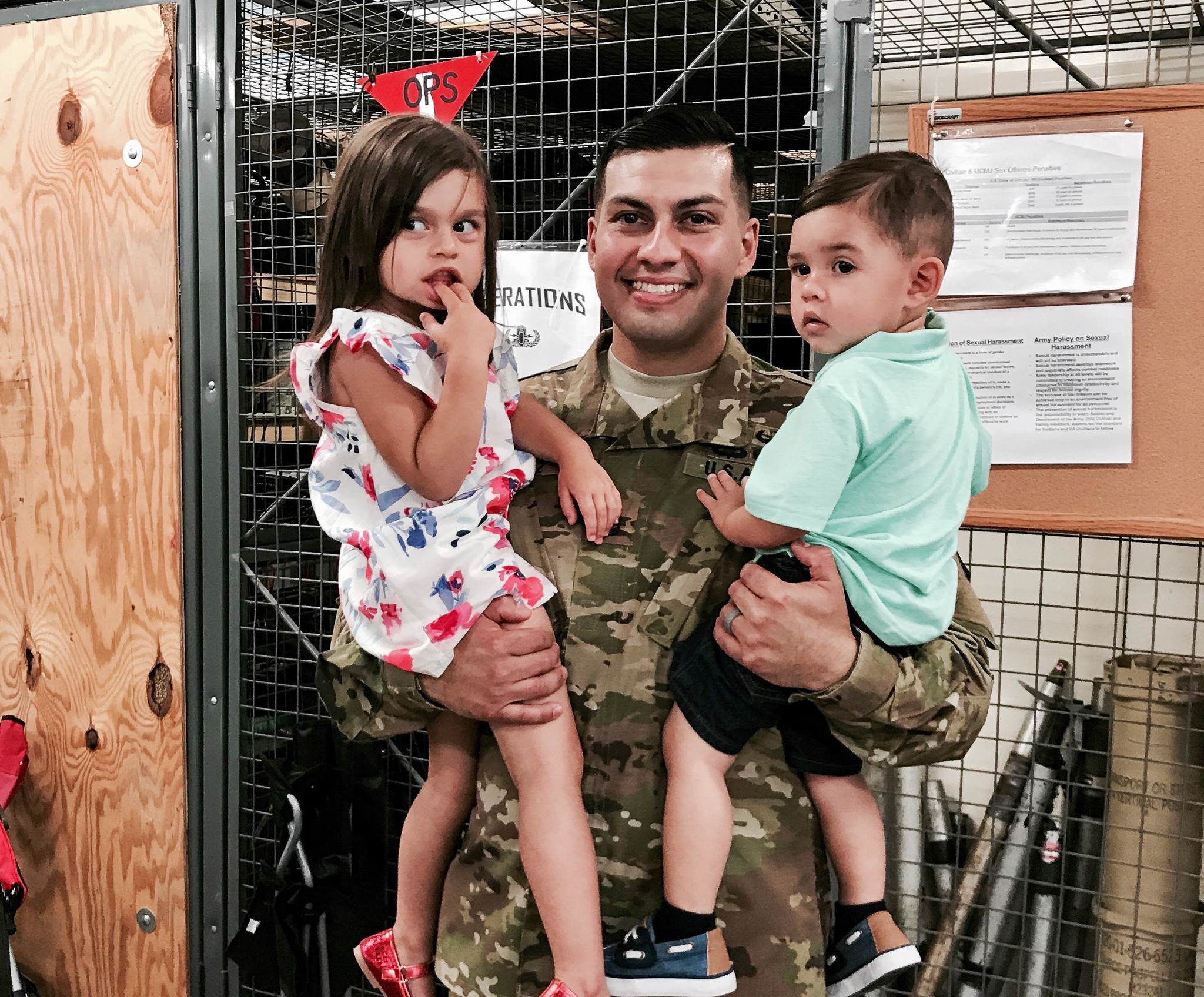 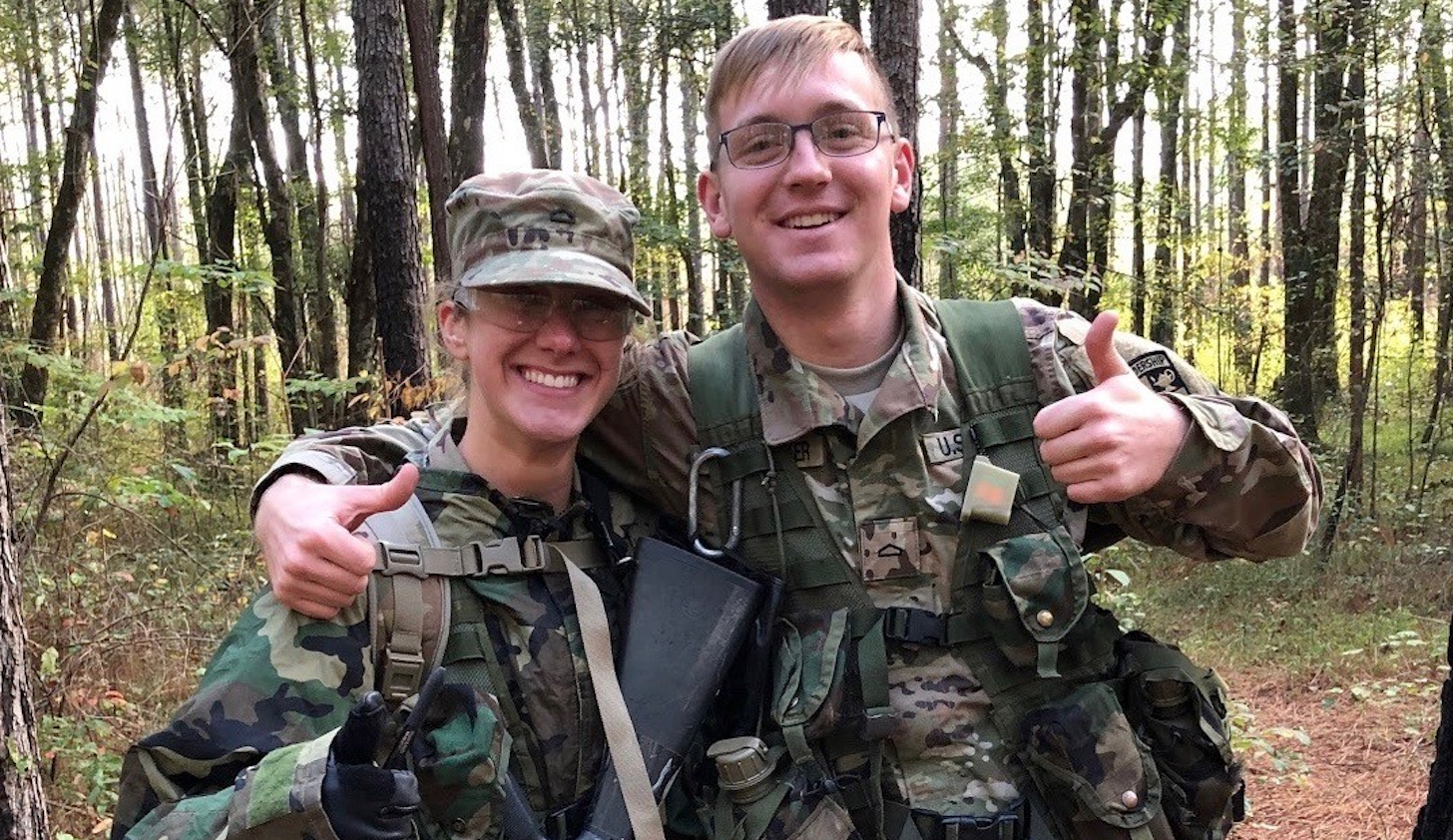 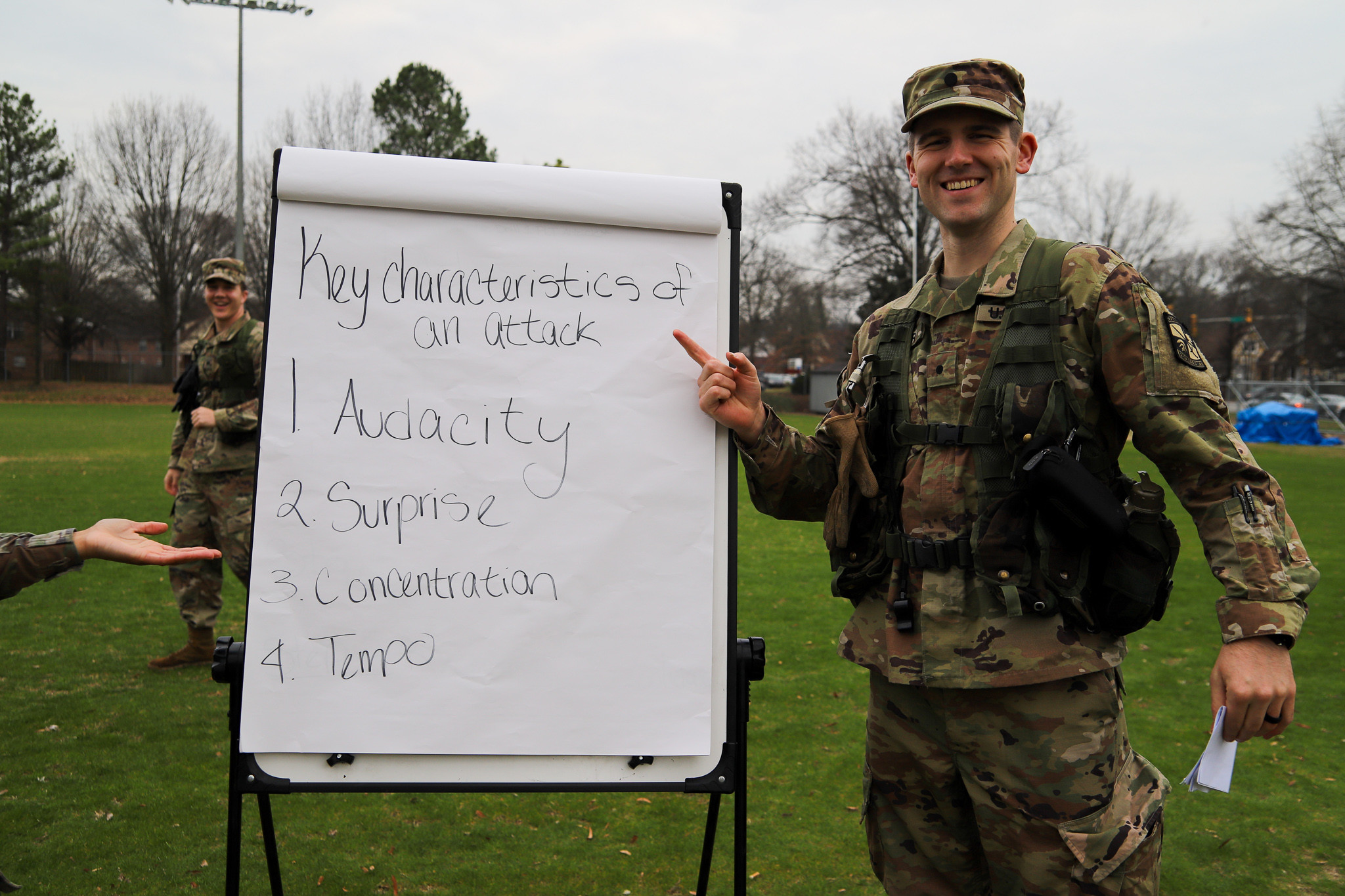 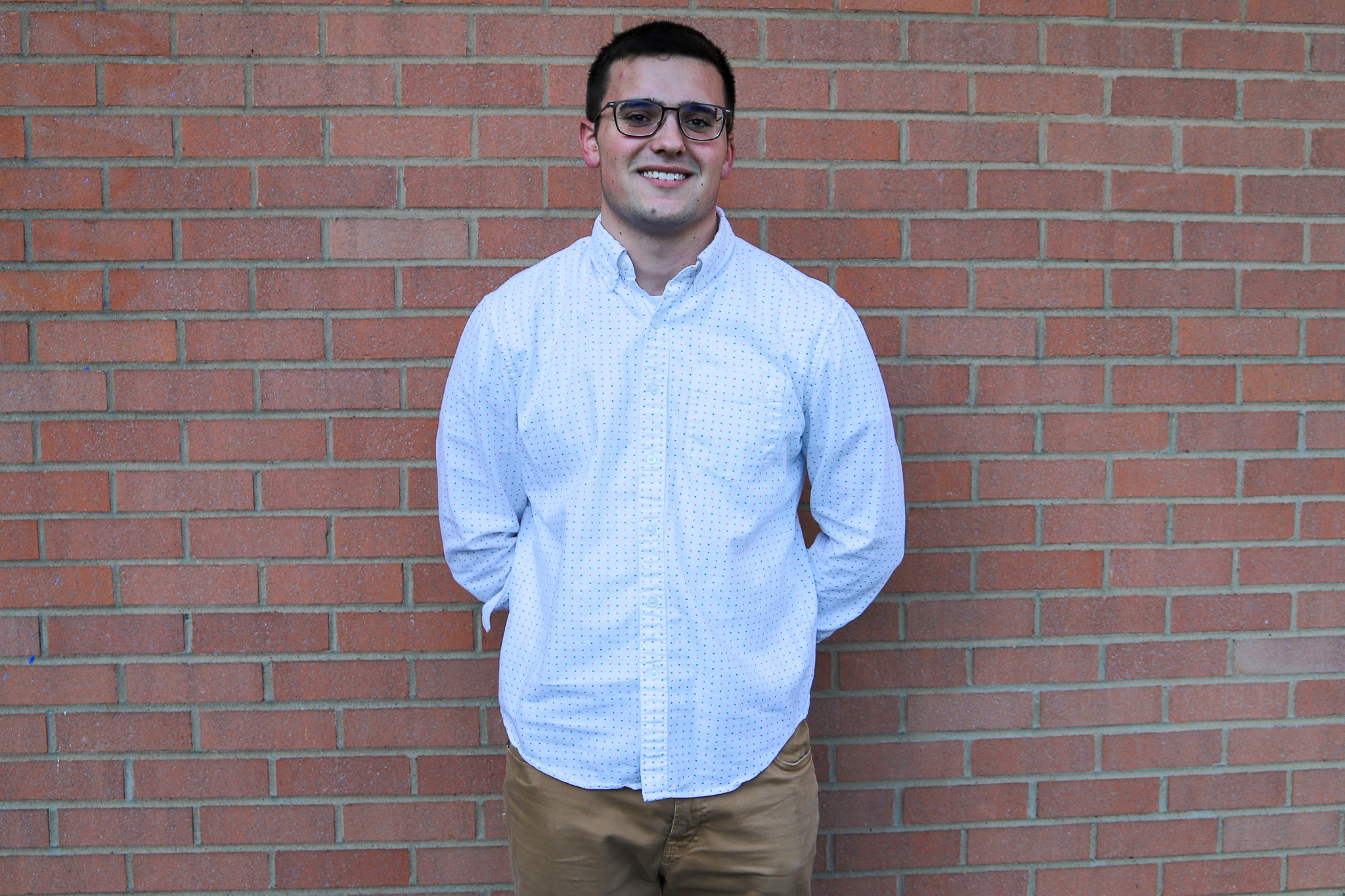 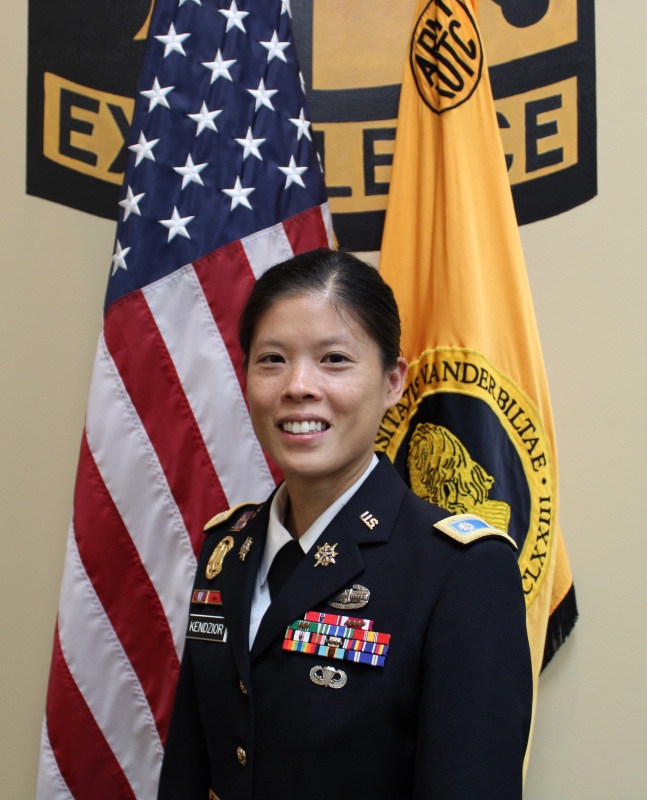 LTC Christine Kendzior commissioned in May 2005 from Loyola University Chicago as a Military Intelligence (MI) Officer with a Bachelor of Science in Biochemistry (2003), a Bachelor of Art s in Political Science (2003), and a Master of Arts in Political Science (2005). Upon graduating the Military Intelligence Officer Basic Course , she was assigned to 2-15 Field Artillery Regiment, Fort Drum, New York and d eployed to Mahmudiyah , Iraq in 2006.

Upon her return to Fort Drum, s he attended the Military Intelligence  Captain’s Career Course and was reassigned to 3rd Brigade, 3rd Infantry Division, Fort Benning, Georgia where s he served and deployed as a Brigade A ssistant S2 , followed by Military Intelligence Company C ommand er to Kalsu , Iraq in 2009 .

In 2015 s he graduated the Command and General Sta ff Officer Course at Fort
Leavenworth, Kansas and was assigned to US Army Forces Com mand (FORSCOM) , at Fort Bragg, North Carolina . In 2016 she was assigned to 525 Military Intelligence Brigade, where she served as a Battalion Operations Officer and as the Brigade Executive Officer both in garrison and forward deployed to Afghanistan in 2017 and 2018 . In her last positions , she served as the Deputy G2 for 1st Special Forces Command and as the G2 Operations and Plans Chief for XVIII Airborne Corps. Most r ecently, she redeploy ed from Germany in May 2022 after support ing Contingency Response Force requirements with XVIII Airborne Corps .

She is married to David A. Kendzior of Rochester, NY. They live together in Nashville, Tennessee. 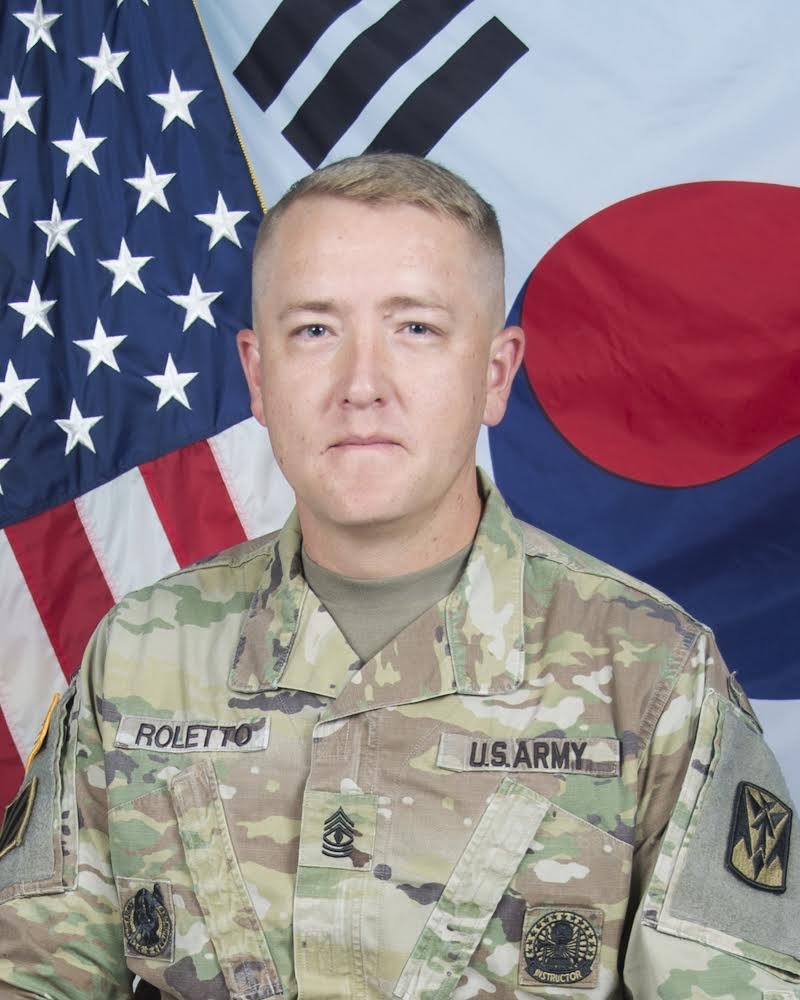 Master Sergeant Roletto is married to his high school sweetheart, the former Melissa Framel , and they have three sons: James, Isaac, and Seth. 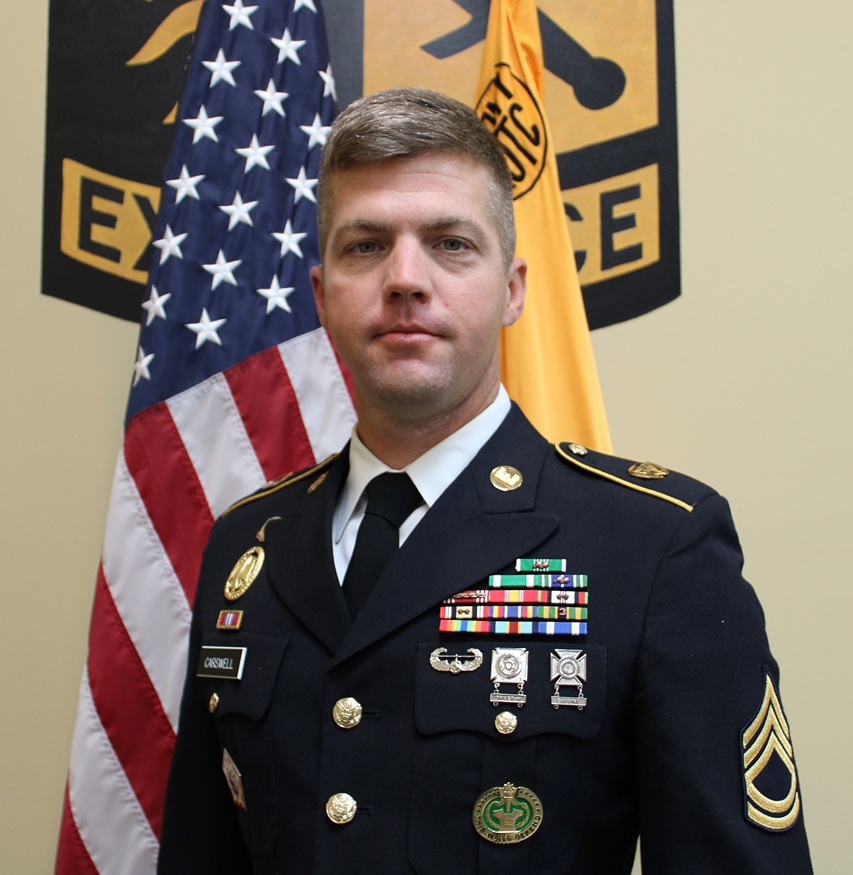 Sergeant First Class Carswell is from Morganton, North Carolina and entered the United States Army on 06 Jul y 2006. He completed One Station Unit Training as a 12B, Combat Engineer, at Fort Leonard Wood , MO .

Sergeant First Class Carswell is married to his wife Christina and they have four children. 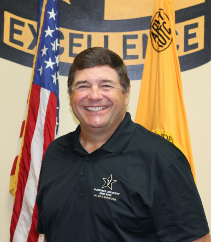 Mr. John Bautch is currently serving as the Scholarship & Enrollment Officer/Recruiting Operations Officer for Vanderbilt University AROTC, he can be reached by phone at (615) 343-7616 office, (615) 389-3247 cell or by email at  john.bautch@vanderbilt .edu.

Mr. Bautch joined the “Go Gold” Battalion in March of 2020 after serving for nearly seven years as the Recruiting Operations Officer for the “Blue Raider” Battalion at Middle Tennessee State University in Murfreesboro, TN.  Mr. Bautch has been with Cadet Command for over fifteen years as a Recruiting Operations Officer in government contractor and Department of the Army Civilian capacities.   After receiving his commission through Army ROTC at Fitchburg State University, he served as a Medical Service Corps officer on active and reserve duty for twenty-seven and a half years. During his career, he achieved the rank of Lieutenant Colonel (LTC).  He retired from uniformed service in January 2012.  Mr. Bautch’s total time in service to the Department of Defense and the US Army proudly spans over forty years. 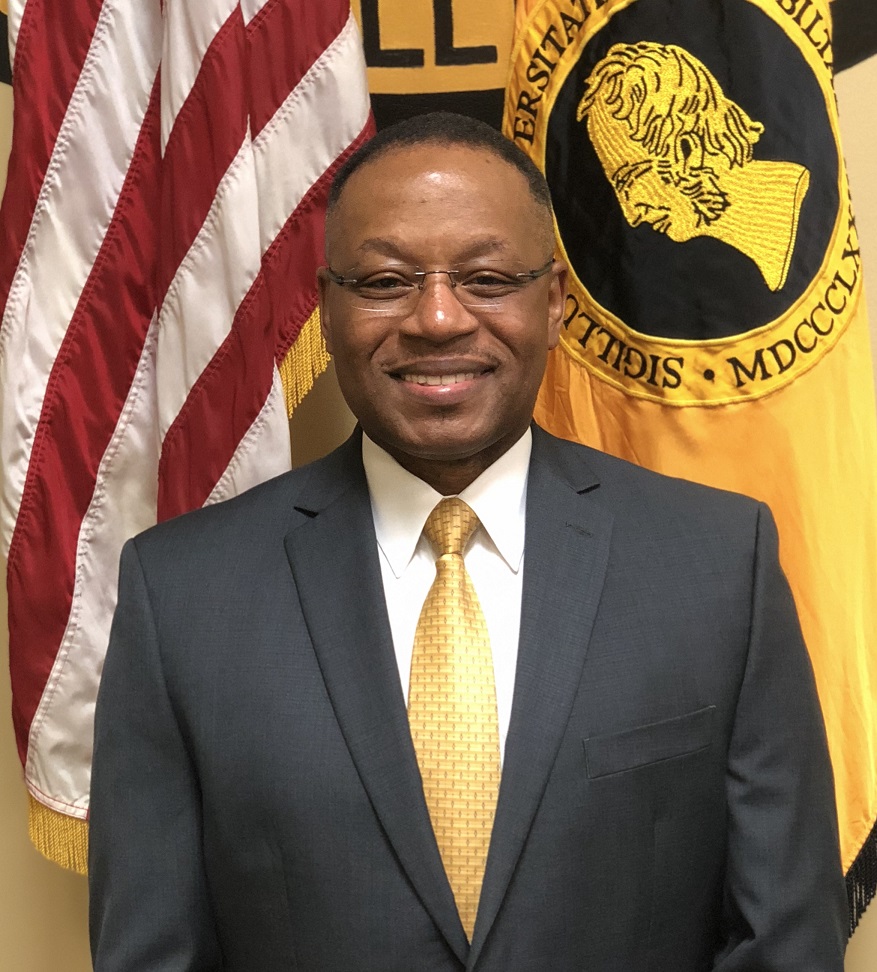 Mr. Darrell Thompson is currently serving as the Human Resource Technician for Vanderbilt University AROTC, he can be reached by phone at (615) 343-7616 office, (615) 389-3247 cell or by email at darrell.thompson@vanderbilt.edu.

Mr. Thompson joined the “Go Gold” Battalion in May of 2018 after serving as the Marketing and Advertising Manager for 7th Brigade Army ROTC HQ.  Mr. Thompson has been with cadet Command for ten years since his retirement from active duty (US Army) with 21 years of service to his country. During his career, he achieved the rank of Master Sergeant (MSG).

Mr. Thompson’s Civilian awards include the 2014 Brigade Civilian of the Year and the Commander’s Award for Civilian Service. 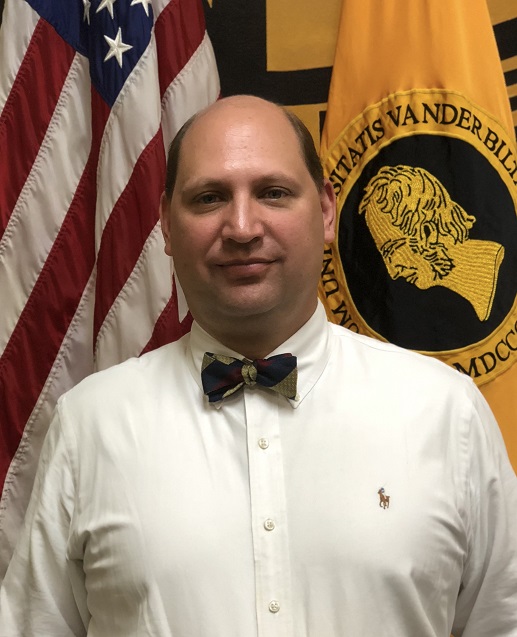 Mr. Hulette is a native of Franklin, TN, and has held a Commission in the Medical Service Corps,  U.S. Army Reserve for the past 16 years. He is a graduate of Montgomery Bell Academy, and has degrees in both Biological Science and Environmental Policy from the University of Tulsa and attend graduate schools in Public Health and Epidemiology at the George Washington University, and completed his Master of Business Administration from Columbia Southern University. He is Board-certified in Biological Safety Microbiology, is a Registered Sanitarian, and is a Fellow of the American Academy of Project Management, as well as being a FEMA-Certified Continuity of Operations Planner and Advanced EMT. He completed the ISDA/Johns Hopkins Infection Control Fellowship and was a Volunteer Research Fellow in Microbial Ecology at the NIH.

He began his military career as a Field Medical Officer for the 429th MEDEVAC BN in Savannah Georgia, and then on the Brigade Special Staff of the 332nd Medical BDE. He then took command of the 452nd PM Detachment (ENTO) in Perrine, FL leading its activities through hurricanes Katrina and Rita.

Mr. Hulette was then selected as a special projects officer to stand-up the Southeast Medical Area Readiness Support Group (SE-MARSG), the first unit of its kind. After the stand-up of the unit was complete, Mr. Hulette Served as the Commander, HHD, SE-MARSG.

Mr. Hulette was then assigned as a staff epidemiologist at the Armed Forces Health Surveillance Center in Silver Spring, MD working on both global infectious disease and mental health problems for the Department of Defense.

Mr. Hulette is presently assigned as OIC, CTAC3 for the USAR Consequence Management Unit, part of the DoD's primary response to any CBRNE incident Worldwide.

As a civilian Mr Hulette has worked in corporate, government, and consulting contexts primarily in healthcare and R&D. He holds academic appointments at Vanderbilt and Meharry Medical College and has published numerous academic articles. 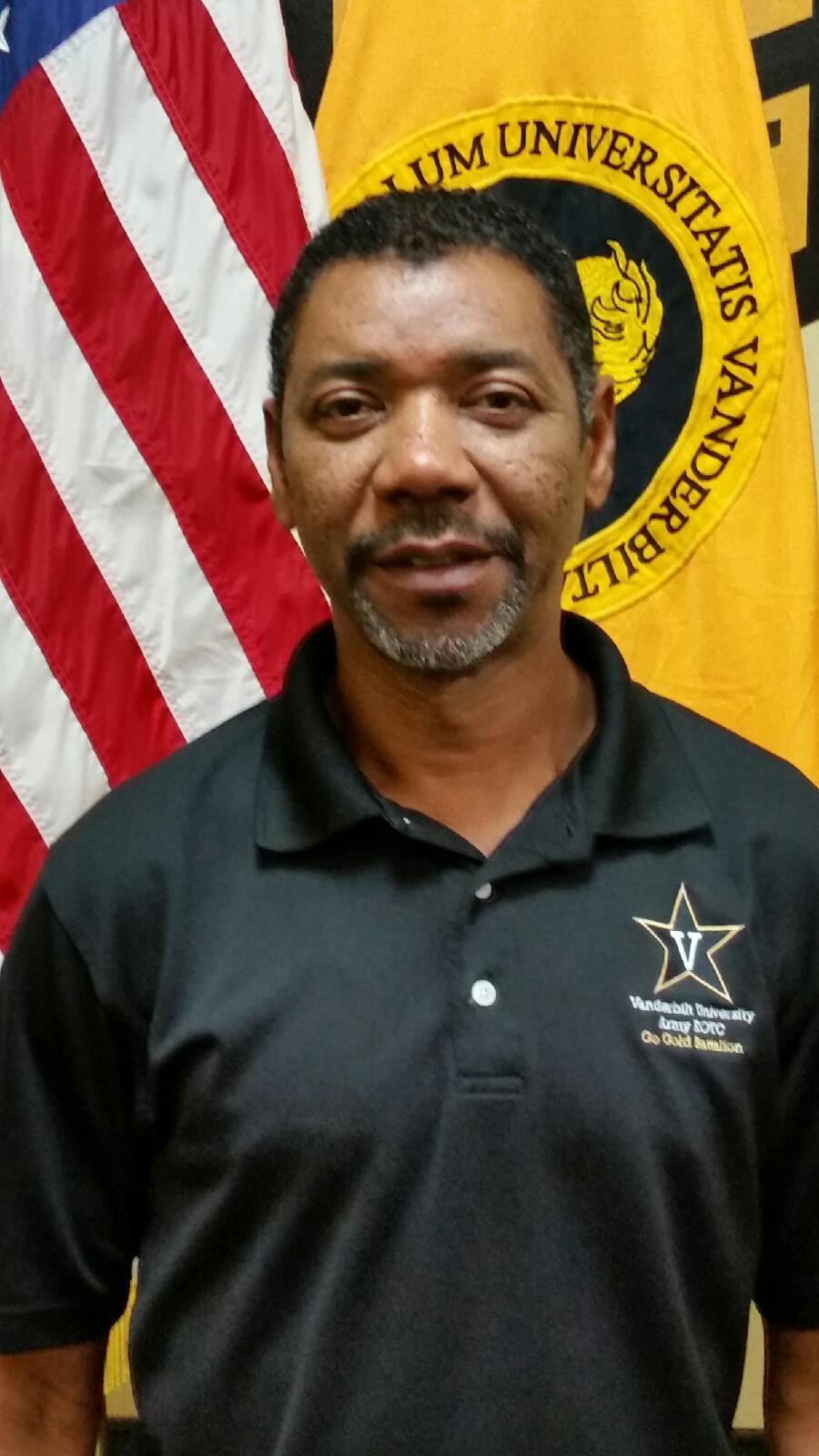 Mr.  Bradley is currently serving as the Supply Technician for Vanderbilt AROTC. He can be reached by phone at (615) 322-8556, or by email at   bruce.d.bradley@vanderbilt.edu

Additionally, he graduated with an Associate's Degree in Business from Calhoun College, and a Bachelor's Degree in Management Information Systems from Columbia College, Columbia MO. 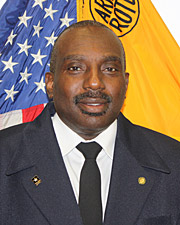 Mr. Kenneth W. Walden is currently serving as the Administrative Assistant for Vanderbilt AROTC. He can be reached by phone at (615) 322-8550, or by email at kenneth.w.walden@vanderbilt.edu

Mr. Walden joined the “Go Gold” Battalion as an Administrative Assistant in March of 1997 after his retirement from active duty military with 22 years of service to his country. During his career, he achieved the rank of Sergeant First Class (SFC).

He began his career in the Army as an enlisted Soldier in the branch of Field Artillery and after his initial enlistment changed his branch to administration. SFC Walden entered the Army in 1975. He attended Basic Training at Fort Knox, Kentucky, and Advanced Individual Training at Fort Sill, Oklahoma.