A native of Indiana, Dr. Douglas Morin is a conductor who enjoys working with bands and teaching musicians. Prior to earning his doctorate, he spent twelve years as an educator in North Carolina where his concert bands, marching bands, and jazz ensembles earned numerous awards, recognitions, and superior ratings. He writes drill for bands of all sizes, from 25 to 300, which is performed in venues from high school football games to the College Football Playoffs. He served as guest conductor, clinician, and adjudicator for ensembles from both the United States and Canada.

Dr. Morin graduated from the Indiana University Jacobs School of Music with a Bachelor of Music Education, earned a Masters of Music in Wind Conducting at the University of Southern Mississippi, and completed his Doctorate of Musical Arts in Wind Conducting from the University of Washington. During his matriculation at Southern Mississippi, where he served as Head Graduate Assistant for the Department of Bands, the faculty from the School of Music selected him to receive the Outstanding Graduate Student Award. His conducting teachers include Dr. Catherine Rand and Professor Timothy Salzman. He holds memberships in the National Association for Music Education, Phi Kappa Phi honor society, Kappa Kappa Psi National Honorary Band Fraternity, and the College Band Director’s National Association. 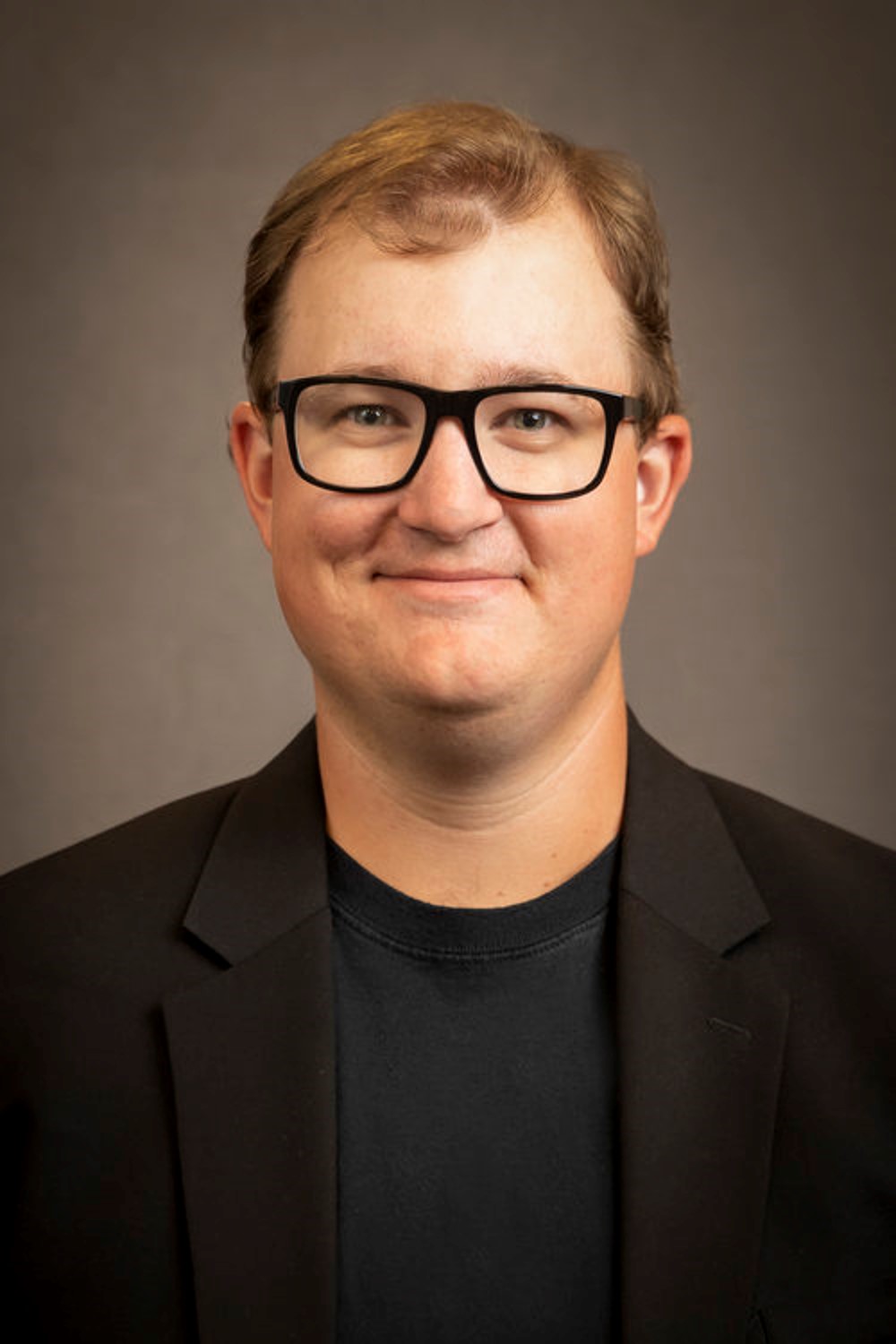 Clark Hubbard is an American percussionist, composer, artist, and educator whose work draws from his backgrounds in classical, contemporary, jazz, minimalist, rock, and art-pop music. A frequent collaborator and advocate for new music, Clark has been involved in over a dozen premieres of new works and has performed across the globe from Colombia to Denmark. As a composer, Clark has been commissioned to create works for chamber groups and soloists and has released a handful of electronic music albums. As an artist, Clark designs logos, concert posters, album covers, social media graphics, presentations, and videos for ensembles and organizations.

Originally from Ohio, Clark received his Bachelor of Music in Performance degree from the Blair School of Music at Vanderbilt University where he was also a member of the Vanderbilt Spirit of Gold Marching Band. He graduated from the University of Michigan School of Music, Theatre, and Dance with Master’s degrees in Music Performance and Chamber music. While at the University of Michigan, Clark was a graduate student instructor with the Michigan Marching Band. 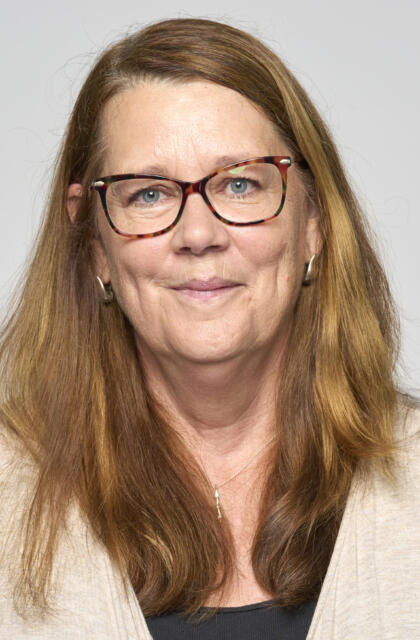 Cindi Gallagher has worked at Vanderbilt since 1999. She is a flute and piccolo player and performs at church and with the Vanderbilt Community Concert Band. For assistance with most all band related activities, Mrs. Gallagher is a wealth of information. 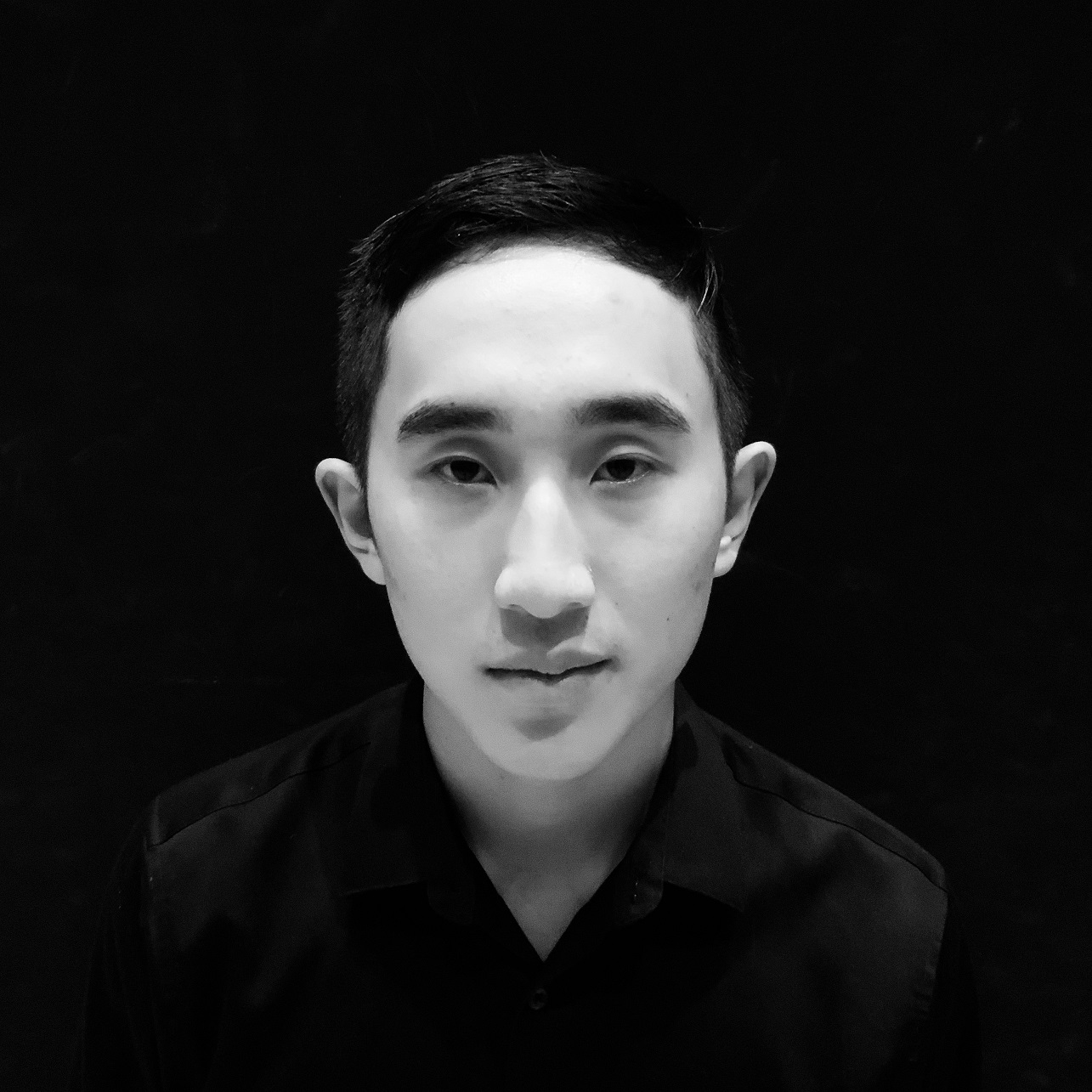 Adopted from South Korea, Kenneth lived most of his life in Colorado. There, he participated in various music groups including the Colorado All State Orchestra and the Blue Knights Percussion Ensemble. Since starting music in 4th grade, he has gained experience on numerous woodwind, brass, keyboard, string, and percussion instruments. Kenneth then moved to Nashville to continue his education at Vanderbilt University as a Percussion Performance Major with a Composition Concentration.

Kenneth’s involvement with the Spirit of Gold includes membership in 2017, and staff in 18' and 19'. Outside of Vanderbilt, he is a member of the Boston Crusaders Drum and Bugle Corps, marching as a front ensemble or battery member since 2017. Currently an undergraduate Junior, Kenneth hopes to continue teaching and writing for marching percussion and drum corps in his professional career. 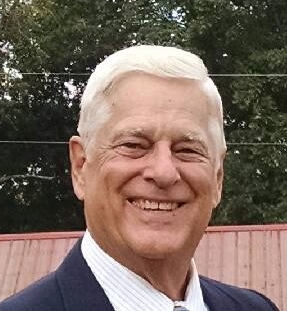 A second generation Vanderbilt University Alum whose older brother McKenzie also played and was Drum Major for the VU Band, Mr. Roberts has served as the Video photographer for the Spirit of Gold since 1994.  Mr. Roberts graduated as a part of the Vanderbilt University Engineering Class of 1966. During his time at VU, he was a Percussionist in the Vanderbilt-Peabody Joint University Band '62-'64. After graduation, he became a co-founder and past president of VU Alumni Band Association. 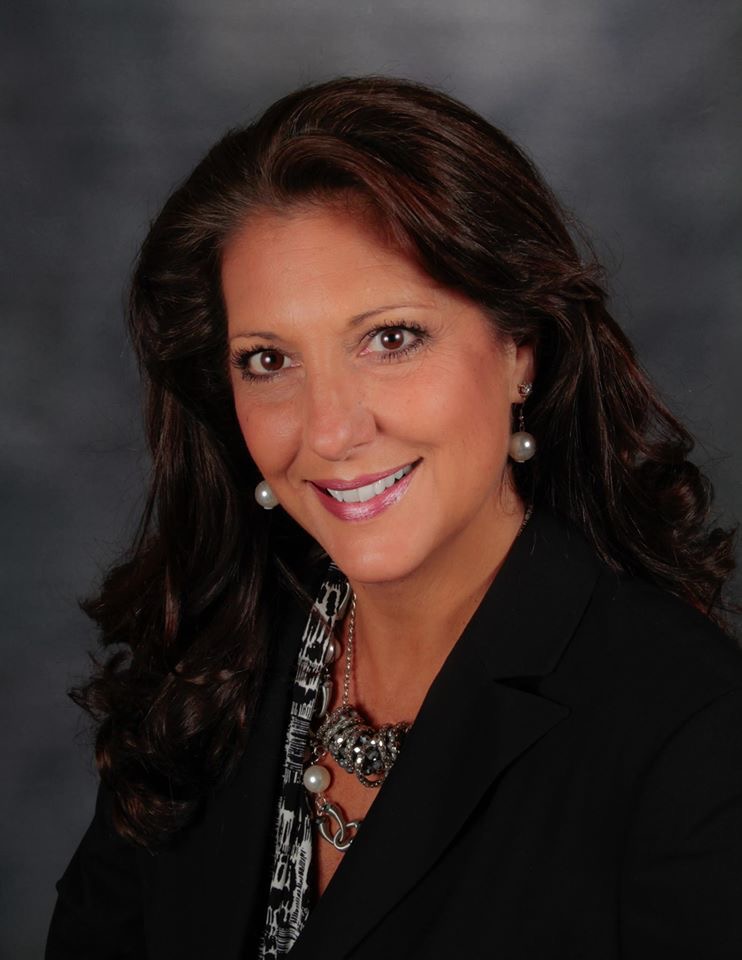 Nancy Baker is originally from Pittsburgh, PA and has captured State, National and International titles during her competitive years in baton twirling, including the coveted title of Miss Majorette of America. Upon winning the National honor, Nancy recieved a twirling scholarship at the University of Tennessee as the Feature Twirler and Head Majorette for The Pride of the Southland Band. She has traveled the world performing and coaching and her students have achieved State and National honors along with many twirling scholarships and have graced the fields of many Colleges and Universities nationwide.

Nancy now resides in Nashville and is very excited to be part of the  Spirit Of Gold Marching Band leadership team and is looking forward to building the twirling program at Vanderbilt University. 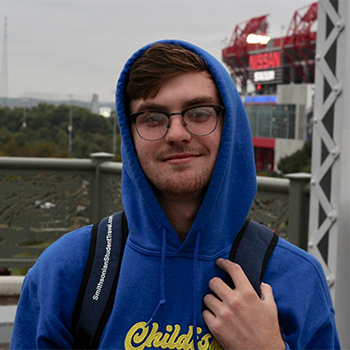 From Dothan, Alabama, Jamie moved to Nashville in 2018 to attend Belmont University, where he majored in Music Business, Audio Engineering, and minored in Photography. Now a Spirit of Gold Alumni, Jamie was a drumline member and played drumset for the Anchor of Sound Basketball Band. He is currently based in Nashville full-time as a freelance photographer available for booking through his website.