Chair and Professor of Chemical and Biomolecular Engineering

My research efforts are aimed at the molecular design and fabrication of smart surfaces and materials, many of which mimic, replicate, or employ highly functional biological components. We use the methods of self-assembly as well as surface-initiated polymerizations (grafting from) to modify surfaces with molecular or (bio)macromolecular films for applications in solar energy conversion, responsive coatings, superhydrophobic surfaces, lubrication, and metal capture.  Photosystem I (PSI) is a nanoscale protein complex that efficiently converts sunlight to chemical energy to drive photosynthesis in green plants. We are investigating the fundamental issues affecting photo-assisted electron transfer properties of PSI, deposited as thin “biohybrid” films on electrode surfaces.  Our recent innovations in this area include interfacing PSI with conducting polymers for more efficient electron transfer and modeling the photoelectrochemical reactions of a PSI multilayer film with redox species.

We are developing smart materials and films for a host of applications. As examples, we are investigating nano-scale components that report defects when incorporated into 3D-printed components, as well as coatings that report active corrosion from inside a pipe. We are also designing compositionally tunable thin films that respond dramatically to the pH of the environment by altering their resistance to water and ion transfer. 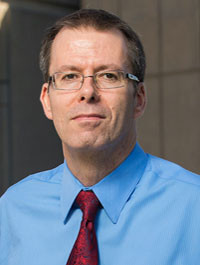