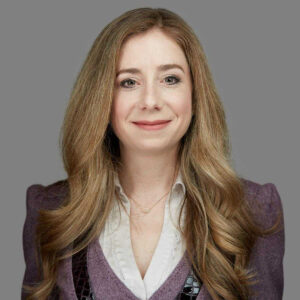 Deanna Meador is the Director of Entrepreneurship at the Wond’ry, Vanderbilt University’s Innovation Center and the CEO of fashion technology company Couture Technologies.

She began Couture Technologies, alongside her cofounder Dr. Marcelino Rodriguez-Cancio, to empower direct-to-consumer fashion and workwear apparel brands with virtual try on technology, 3D garment creation services, and enhanced data analytics designed to reduce returns and increase conversion rates. Couture Technologies is a National Science Foundation funded company that was recognized as one of the Top 9 tech startups in the world during the 2021 Olympics of Tech and the 2022 Most Innovative Apparel Sales Software Company.

Deanna is a successful tech entrepreneur and inventor that describes herself as never meeting a challenge she didn’t like. Her love of problem solving and the ability to develop solutions that impact the lives of people has driven each of her business ventures. She started her first company during graduate school and grew it to multiple physical locations in 2 states until it was acquired by a larger company. After selling this company, she spent 7 years conducting rigorous education and juvenile justice research for Vanderbilt’s Peabody Research Institute (PRI). During her time at PRI, she was the resident innovator and developed a paperless data collection system for collecting assessment and observational data in the field. This system has been featured in multiple articles and colloquia, including the Institute of Education Science’s showcase entitled, “Using Technology in Research”, and is now in use at other universities across the U.S., South Africa, Portugal, Australia and Sweden. In 2017, she joined 3 other inventors to develop Chalk Coaching, a tool for improving classroom experiences for preschool children through observation and data-driven coaching. The development of Chalk was funded by the National Science Foundation. This coaching system is currently being piloted by education systems in two states with plans for expansion beginning next year.

Deanna is the recipient of the Unsung Hero award for her work with underserved youth, as well as the Young Alumni Achievement Award from her undergraduate university for her innovations (the highest honor the university bestows on alumni under the age of 40, out of over 400 nominees).

Over the last 5 years, she has taught 15 cohorts of aspiring entrepreneurs and mentored over 400 teams as they evaluated new technologies and launched new ventures. Deanna really enjoys working with creators, inventors, and entrepreneurs that dedicate their lives and talents to making a positive impact in the world.