The Tennessee General Assembly took the rare step of meeting for two different special sessions in October to address the largest economic development project in the state’s history and restrictions regarding the COVID-19 pandemic. During the first session, the legislature voted overwhelmingly to approve portions of an almost $900 million economic development incentive package for Ford Motor Company. This investment will be used by Ford and other related companies to move into the Memphis Regional Megasite in West Tennessee. The project, dubbed “Blue Oval City,” will result in more than 5,000 jobs and additional significant economic and workforce development increases in the region.

The second special session was called directly by the legislature to discuss COVID-19 legislation. There were over 80 bills filed for consideration in both chambers. Several bills were filed jointly by Lt. Gov. Randy McNally (R-Oak Ridge) and Speaker of the House Cameron Sexton (R-Crossville) that would eventually be the only bills that would move to the floor for a final vote. One of these bills became known as the “omnibus COVID bill” because it was a large bill that attempted to encompass all of the COVID-19 provisions that would become law. The bill went through multiple changes before a final version, which placed restrictions on what entities are able to require the COVID-19 vaccine while also still preserving the ability for entities to require masks if they choose.

The state legislature reconvened in Nashville at noon on Jan. 11 to begin the second regular session of the 112th General Assembly. The legislature returned after a shorter break than normal following the October special sessions. Typically the legislature moves in a very brisk pace in even-numbered years (the entire Tennessee House of Representatives and half of the state Senate will be on election ballots this year), and this session is not expected to be any different. Legislative leaders have signaled that they intend to finish the session in a deliberate manner to allow their members more time to campaign and prepare for their elections. There are many factors that can impact adjournment, but early discussions with members of the legislature indicate that mid-April is the targeted end date.

The General Assembly, based on data from the U.S. census every 10 years, is tasked with redrawing the lines for both federal and state districts. The official population for Tennessee following the 2020 census was 6,910,840. While the number of seats in the General Assembly does not change based on population, the location and size of the actual districts do change based on population shifts within the state. Some areas of the state (West Tennessee and portions of upper East Tennessee) have seen significant reductions in population while areas of Middle Tennessee have grown much larger. Districts will have to be altered based on this population data, and the resulting changes will result in some current members being placed in the same district as other members. In the last few months, most of the discussions around the redistricting process focused on Tennessee’s 5th Congressional District, which currently includes all of Davidson and Dickson counties and a portion of Cheatham County. The final version of the plan that the General Assembly adopted split Davidson County among three different congressional districts.

To see a side-by-side view of the current vs. proposed Tennessee Congressional districts, click the image above.

Gov. Lee delivers last State of the State address of his first term

On Jan. 31, Gov. Bill Lee made his fourth State of the State address and formally presented his proposed $52.6 billion state budget to the General Assembly. This event largely sets the policy agenda for the entire legislative session. The largest item discussed during his speech was a potential overhaul of the funding formula (the Basic Education Program) that is used by the state for the funding of K–12 public education. The plan is still being finalized by the governor’s office and members of legislative leadership, but the plan is expected to include nearly $750 million in state funding and will incentivize strategic and efficient spending to accelerate student achievement. After factoring in other spending, including items like relocating public schools located in flood plains following the catastrophic floods in Waverly last fall, Lee proposed nearly $1 billion in new education spending for K–12 schools. Additional highlights of the budget include:

The legislature will now spend the next few months holding budget hearings and deciding on its own budget priorities. The General Assembly will work closely with Lee in forming a revised budget proposal for consideration near the end of this year’s legislative session. 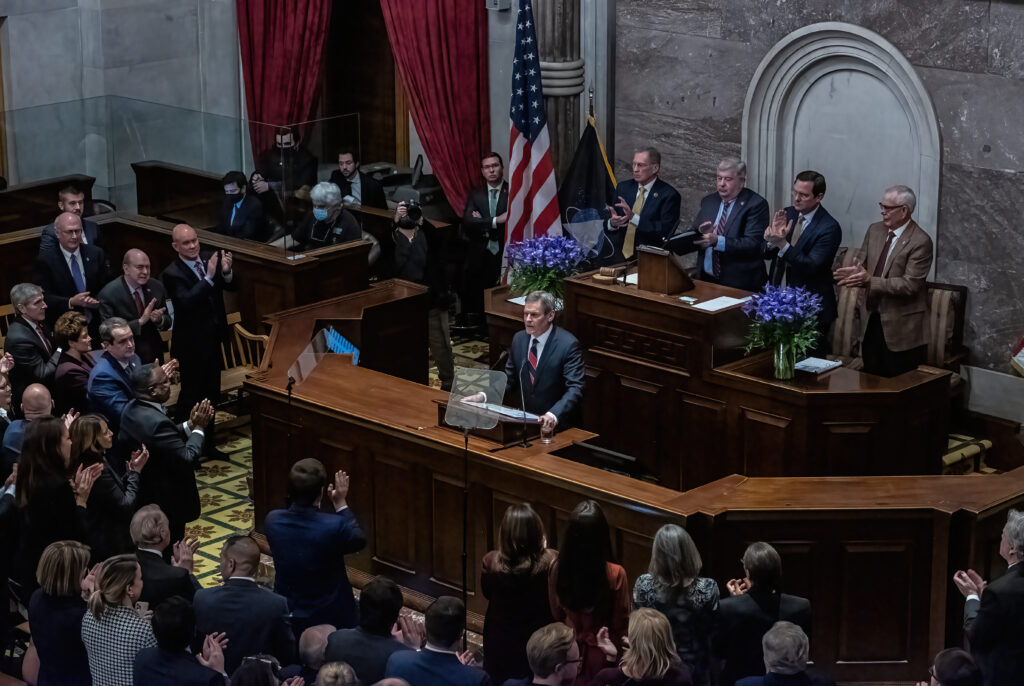 In November, the Office of State Government Relations helped to facilitate the participation of Vanderbilt Provost C. Cybele Raver in a roundtable discussion with representatives from Ford Motor Company at Lipscomb University. The presidents of Lipscomb, Belmont, Cumberland, Fisk and Tennessee Tech universities also participated. This event, jointly hosted by the Tennessee Department of Economic and Community Development and the Tennessee Independent Colleges and Universities Association, was intended to allow higher education institutions in the Middle Tennessee region to have a broad introductory dialogue with representatives from Ford to discuss potential areas for partnership on workforce and economic development. Raver highlighted the work of the Wond’ry as an example of the cutting-edge research and innovation that takes place on Vanderbilt’s campus. She also discussed the importance of partnerships with entities like Ford at the faculty level through “professional internships” to strengthen relationships. Ford conducted similar events in Memphis, Jackson, Nashville and Smyrna as the company begins to lay the groundwork for its new facility in West Tennessee.

Other Updates in Issue 9