Artist Statement – “Resilient Souls: We Rest Then We Rise”
My work compiles stories that are my own as well as those of my loved ones, my ancestors and the humble words of strangers. With themes of poverty, death, mental illness, masculinity/femininity and racial injustice, the bright colors and inclusion of words I use create underlying themes of survival, redemption and hope. The juxtaposition of pain and healing are held in the same space within each piece allowing each emotion to be seen and felt to open the way for healing.
This collection of works is a reflection of the natural strength we have to keep going, even in tough times, and of the need to rest and live our lives before we get back up to fight again.

In commemoration of Black History Month

Noon to 1PM in the Art Room

Continuing what has been an exciting Black History Month visual arts exhibition, VDS is happy to host artist Michael McBride for a gallery talk and conversation this Monday, February 10th .  McBride will speak on his philosophy/theology of art making and will entertain questions and comments from attendees.  Refreshments will be served; the event will take place in the Art Room between noon and 1 PM.  All are welcome!

“Art provides a tool for communication between the viewer and me. Color is a major component in that communication which can evoke different moods and ideas. I believe in presenting images that reflect positive ideas and situations. It is important for the viewer to see my work and to view the contents through the lens of their own life experiences.” (McBride)

G raph of Desire: A retrospective exhibition of paintings by Mira Gerard

I make paintings of the figure as a way to understand desire, which functions in my work in part as a fantasy about being both subject and maker. For several years when I was growing up, my family lived in a small intentional community in rural New Hampshire with no TVs and with limited access to experiences of mainstream American culture in the 70's. I became fascinated with fairies and fairy tales, along with the meadows, stone walls and woods around me. During that time, I was a frequent subject of my father's paintings- usually depicted playing in fields of flowers in sun-drenched afternoon landscapes.

Ten years ago I quite literally stumbled into Lacanian psychoanalysis. It's a practice of speaking freely and in a very nonlinear way, which parallels studio processes of sorting through fragments, pieces of images and ideas, to make something new that remembers (re-members).  I create staged photographs and videos and supplement those with screenshots, art historical references, and collage. I am specifically interested in figures or elements in landscapes and spaces, and in the implication of a kind of storyboard, a before-to-after. Because the process of painting itself feels necessarily perfomative and vulnerable, I try to communicate this through both content and approach. I have embraced traditional, old master forms of construction, with a method in place for the breakdown of those processes to occur, so that the paintings themselves are like landscapes and bodies- a physical manifestation of interruptions, scars, layers, and time.

Mira Gerard’s creative practice spans painting, performance, and video. She received her BFA from Indiana University in Bloomington, Indiana and her MFA from the University of Georgia in Athens, Georgia.  Her work has been exhibited at a wide range of venues.  Her work was selected for  New American Paintings #118  (Southeast Edition, 2015) and has been published in journals including Poets & Artists, The Cortland Review, and Manifest Painting International.  She has presented papers and performance & video works on the intersection of art and psychoanalysis at conferences including the International Zizek Studies Conference, LACK, Psychology and the Other, and the Southeastern College Art Conference.  She has been awarded fellowships for residencies at Ox-Bow School of Art, Cill Rialaig Project, The Hambidge Center, The Vermont Studio Center, and the Virginia Center for Creative Arts. Mira Gerard is Chair and Professor in the Department of Art & Design at East Tennessee State University in Johnson City, Tennessee where she has lived since 2001.

The Role of the Arts in Theological Education: A Round Table Conversation

Alicia Henry: A Work in Progress


A round table conversation on the craft of memoir writing from a theological perspective.

“Theology and the Most Intimate Heart:

Readings in Poetry and Memoir”

In conjunction with Dr. Perkins’ class "Creativity: A Theological Engagement," Bondi will read and comment on selections from her autobiographical writings as well as a yet to be published volume of poetry.  She will speak to the idea of creative scholarship and recount her personal narrative of finding her place in relationship to Christianity and the academy.

"Imagine the World is a Circle:

Dorotheus of Gaza on God, Neighbor and Self"

In conjunction with Dr. Michelson's seminar on "Desert Spirituality," Prof. Bondi will discuss her book To Pray and to Love and also the writings of Dorotheos of Gaza and Theodoret of Cyrrhus. She will discuss how these ancient monastic texts can still speak to the act of loving God and neighbor as self as well as the role of humility and pride in interpersonal relations.

Religion in the Arts and Contemporary Culture is pleased to present an open session with acclaimed singer-songwriter Amy Grant.  Grant is an American music icon who has crossed genre boundaries and earned the respect of fans and peers with her honest and vulnerable approach to songwriting.  In her 25 year music career, Grant has had six #1 singles, sold over 30 million albums and won six Grammy Awards.

The Holy or the Broken:

Today, “Hallelujah” is one of the most-performed rock songs in history. It has become a staple of movies and television shows as diverse as Shrek and The West Wing, of tribute videos and telethons. It has been covered by hundreds of artists, including Bob Dylan, U2, Justin Timberlake, and k.d. lang, and it is played every year at countless events—both sacred and secular—around the world.

Yet when music legend Leonard Cohen first wrote and recorded “Hallelujah,” it was for an album rejected by his longtime record label. Ten years later, charismatic newcomer Jeff Buckley reimagined the song for his much-anticipated debut album, Grace. Three years after that, Buckley would be dead, his album largely unknown, and “Hallelujah” still unreleased as a single. After two such commercially disappointing outings, how did one obscure song become an international anthem for human triumph and tragedy, a song each successive generation seems to feel they have discovered and claimed as uniquely their own?

Through in-depth interviews with its interpreters and the key figures who were actually there for its original recordings, acclaimed music journalist Alan Light follows the improbable journey of “Hallelujah” straight to the heart of popular culture. The Holy or the Broken (Simon and Schuster) gives insight into how great songs come to be, how they come to be listened to, and how they can be forever reinterpreted.

"Thoughtful and illuminating... [Mr. Light] is a fine companion for this journey through one song’s changing fortunes."  (The New York Times)

View From A Small Boat

Religion in the Arts and Contemporary Culture is pleased to present View from a Small Boat with award-winning photographer and adventurer John Guider. Guider built a small motor-less boat, launched it into the Cumberland River close to his home, traveled to the Mississippi, to the Gulf of Mexico, across the Gulf to Key West, then up the entire East Coast of Florida. He will soon begin an arduous trip up the Atlantic coast to New York City. "My intention is to go out for at least two months every year until I have completed the circumnavigation known as the 'Great Loop'. Once I get to New York City, I will enter the Hudson and Erie Canal, make my way across the Great Lakes, down to Chicago, and back to the Mississippi, ending up in Cairo, Illinois where I first entered from the Ohio, Tennessee, and Cumberland Rivers. The total journey is over 6000 miles, I am a little more than halfway with at least three years to go." Guider will tell us about his several year journey, which is also a journey of the soul and spirit. He will feature his exquisite photographs showing the water and land from a point of view seldom seen. Like the abstractions of modernist photographers, Guider's emphasis on texture and ambiguous subject matter evokes his encounter with nature. His work shows us a world visible only at a slow river pace. "My images are meant to be an expression for what I was feeling rather than a response to what I was seeing. The realities that appear in my photographs are intended to act as vessels for the poetry that lies within me."

John Guider is a nationally recognized award winning photographer and author, and one of eleven finalists in The Most Beautiful Minds in America 2011. His work has appeared in major publications such as Print, Communication Arts and Graphis. He is the recipient of many awards including a national Addy Award, the American Cancer Society's Excalibur Award, and the Nashville Advertising Federation's highest award, the Silver Medalist, in the year 2000. His images and his adventures have been featured in numerous magazine, television, and newspaper articles and broadcasts. 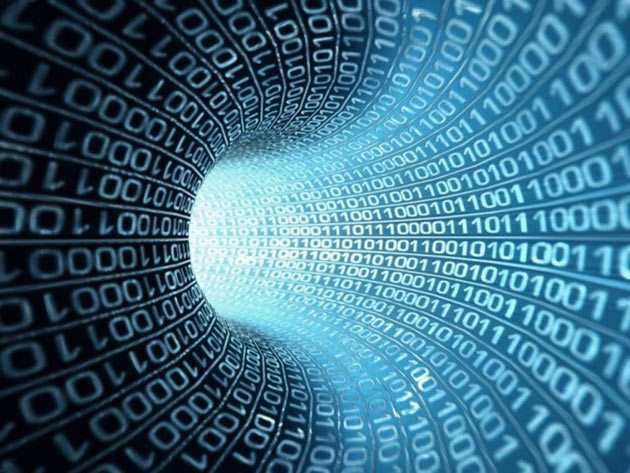 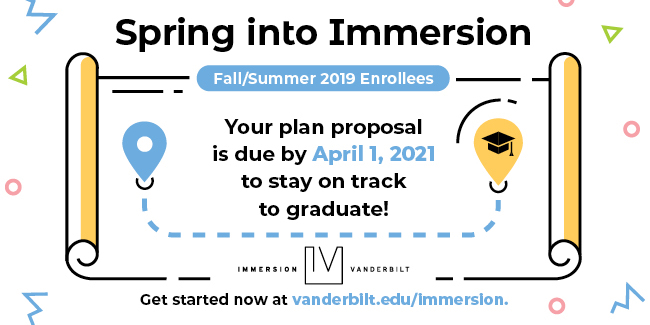 Students in Class of 2023 spring into immersion with March events; deadline to submit proposals is April 1