From live music to the city's best cultural destinations to fun for families, Nashville is a wonderful place to explore.

Frist Center for the Visual Arts
The Frist Center hosts a spectacular array of art from the region, the country and around the world and has become a magnet for Nashville’s rapidly expanding visual arts scene. With an exhibitions schedule that has new art flowing through the magnificent Art Deco building every six to eight weeks, no matter how often you visit, there is always something new and exciting to see in the spacious galleries.

Country Music Hall of Fame
The Country Music Hall of Fame and Museum has been the home of America’s music since 1967. In keeping with the cultural significance of the music and the heroic achievements of those who form its membership, the museum opened in a $37 million landmark new building in May 2001. Located on the west bank of the Cumberland River, the Hall of Fame is just a few steps from the historic Ryman Auditorium, the Schermerhorn Symphony Center and the honky-tonks of Lower Broadway.

Tennessee State Capitol (615) 741-2692 or (615) 741-1621
The majestic Tennessee State Capitol, completed in 1859, is located on a high hill in downtown Nashville near the Bicentennial Mall and the Farmers’ Market. The distinctive tower is designed after the monument of Lysicrates in Athens, Greece. The Capitol, still in use by state government, features numerous works of art, historical murals and frescos, portraits, massive chandeliers, the House and Senate chambers and library, and the Governor’s Office. The grounds also include the tomb of President and Mrs. James K. Polk.

Ryman Auditorium
Known as Nashville’s premier performance hall, the Ryman Auditorium was the home of the Grand Ole Opry from 1943 to 1974. During that period, the building gained nationwide recognition as the “Mother Church of Country Music” featuring pioneering performers such as Bill Monroe, Hank Williams, and Patsy Cline who helped shape the future of country and bluegrass music. Today the renovated space still features wooden church pews and music that can’t be beat.

Nashville Public Library – Main Library
The 300,000-square-foot Main Library building is in the heart of downtown Nashville. From its historic Nashville Room to the public art galleries to the café to the fountain-filled center courtyard, the main branch of Davidson County’s 21-branch public library system is a perennial favorite.

Downtown Presbyterian Church
One of only three surviving Egyptian Revival churches in the U.S., this spectacular building was designed by Philadelphia architect William Strickland. According to the church, “the public is welcome to enjoy self-guided tours of our beautiful and historic church during regular business hours. Guided tours are available for groups of five or more if arranged in advance.”

Cheekwood Botanical Garden and Museum of Art
Within its 55 acres, Cheekwood features a botanical garden and a museum of art, which is recognized as a center for contemporary art in the Southeast. The Cheekwood mansion, with the original boxwood gardens, has been named to the National Register of Historic Places.

Nashville Zoo at Grassmere
Located just six miles south of downtown Nashville, the Nashville Zoo at Grassmere is open every day except Thanksgiving Day, Christmas Day, and New Year’s Day. In addition to its exhibits, crowd favorites include the Grassmere Historic Farm, the Jungle Gym (the largest community-built playground of its kind in the country), and the Wild Animal Carousel, which provides guests with the opportunity to ride one of 39 hand-painted, wood-carved animals.

The Grand Ole Opry
The six-foot circle of dark, oak wood in the Opry House stage is shiny but clearly well worn. Cut from the stage of the Opry’s famous former home, the Ryman Auditorium, this circle gives newcomers and veterans alike the opportunity to sing on the same spot that once supported Uncle Dave Macon, Ernest Tubb, Patsy Cline, and others. As that wooden circle is the heart of the stage, the Opry’s heart is its music and its members — a broad scope of styles by a wide range of artists.

The Parthenon
Located just a few blocks from the heart of Vanderbilt University, the Parthenon stands proudly as the centerpiece of Centennial Park, Nashville’s premier urban park. The re-creation of the 42-foot statue Athena is the focus of the Parthenon just as the original was in ancient Greece. The building and the Athena statue are both full-scale replicas of the Athenian originals. Built for Tennessee’s 1897 Centennial Exposition, this replica of the original Parthenon in Athens serves as a monument to what is considered the pinnacle of classical architecture. The Parthenon also serves as the city of Nashville’s art museum.

The Belcourt
Nashville’s nonprofit venue for theatre, music and events, the Belcourt offers two theatres, one of which is the original 1930s movie house. Located in Hillsboro Village, the venue features music, film, events and forums daily.

Bluebird Café
Among musicians, the Bluebird is world-famous and the place to see and hear well-known songwriters and musicians as well as those just starting out. This treasure is but a hole in the wall, tucked into a strip mall in the middle of the Green Hills area of Nashville. Be forewarned: Go to hear music, not for conversation. Customers who talk during performances are commonly shushed.

The Station Inn
Located in The Gulch long before that area was one of Nashville’s hottest night-spots, the Station Inn has hosted virtually every significant name in bluegrass music. Amazing music and pretty good pizza, too.

Nashville in Three Cups of Coffee

Music: A sampling of the different music venues in town: 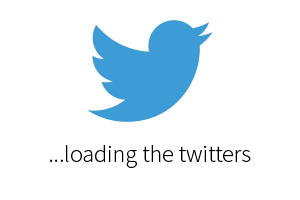 Nashville Originals  is a dedicated band of local restaurateurs, dedicated to the challenge of sustaining the independent restaurant as a feature and a fixture of local culture and community.

The Nashville Convention and Visitors Bureau maintains a database of Nashville-area restaurants. Searches of the database can be done based on area of town, cuisine and price range.