Vanderbilt Critical Psychiatry Conference to be held on January 22, 2022 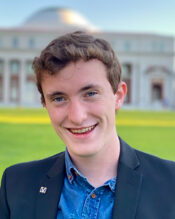 The Vanderbilt Critical Psychiatry Conference (VCPC), a student-led, one-day event directed by MHS junior Joseph Sexton, is slated to take place on Saturday, January 22nd, from 8AM to 3PM. Critical psychiatry is an evolving field of study focused on improving mental health care by investigating its current and historical shortcomings. Sexton, who is also majoring in Cognitive Studies and Mathematics, says he initially grew interested in the field during his first semester at Vanderbilt, when he took MHS 4010: Psychiatry, Culture, and Globalization with Professor Dominique Béhague. The class, he says, was “life-changing” as he questioned the basis for psychiatry, which he was at that time planning to pursue as a medical doctor. His interests were further cemented as he pursued research with Psychology professors Steven Hollon and Judy Garber, as well as MHS professors Ken MacLeish and Kirsty Clark. Sexton wanted to bring awareness to the growing movement for mental health reform and so organized the VCPC, which brings together academics – including his mentors in the Department of MHS – along with student activists and speakers from related non-profit organizations. Undergraduate and graduate students, including many studying MHS, will also present their work in a poster session, a culmination of work by the Vanderbilt Mental Health Reform student organization led by Sexton through Active Minds Vanderbilt. The keynote will be given by Steven Hollon, PhD, on controversies within the etiology and treatment of depression. A large portion of the audience come from clinical backgrounds, furthering real-world impact of the Conference’s panels and poster session. The VCPC is a free and virtual event, and you can register online here: vanderbiltcritpsych.org. To stay posted with Vanderbilt Mental Health Reform, join their parent organization Active Minds here: https://anchorlink.vanderbilt.edu/organization/activeminds