This summer I partnered with Special Olympics Alaska, primarily to fill a huge personnel void. Within the last year, they had lost half of their staff. As an experienced Special Olympics volunteer and Ingram Scholar, I was able to help fill in the gaps left by these absences and alleviate some of the workload and challenges for the remaining staff members.

I was privileged to work on several events and programs this summer. I supported athletes and worked on operations at the 50th annual Alaska Summer Games, helped to organize and run a huge fundraising event with local law enforcement, acted as a representative for Special Olympics at a Unified Track event, and worked with the Board of Directors to organize an event designed to feature the history of Special Olympics. These events allowed me to work closely with athletes and community partners and were some of the most rewarding parts of my project.

In between these events, I helped out with day to day busy work. When there was a lull in programming, I would send emails, make phone calls, and work on data entry. Although this side of the operations wasn’t as glamorous as some of my other activities, it was still a valuable experience and was essential to the reduced staff at Special Olympics.

The highlight of my summer was Camp Shriver. This two-week-long summer camp was a serious challenge. Although I’ve been involved in five past Camps as a participant, volunteer, or coach, and had researched best practices and methodologies before the program began, I still wasn’t entirely prepared for the challenges that I encountered. I was responsible for sixty teenage campers, half of whom have intellectual disabilities, and in charge of twenty adult volunteers, many of whom had intellectual disabilities as well. The situations I dealt with and directed volunteers to deal with ran the gamut, from scraped knees to violent outbursts. Camp Shriver allowed me to use my skills as a crisis manager and a leader, and it was the piece of my project that I was most excited for and passionate about. I feel so lucky to have had the opportunity to direct Camp this year, and I devoted a lot of time and energy into recording my steps and leaving behind tips and tricks for the next person who would fulfill that role.

Although Camp and some of the events were exciting, I found perhaps the most meaning in interactions with others. Leading and mentoring volunteers, addressing parent concerns, and playing with athletes were at times challenging but always gratifying. The intellectually disabled are underserved and frequently misunderstood, and I am proud to have spent the summer combatting these inequities. 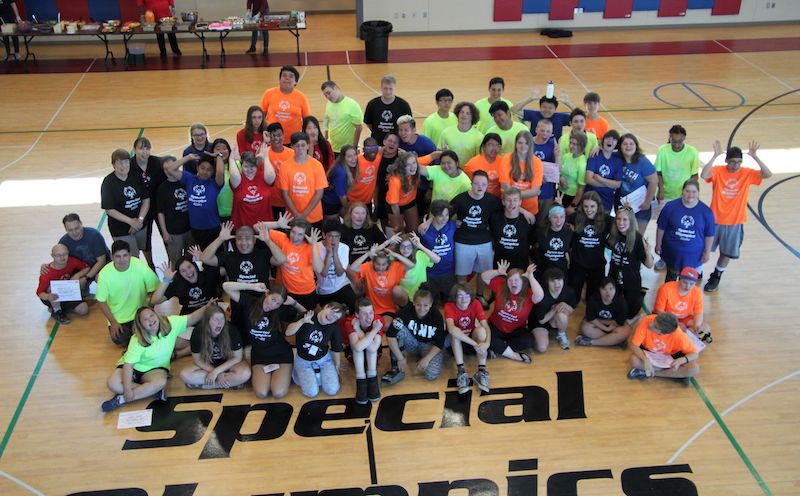 The entire Camp (including volunteers) assembled 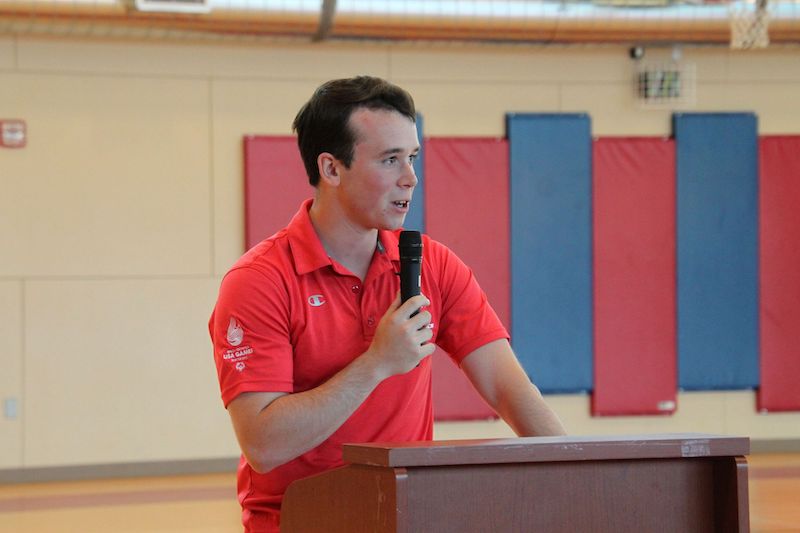 Me speaking at the closing ceremony