Queen's University in Belfast, Northern Ireland, combines the best of tradition with a progressive outlook. The institution's world-class academic reputation is reflected in the award of a Queen's Anniversary Prize in 2006, the fourth time the University has been honored in this way. Founded by Queen Victoria , the Queen's University in Ireland was designed to be a non-denominational alternative to Trinity College Dublin which was controlled by the Anglican Church.

During the Irish Studies International Summer School, students are encouraged to learn about Irish and Northern Irish culture both inside and outside of the classroom. Lectures and seminars are given by internationally acclaimed scholars from Queen's University and elsewhere on various aspects of the study of Ireland, including history, politics, anthropology, film and theatre, language, and literature.

There are also a number of excursions to archaeological, historical and cultural sites in Belfast and beyond. A fieldtrip to the historical city of Derry incorporates a visit to the Tower Museum, the Museum of Free Derry and a tour of the murals and the city walls. Trips to the famous Giant’s Causeway on the North Antrim Coast and to Dunluce Castle are also included.

Vanderbilt will use the scale shown here to articulate all grades from Queen's University Belfast, regardless of the subject area or language of instruction.

Queen's accommodations vary from traditional halls of residence with meals provided to self-catering halls and houses. Students are guaranteed housing while the summer school is in session, usually in the newly developed Queen's Elms student village. The village features private rooms and internet access, and is within easy walking distance of campus. It is possible to stay in the village before and after the summer school; the student must book and pay for this service separately.

Queens University is located in a Victorian suburb on the popular south side of the city of Belfast, one of the most dynamic small cities in Europe. In recent years the city has been transformed by world-class developments in places like Laganside, Cathedral Quarter and in the city centre to such an extent that lifestyle magazines have described Belfast as "Europe's friendliest—and trendiest—regional capital", "a sexy city buzzing with life" and as "one of today's most fashionable places to visit and live".

Queen's campus is at the apex of Belfast's famous Golden Mile of pubs, clubs, cafe bars, restaurants and entertainment venues. These not only provide an extensive variety of leisure-time options, but are a valuable source of student part-time employment. Most of Belfast's finest museums, galleries and theatres, great parks and gardens, international sports stadiums and wonderful wildlife reserves are within walking distance from the campus. Near Queen's is the Ulster Museum and Art Gallery, set in the Botanic Gardens, which provide a beautiful backdrop to buildings on the main University site, most of which date back to the mid nineteenth century. The entire university is nestled in the valley of the River Lagan and surrounded by spectacular natural views. 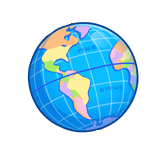