Ruza is an experienced attorney who has held significant roles in higher education, federal government, and the private sector. She is recognized as an outstanding leader with a deep belief in the transformative power of higher education, and she holds a clear vision of how to navigate the complex and ever changing legal landscape that higher education institutions face. She maintains a strong commitment to the mission of the university, working relentlessly to protect and advance that mission.

Before she joined Vanderbilt University in 2015, Ruza served as Deputy Managing Counsel for the U.S. Department of Homeland Security, where she oversaw development and support for a team of 150 attorneys and counseled senior OGC officials on significant legal issues and communications to the Office of the Secretary. Prior to serving as the Deputy she was the first client-based attorney advisor to the Department’s Office for Civil Rights and Civil Liberties, advising on complex and novel civil rights and civil liberties issues. Prior to serving with the Department, Ruza was an associate attorney at Hogan Lovells (previously Hogan & Hartson) in the education practice group, which represented and advised public school districts and higher education institutions nationwide. In this role, she advised higher education clients on issues related to student financial aid, accreditation, academic freedom, conflicts of interest, campus safety, student privacy, and student discipline. Following her graduation from law school, she clerked for Judge James Robertson of the United States District Court for the District of Columbia, and for Judge Judith W. Rogers of the United States Court of Appeals for the District of Columbia.

Ruza’s favorite spot on campus is the Kirkland Esplanade. 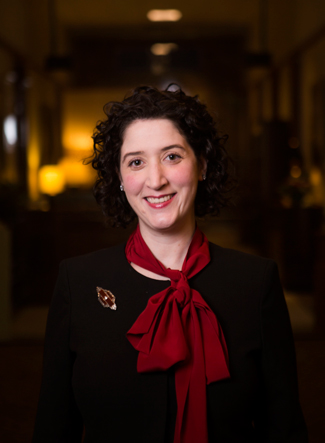 How to Reach Ruby Shellaway: