Roberto serves as Executive Director of the Tucson Pima Arts Council (TPAC). Tucson’s metropolitan population is more than a million, and 40 percent is Latino and Native American. Pima County, one of four that border Mexico, is the home to two Native American tribes and has numerous small towns and ranches. Since 2006, he has worked to engage the broad public here, the “We” as in “We the People.”

In 2010, Roberto instituted the innovative P.L.A.C.E. (People, Land, Arts, Culture and Engagement) Initiative, a civic engagement and placemaking platform that supports artists’ projects addressing critical community issues. Between 2010 and 2014, TPAC funded 66 projects that advance civic well-being, civic engagement and community building. These projects create art experiences that shape the identity of place, present visions and manifestation of social cohesion and activate democracy so as to build and animate the commons.

Roberto has supported art-based civic engagement and expanded definitions of inclusion and belonging throughout his career.  In 2004, he wrote U.S. Cultural Policy: Its Politics of Participation, Its Creative Potential, published by the National Performance Network to shed light on exclusionary practices in cultural policy decision making. Later, he wrote specifically about the role of race in cultural policymaking.

Most recently, he has been writing about creative placemaking and how it can lead to feelings or belonging and dis-belonging, reframing the discussion on cultural policy to shed light on exclusionary practices in cultural policy decision making. We know that “placemaking” has included acts of displacement, removal, and containment, so current Creative Placemaking practices must understand history, critical racial theory, and politics alongside spatial planning and economic development theories. 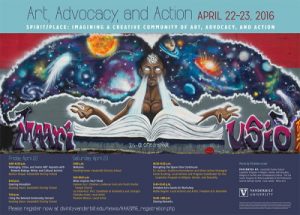