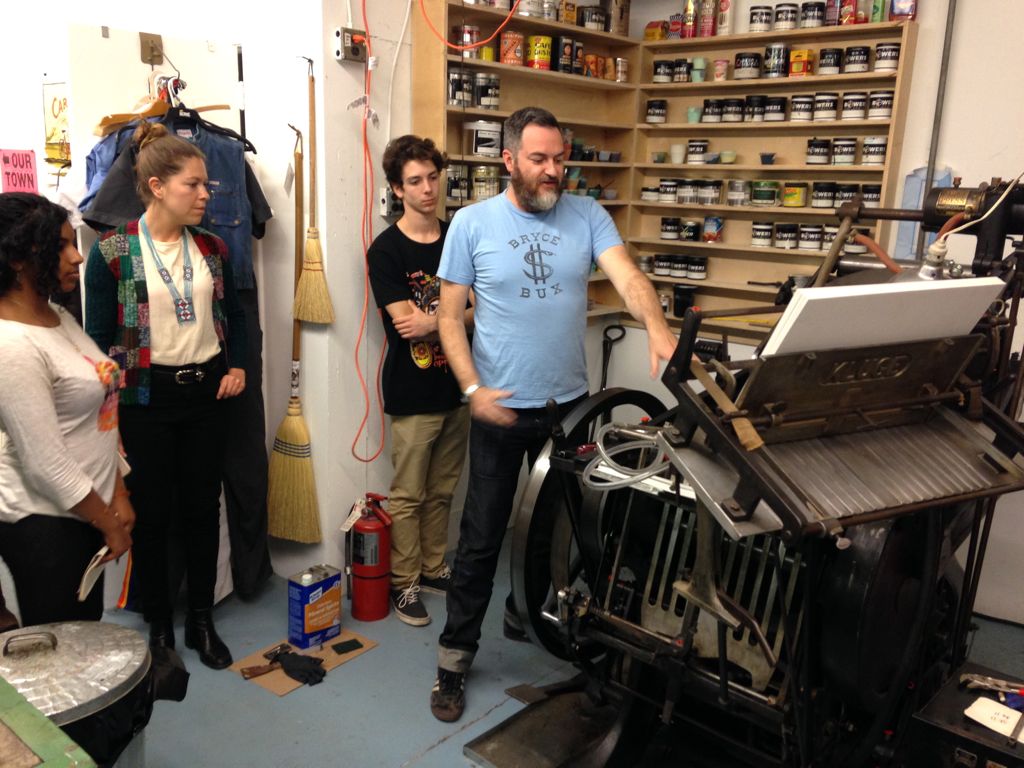 Bryce McCloud of Isle of Printing gave us a tour of his printshop. He became interested in letterpress printing through his uncle, who was a historian and had an interest in the early methods of automated printing in this country. He started up this printshop because after school he realized that, “I needed something to take care of and this equipment needed someone to take care of it.” He demonstrated some of the original letterpress machines and spoke of the allure of this type of art: “The power of making multiple images is so profound and tangible.” He sees graphic design as a way to do public art in a practical way. McCloud is able to keep the business afloat by making prints for local shops and musicians, and uses this income to fund his public art projects, one of which is going to debut this summer!