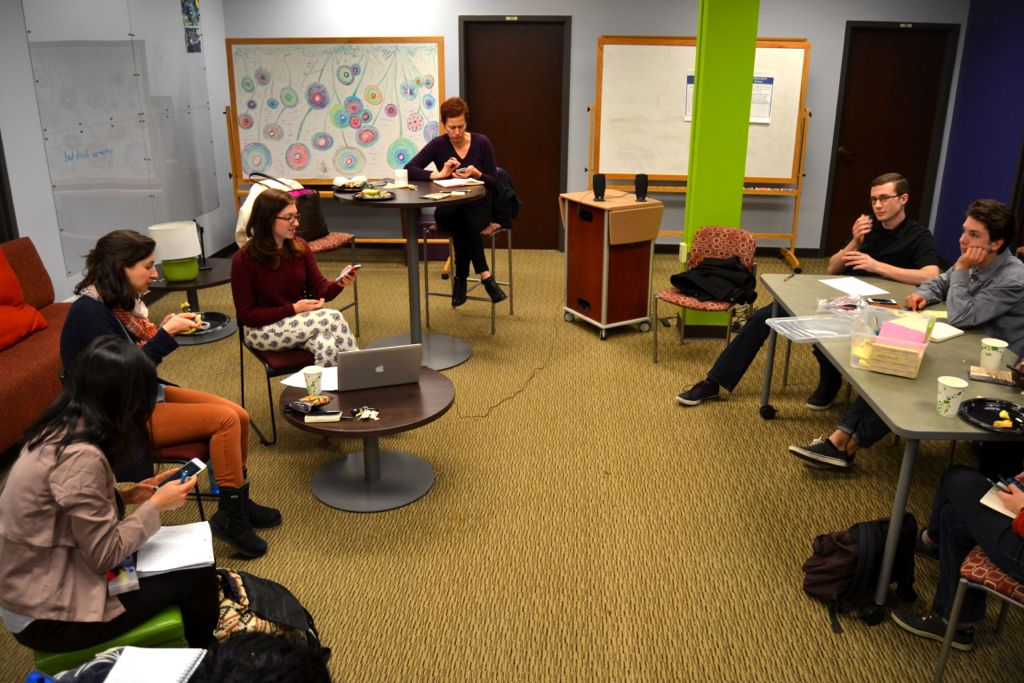 Emily Siner, reporter from Nashville Public Radio, visited the Curb Scholars today to lead a workshop on interviewing and podcasting. Emily is the creator of the podcast series, Movers & Thinkers, which was named the best new podcast of 2015 by the Nashville Scene. Emily walked us through the important stages of interviewing, from research and prep, to common pitfalls that reporters encounter. She played us clips of podcasts to demonstrate different approaches and techniques, and then played us some raw cuts from interviews she had conducted and then the finished project. Emily demonstrated conducting a live interview with Anna Silverstein, the Curb Center’s Creative Writing Fellow, and then assigned the Scholars the task of interviewing each other.