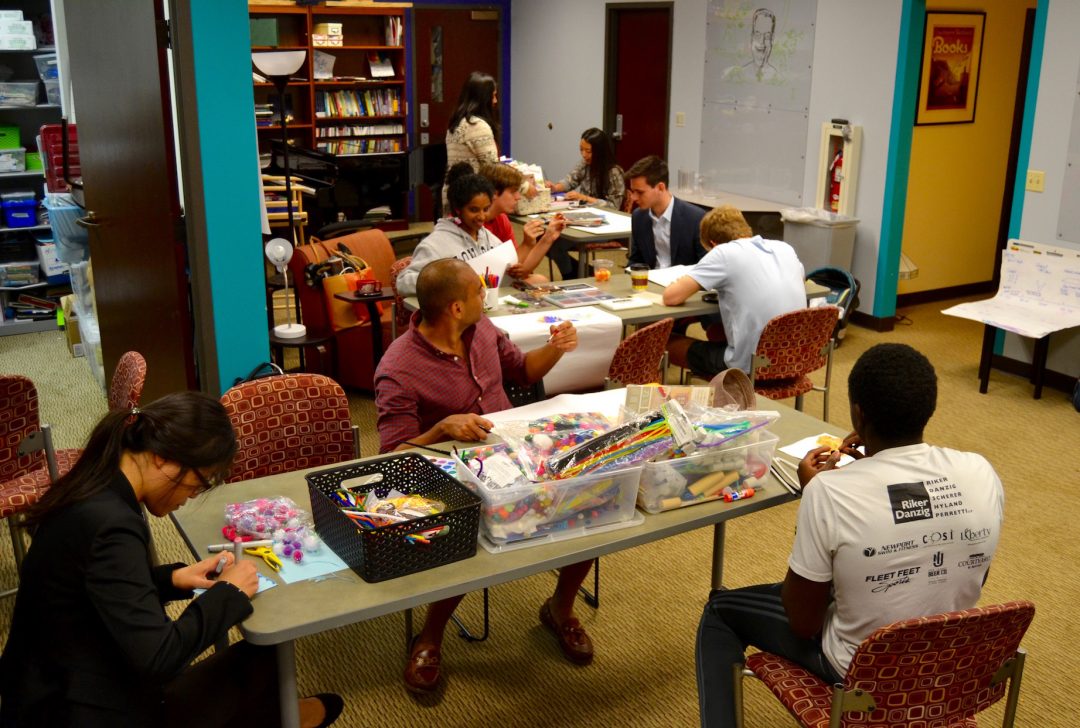 On Monday night, the Curb Scholars gathered to conduct their second creative expression session of the year. This week, Jonathan and Treena facilitated the two-hour meeting, which had been set aside early in the semester in order to give Curb Scholars the chance to work on their individual creative projects.Several friends of Curb Scholars also participated. Many artistic and innovative works were produced during the meeting, including a watercolor painting of a sunset, a zebra made out of pipe cleaners, the beginnings of a collage formed from ripped book covers that were salvaged from the Peabody Library, and several greeting cards. The Curb Scholars also had the chance to try out several new artistic mediums, such as the alcohol-based blending pens on the pen wall, the Wacum, and the calligraphy set. A popular topic of conversation was the Curb Scholars’ Doors project. Each of the first year Curb Scholars are leading the initiative on a themed door that will be placed around campus. The Curb Scholars’ Doors will highlight a vista or prompt conversation, and, in some cases, invite collaboration. The first year Scholars informally answered questions about location, theme, and rollout from their peers.