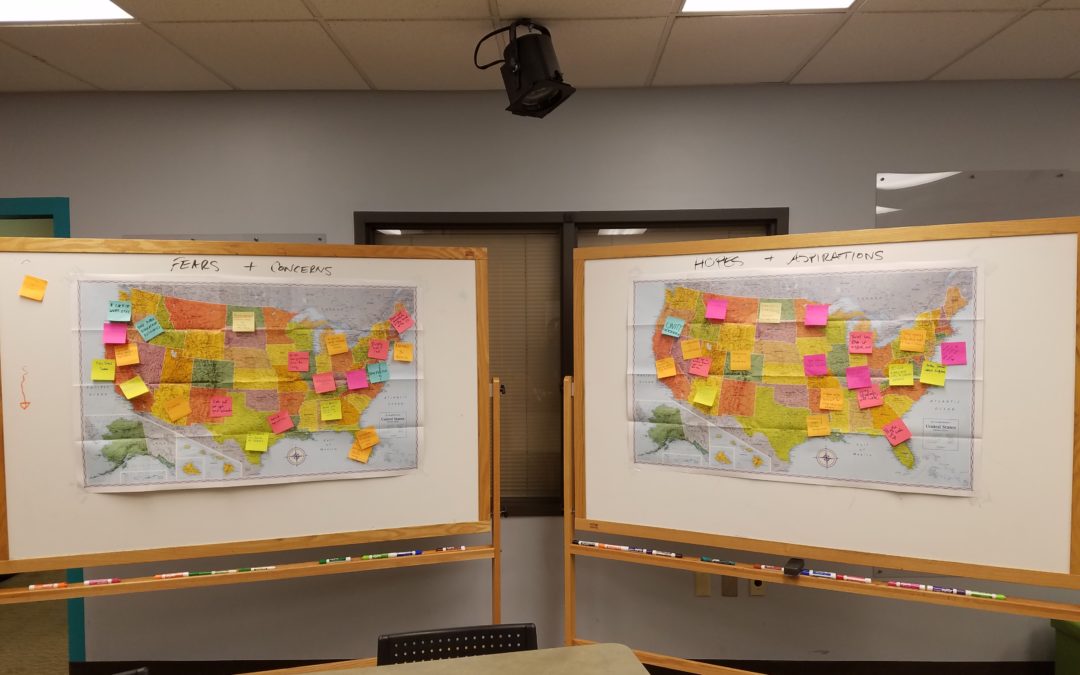 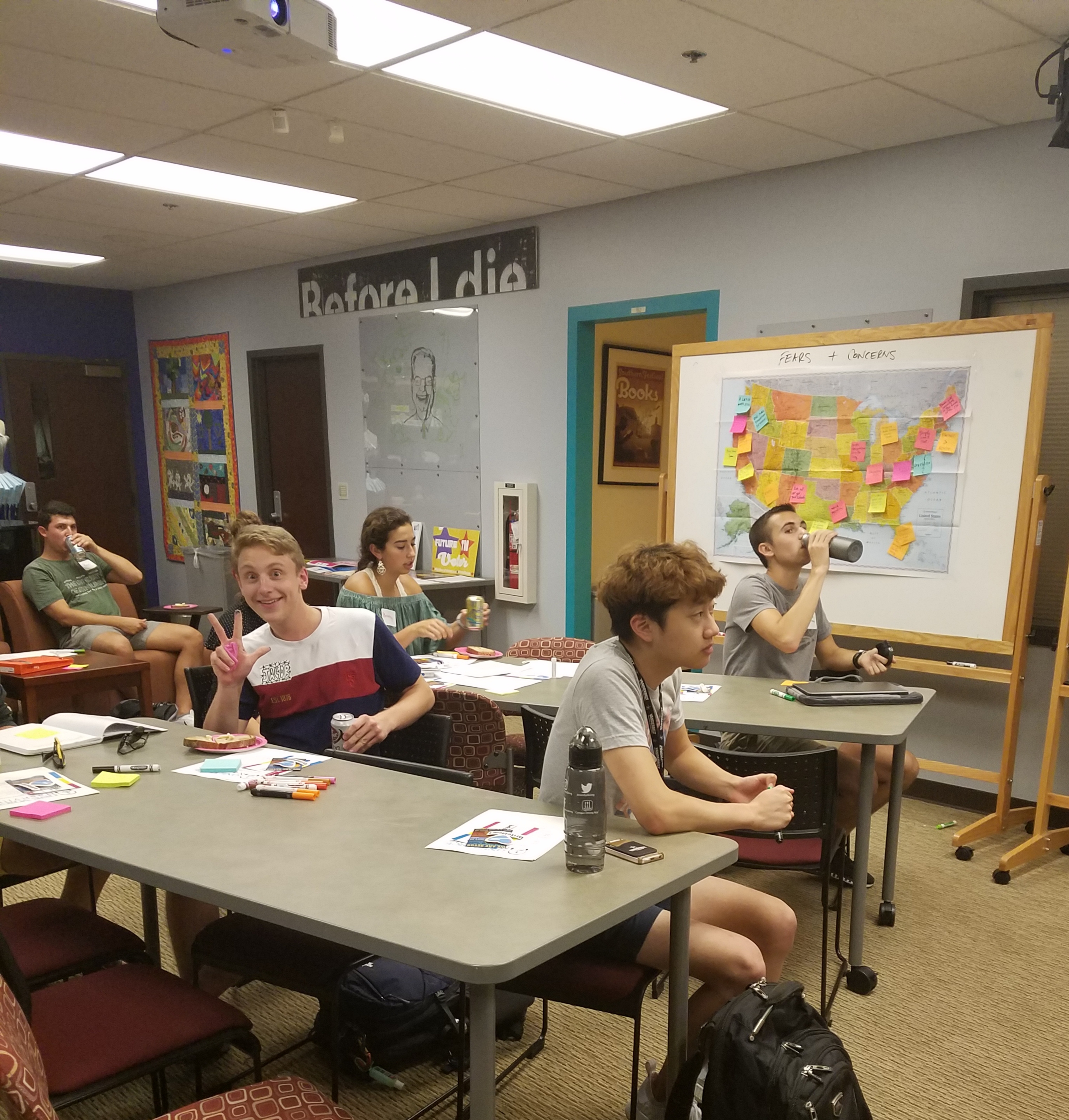 What does Activist mean?

On Monday, September 3rd, the Scholars were joined by Kate Tucker of Briteheart, an organization whose mission is to “engage, connect and empower citizens for positive change through artivism, voting and civic participation.” Tucker led Scholars through an enlightening session where they contemplated that question and much more.

Session highlights included the Curbies charting their fears & concerns and hopes & aspirations for society on two large maps of the U.S., watching Eric Liu’s TED talk “How to understand power”, and building on their discussions of empathy and understanding. Each activity built off the other, challenging the Scholars to think critically about their similarities and differences and strengthening their belief in themselves as citizens capable of advocacy.

The Curbies are well on their way!