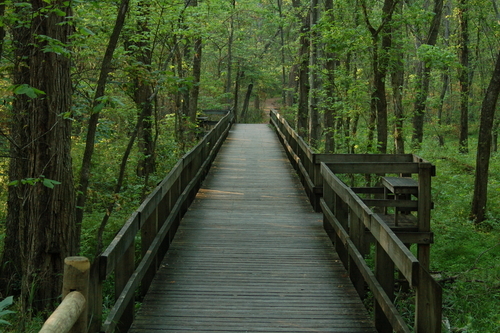 It seems that whenever I chance a footfall in nature, I need an acclimation period. This probably holds true for many urban residents, but I know that I cannot simply saunter into one of the earth’s few remaining sanctuaries for the natural and expect to maintain the same attitudes and assumptions as my cosmopolitan self. The natural world is a curious place, a touch homogenous on the macro level, yet astoundingly diverse on the granular scale, forcing any human wanderer to open his eyes and take it in, to silently observe rather than actively participate. Such was the essence of my trip to Radnor Lake for a hike and write with my fellow Curb Scholars.

Acclimation comes easily in preserves located (somewhat incongruously) in cities like Nashville. One drives in and is greeted by a parking lot with nary a spot for one oversized black van, let alone the two we actually drove in. When one finally does find a parking spot, it is not difficult to find a trailhead to enter; they tend to be crawling with middle aged men and women dressed in embarrassingly sweatless and bright dri-fit shirts. One could hardly agree with the Park Department’s decision to call their paths “trails.” Paved and teeming with runners blasting music out of Apple headphones and the loud conversations of retirees with little better to do, it very closely resembles walking through a zoo where the only prisoners are human specimens. What could be a better place than the seminatural for the artificial to ease into the natural?

Such was my thinking as I trudged at the front of our group. My head swirled with inner grumblings about how this could barely be called a hike, in addition to how difficult it is to reflect on anything with the sound of every conversation but my own filling my ears with indistinguishable black noise. To my surprise, these thoughts evaporated when we stopped near a trail – a real one, with tree roots and dirt and not a hint of pink to be seen – and Mark asked that we cease talking until we reached the end of the path. To my delight, and to the immense credit of the trail, we passed a sign early on that warned against biking or running.

Our only instructions were to walk in a respectful silence and to reflect deeply on anything that came to mind. Personal issues, national problems, local trivialities – all were open season. I failed to focus meaningfully on any one thing for far too long, growing ever more frustrated as long moments without revelation grew longer still. As my nostrils flared wider and wider, I decided to explore without instead of within, looking for inspiration from trees, trees, and more trees. Green trees. I found nothing.

Yet something happened in that eerily pervasive silence that hung over us not like the dark cloud it is often described as, but like a warm pillow of Charmin toilet paper. I did not see trees and trees and trees, but one tree. Then another. And another. One came into sight with a gnarled root emerging from the ground like a broken foot. Some were short, some were tall, but they could never be mistaken for the same tree. Their leaves felt different on my skin, the bark patterns left different impressions on my palms, and their branches curved in singular ways, more like snowflakes than clones.

I needed only to cast my assumptions aside to see that one tree isn’t another, that the forest is not composed only of trees. Little black ants are everywhere, rulers of the floor and evaders of the foot. Shrubs and bushes do not dot the ground, they cover it. Every square inch of forest with the exception of the relatively sterile path has myriad organisms utilizing the space to its maximum utility, doing all that humans cannot do. Every plant, every animal, every insect, every organism is unique in its own right. I found nuance in the forest.

The Road to Nuance

an advancing flow of molasses

destined to combat a

They are two ancients in

and spry by the vigor of passion,

the other limping on

brittle legs of guilt and regret.

One must plot tactics of

a plan to give a book its fill —

while the other may resort

to bluster and phrases

to fill a car’s rear windshield.

One may take reason,

the bastion of the elderly,

to its final course,

the other may cry for

A fork in the road defines the enemies

and begs a weary traveler to choose,

to choose to turn back for a false escape,

to choose to turn left and traverse

a paved road of fire and smiles,

or to choose a path layered with

and lined with the graves

of the many who fell

on the road to nuance.

The burden of Knowledge becomes yours

with a rightward turn;

the pleasure of victory becomes yours

with a leftward one;

But you have already made a choice–

to listen and read with nary

an objection is the first step on

the Road to Nuance.