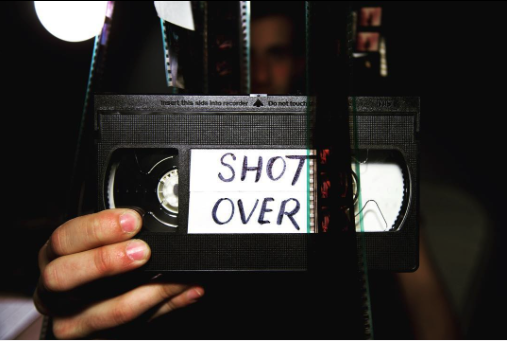 This summer I’ve been interning with Windy Films, a small Boston-based documentary film studio started by former Curb Scholar, Harvey, and his long-time friends Tripp and Will. From feature-length documentaries to promotional pieces for social impact organizations, they aim to “tell stories that matter.”

In the mornings, I fittingly take the train to the Maverick station, heading towards Wonderland, and a slew of possibilities. That’s about where the day-to-day regularity ends; I never quite know what I’ll find when I walk into Studio 16. Curious visitors (both human and animal) and diverse clients, as well as new problems to solve and fresh visions to fulfill make the cavernous studio a true place of possibility, yet the discipline of deadlines and bottom lines keep it serious enough for the creative energy to have direction.

While at Windy, I’ve learned a lot technically, from how to set up basic camera rigs to basic editing skills in Photoshop. Here are some of the less measurable (yet perhaps more valuable) insights I took away from the summer:

– People themselves are both intellect and passion, science and art, and there’s something that the beauty of a good image can deliver that a well-written, flawlessly argued text cannot. Essentially a lot of the thoughts I had been having last year on the importance of art were reaffirmed, which was, well, affirming.

– It’s a lot harder to carry out someone else’s vision than your own (though I imagine it’s probably equally as difficult, or more so, to entrust your vision to someone else’s care). I do enjoy the challenge though, which almost has a sociological bent about it, often involving understanding the person as well as the project, and tailoring your creativity to their own brand.

– When a creative team works, it’s magic, and from the small taste I got this summer I think I’d much prefer it to working alone. It’s an electric feeling to be collaborating on the same mission, and the expectations of the other people keep you (read, me) sane enough not to get too caught up in obsessive levels of perfectionism.

– I have low creative confidence in new situations. Though I recognize over-confidence isn’t ideal either, I also realize that such timidity will be a hindrance in the creative field where projects are often short-lived and demand flexibility. I need to find a healthy medium in between—a sound honesty.

– Seinfeld is a good show, and I will be unashamedly hopping on that bandwagon.

Beyond my direct experience as an intern, it’s been fascinating to watch the tight-knit Windy team in action. This is a perfectly synced machine, where slang abbreviations pepper the language like a secret code—not secret by design, but a natural result of the fact that everyone seems to be on the same wavelength, and full explanations just aren’t necessary. What they have is special—a friend group where everyone’s skillsets providentially complement one another’s—and the guys recognize the significance. I feel fortunate to have experienced what it’s like to be a small cog in the works.

Towards the end of the summer, I had the opportunity to sit down with the guys and probe their minds about their creative process (video to come). One of the questions that didn’t quite make it into the interview was, “What makes a good film?” Trying to answer it for myself, I came up with this conclusion: It makes you feel human.

It creates empathy, allowing you to step into the situation of another and experience a multitude of feelings, to plug into the facets that comprise the kaleidoscope of the human experience, to learn from others’ stories, to wonder at the beauty and danger of the earth and the significance of your own existence on it. It reminds you of all that human beings are, and in conjunction, your own multifaceted reality.

On a personal level, this heightened consciousness of our humanity injects greater meaning into what might otherwise pass as mundane details of everyday life. (A walk across the kitchen is not to be taken for granted after watching the story of a paraplegic surfer.) Perhaps more significantly however, this awareness leads to a strengthening of the human brotherhood as the commonalities of our existences are brought to light. And that’s why these stories do, indeed, matter.

You can check out Windy Films at windyfilms.com, and watch their most recent documentary, Endless Abilities, at pbs.org.