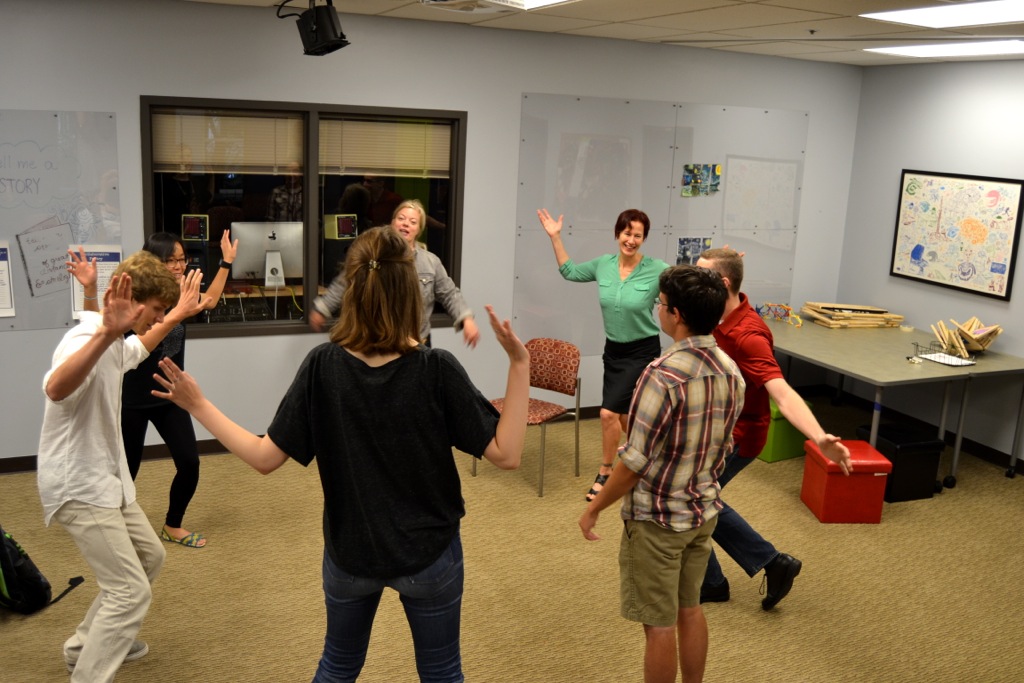 It’s that time of year again, when students return to campus, and we all have to scramble to make sure we’re ready for them. At the Curb Center, this annual return becomes a swirl of events, as we try to coordinate the opening of the academic year (which means new teaching adventures for me and Director Jay Clayton, along with continuing research) with

So let’s get started—what happened last week? Curb Scholars Opening Retreat. Our five new Curb Scholars are Sam Stollenwerck ’19, Ardis Choi ’17, Lily Pollack ’17, Matthew Thompson ’17, and Nick Mecikalski ’16. They arrived at Vanderbilt almost a week before the rest of the undergrads, to get a jumpstart on developing their creative chops with a series of workshops.

On their first day they got loose doing improv with Heather Lefkowitz, who’s part of the first Curb Center team; then they found their creative spirit animal and crafted their creative bios with Anna Silverstein, our 2015-16 Creative Writing Fellow; and then we sent them off to Nashville’s Escape Game (http://nashvilleescapegame.com), hoping we’d get them all back. (We did.)

On Wednesday, our new Curbies worked on turning words into images with our Entrepreneurial Fellow, Guy Kopsombut, and then finally got to meet the rest of the Curb Scholars group for lunch. After that, they split into three groups to explore the creative and community resources in our neighborhood. Thanks to Davey Shepherd at Dismas House (http://www.dismas.org), Marlo Lavender Smith and Mariano Hayes at the Easley Community Center, and Janelle at Kore (http://korenashville.com), the Curb Scholars are finding out about how creativity works in multiple settings.

We wrapped up our community treasure hunt with a visit to Curb Records, where Taylor Childress showed us around and talked about the need for innovative responses to the shifting ground of the music industry, and Jim Ed Norman got the Curb Scholars into the Studio to record a song! The final event of the day was a party celebrating our new Scholars and a new year at Director Jay Clayton’s home. Thanks Jay and Ellen for opening your home to us (again!).

Stay tuned for a guest post from Lily Hansen, author of Word of Mouth: Nashville Conversations (website, twitter handle, etc.), who coordinated Thursday’s visit to the amazing artists at Ryman Lofts, and the next post with the details of the last two days of Opening Retreat!