Haitian Creole, often called simply Creole or Kreyōl, is a language based largely on 18th Century French, some African languages, as well as languages such as Arawak, English, Arabic, Portuguese, Spanish, and Taino. It is spoken in Haiti, the Bahamas, Belize, Canada, Cayman Islands, Cuba, Dominican Republic, France, French Guiana, Guadeloupe, Ivory Coast, Martinique, Puerto Rico, Trinidad and Tobago, parts of the United States, and Venezuela. Vanderbilt, as part of a unique partnership with Duke University and the University of Virginia, will offer this course  via videoconference / telepresence classrooms.

In terms of gender-neutral pronouns, Haitian Creole is very inclusive. As you can see from this list of pronouns—mwen/ I; ou/you; li/he, she, they; nou/ us, and yo/they—Haitian Creole is not a language that relies on a binary male-female gender system to categorize its personal pronouns. However, it does rely on a binary male-female gender system to categorize its nouns. Just like French, in Haitian Creole a chair is a feminine object and a desk is a masculine one. However, efforts are trying to be made to make the language more inclusive, especially with regards to the words referring to the M community. See below the kouraj article.
(From LGBT to M Community ||kouraj) 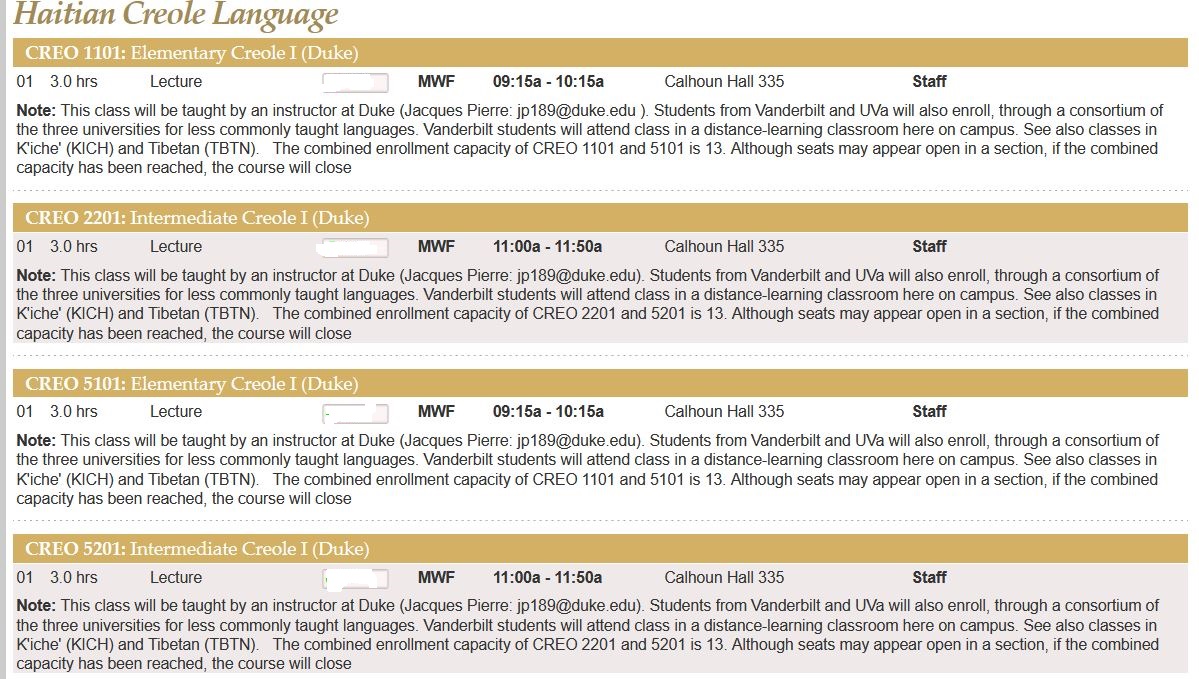