The Center for Second Language Studies held its award ceremony for student achievement in less commonly taught languages on Monday, April 25th. Graduate and undergraduate students studying twelve different languages received recognition for special accomplishments in their study including multiple external awards for study abroad and international internships employing their unique language skills. These students’ achievements mark Vanderbilt as a destination for excellence in education in these critical and priority languages. The group of students and recent graduates includes multiple Fulbright grant recipients, US Department of State Critical Language Scholarship recipients, and US Department of Education Foreign Language and Area Studies fellowships. Some highlights from the different languages are:

Arabic: Cecilia Quach travelled to Morocco in the summer of 2018 on a Critical Language Scholarship after on the heels of her participation in Vanderbilt’s Maymester in Caesarea, Israel. The program in Morocco advanced the language skills she had begun at Vanderbilt to professional working levels. Majoring in Anthropology with minors in Islamic Studies and Arabic, Cecilia studied abroad in Christchurch, New Zealand, where she became involved with an organization that advocated for assistance to the victims of mosque attacks in the area. Serving as the organization’s Junior Operations Manager, Cecilia coordinated volunteers and resources for the survivors and their families, using her Islamic Studies background to provide aid with cultural sensitivity. The nonprofit gave prolonged support to the community and was awarded a Certificate of Appreciation by the Linwood Islamic Charitable Trust. Following her success in New Zealand, Cecilia has most recently served as a Youth Ambassador while living and working in Dubai, U.A.E.

Chinese: Morgan Elrod-Erickson is majoring in English with minors in Chemistry and Chinese Language and Culture. He currently serves as the Chinese language hall representative in McTyeire house having achieved tremendous linguistic proficiency in a language that he began studying “more or less on a whim.” His intellectual curiosity and dedicated efforts have rewarded him with a Fulbright grant to travel to Taiwan this coming year to teach English.

Hebrew: In addition to being awarded a certificate of excellence for his work in Hebrew poetry, Daniel Ardity has landed a terrific internship opportunity in Israel this summer. This internship furthers his career goals while also providing a unique opportunity to continue developing his language skill while deepening his relationship with Israeli culture.

K’iche’ Mayan: The Center for Latin American, Caribbean, and Latinx Studies (CLACX) began supporting K’iche’ Mayan instruction at Vanderbilt in 2006. In 2015, K’iche’ became part of the Language Partnership that was established with Duke and UVa. Vanderbilt and other students have the opportunity to study K’iche’ through the Mayan Language Institute, a summer program founded in 2008 by Vanderbilt, UT Austin, U. Chicago, and Tulane. Madison Crow worked with Spanish-speaking migrant populations during her undergraduate studies at the College of Charleston where she learned about speakers of indigenous languages from South and Central America. Her focus on education resulted in a visual dictionary for children written in eight different indigenous languages. After returning from teaching English in Valencia, Spain, Madison began her course of study at Vanderbilt, pursuing a master’s degree in Latin American Studies. Her Foreign Language and Area Studies fellowship will take her to Xela, Guatemala this summer to deepen her knowledge of that community and its language. She will use this experience to develop her work analyzing the realities of indigenous language speakers from Latin America in the U.S. and the diverse linguistic and cultural barriers they face. As a native of Franklin, TN, her work focuses explicitly on the experiences of indigenous language speaking students from Central America in the Nashville area. Her scholarship to-date has been well-received by the Southern Anthropological Society, and a second Foreign Language and Area Studies fellowship will support her continuing excellence through the next academic year.

Japanese: Amanda Nolan received a unique honor this past year as being part of the Oscar award ceremony’s very first TikTok integration. Her passion for Japanese language drives her to create content that has drawn over half a million followers to her account. Her Japanese adaptation of the hit song, “We Don’t Talk About Bruno,” from Disney’s Encanto was featured alongside other content creators during a performance of the song at this year’s Academy Awards. Amanda brings her unique language skills to break new ground and share her love for Japanese language and culture with a global audience.

Korean: Jahnai Garner began learning Korean in the spring of 2020 during the early days of the COVID-19 pandemic. Using the extra time on her hands, she quickly mastered the Hangul writing system and immersed herself in Korean pop-culture. Jahnai has participated in a Korean mentorship program with a language partner and resides in the McTyiere Korean language hall. In addition to participating in Vanderbilt’s K-pop dance team, VIVID, Jahnai has taken part in KCCLA language competitions and received a Korean culture award. This summer, she will travel to Busan having received a highly competitive US Department of State Critical Language Scholarship for intensive language and cultural study.

Portuguese: The Center for Latin American, Caribbean, and Latinx Studies (CLACX) founded the Summer in Brazil intensive program in partnership with Tulane University in 2011. This year, two students from Vanderbilt will study there funded by US Department of Education Foreign Language and Area Studies (FLAS) fellowships. Two additional students have received FLAS fellowships for study during the entire 2022-23 academic year.

One of the FLAS recipients, Carlos Caballero, will travel to Sao Paulo this summer where he will continue his language study while conducting research into Brazilian social issues. Carlos is a sophomore majoring in Latin American Studies and English with minors in Portuguese and the History of Art. He moved to the United States from Caracas, Venezuela at the age of eleven, and his experience has ignited his interest the influence of the legacies of colonial systems of oppression, primarily those relating to the intersections of race and socio-economic status, on immigration patterns. His work in Portuguese has given him greater access to research on the differences among migrations from ex-colonies across continents, with Brazil and Angola as case studies. As a creative writer whose works are inseparable from his Latin American studies, access to Brazilian literature is vital to his interests which he will further during his summer course of study.

Russian: Vanderbilt’s Russian language program has also been tremendously successful in producing nationally and internationally recognized emerging scholars of Russian language and literature. Among them, Jasmine Ding has achieved an honor not often given to non-native speakers of Russian teaching Russian at Lesnoe Ozero, an immersive summer camp which fully immerses kids in the target language and encourages them to be global citizens. Also a resident of McTyeire’s Russian language hall, Jasmine will use her combined majors of Educational Studies and Russian to seek employment as an English teacher in a Russian-speaking country. Her immersion research project in Russian continues her deep engagement with the language and builds upon her success in winning gold and other honors in the National Post-Secondary Russian Essay contest.

Urdu: Two recent graduates from the Urdu language program will begin their work as Fulbright research fellows this fall. This summer, two additional students have been awarded Critical Language Scholarships immersive language study in India. Among them, Jaret Rushing, a junior from Paris, TN began his journey studying Classics at Vanderbilt where his interests in religious studies and philosophy led him to concurrently study Indic religions and philosophy, Sanskrit, and Islamic mysticism. Having finally settled into an exclusive focus on South Asia as he became fascinated by the question of Hindu-Muslim intellectual exchange, he found Urdu to be a fruitful and necessary language of study, since not only is Hindi-Urdu a lingua franca of contemporary South Asia but also a classical language of India with a rich poetic tradition of Hindu-Muslim synthesis. His work in Urdu literature provides an understanding of the phenomenon of interreligious interaction and counters harmful narratives of majoritarianism and exclusion, relevant interventions in the political and social climate of the contemporary South Asian region. His view of Urdu is that it serves as a beautiful template for the promises of intercultural philosophy and a peaceful coexistence not bound to modern forms of nationalism. 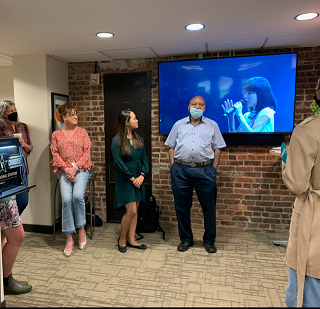 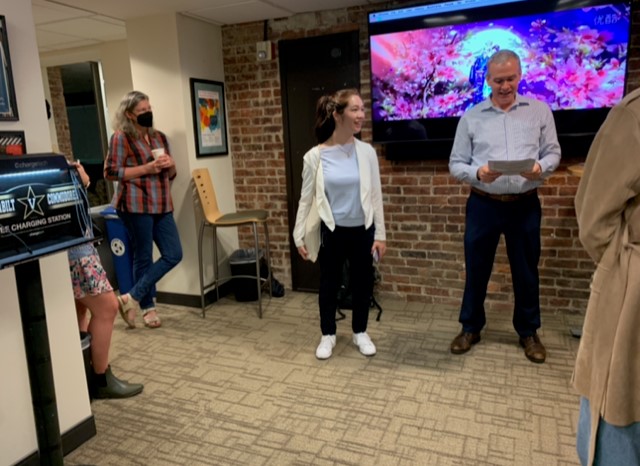 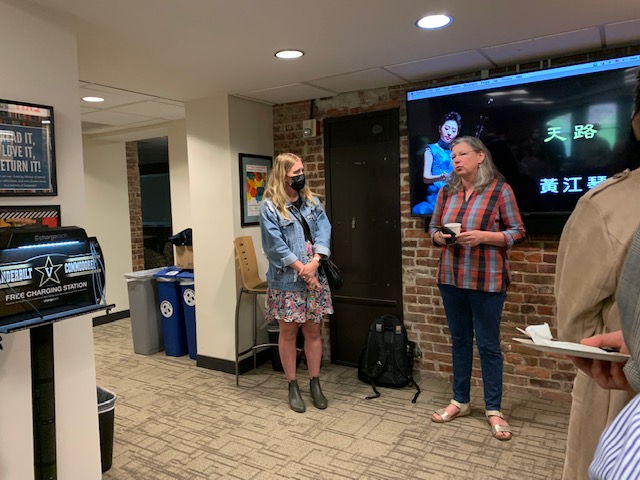 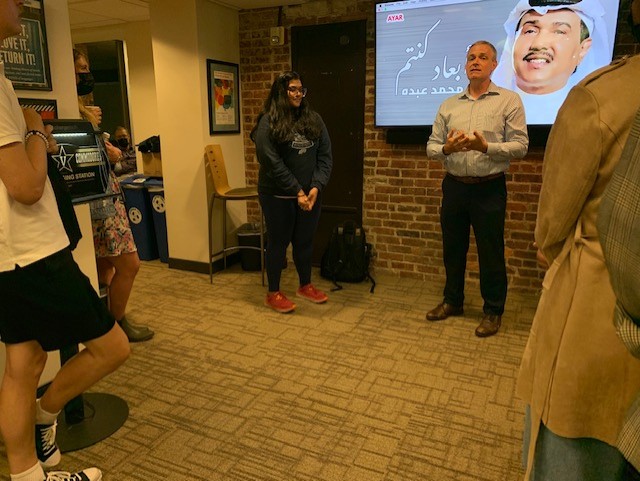 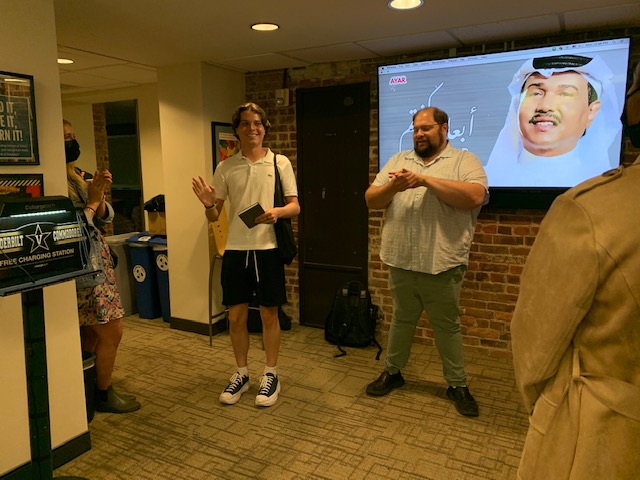