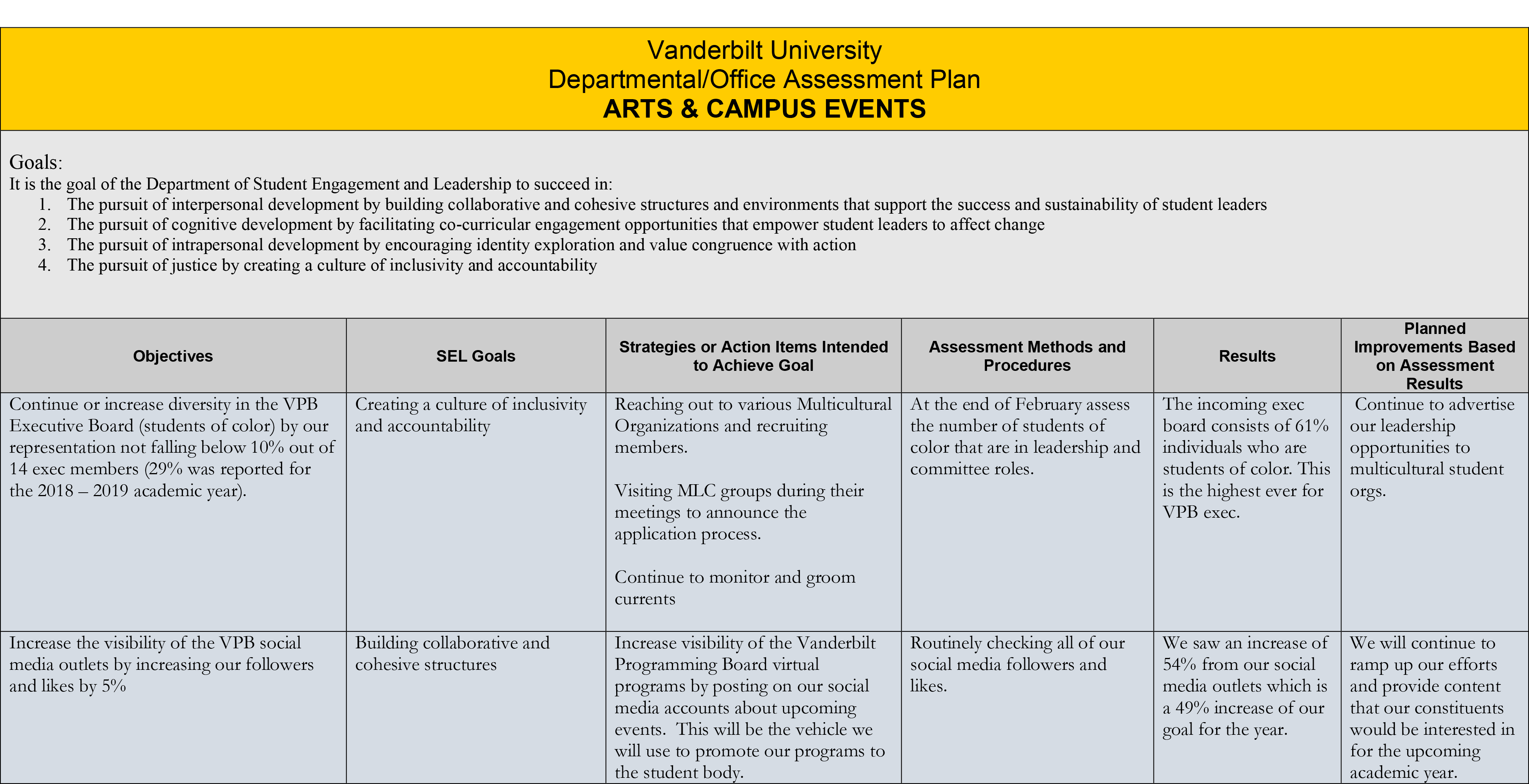 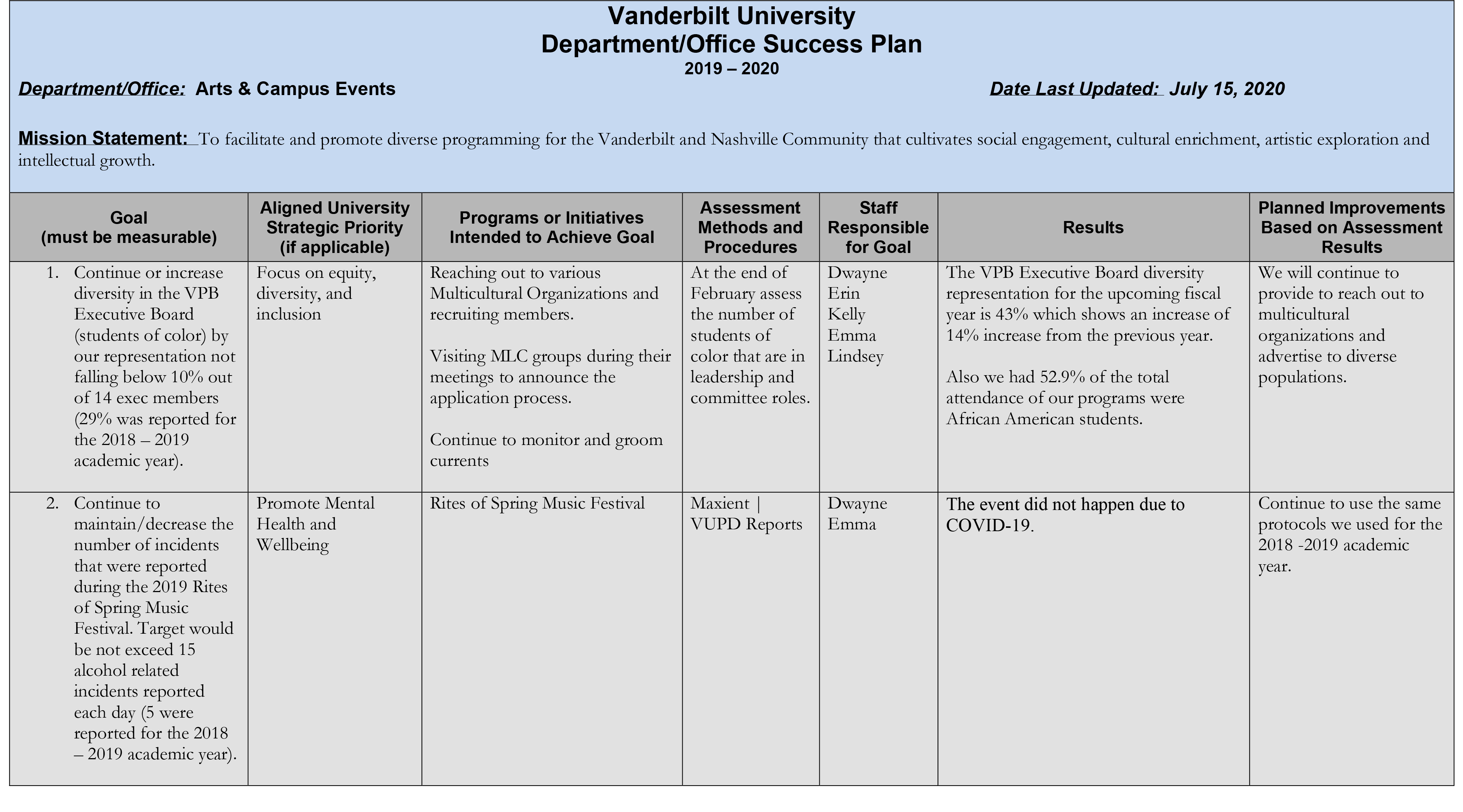 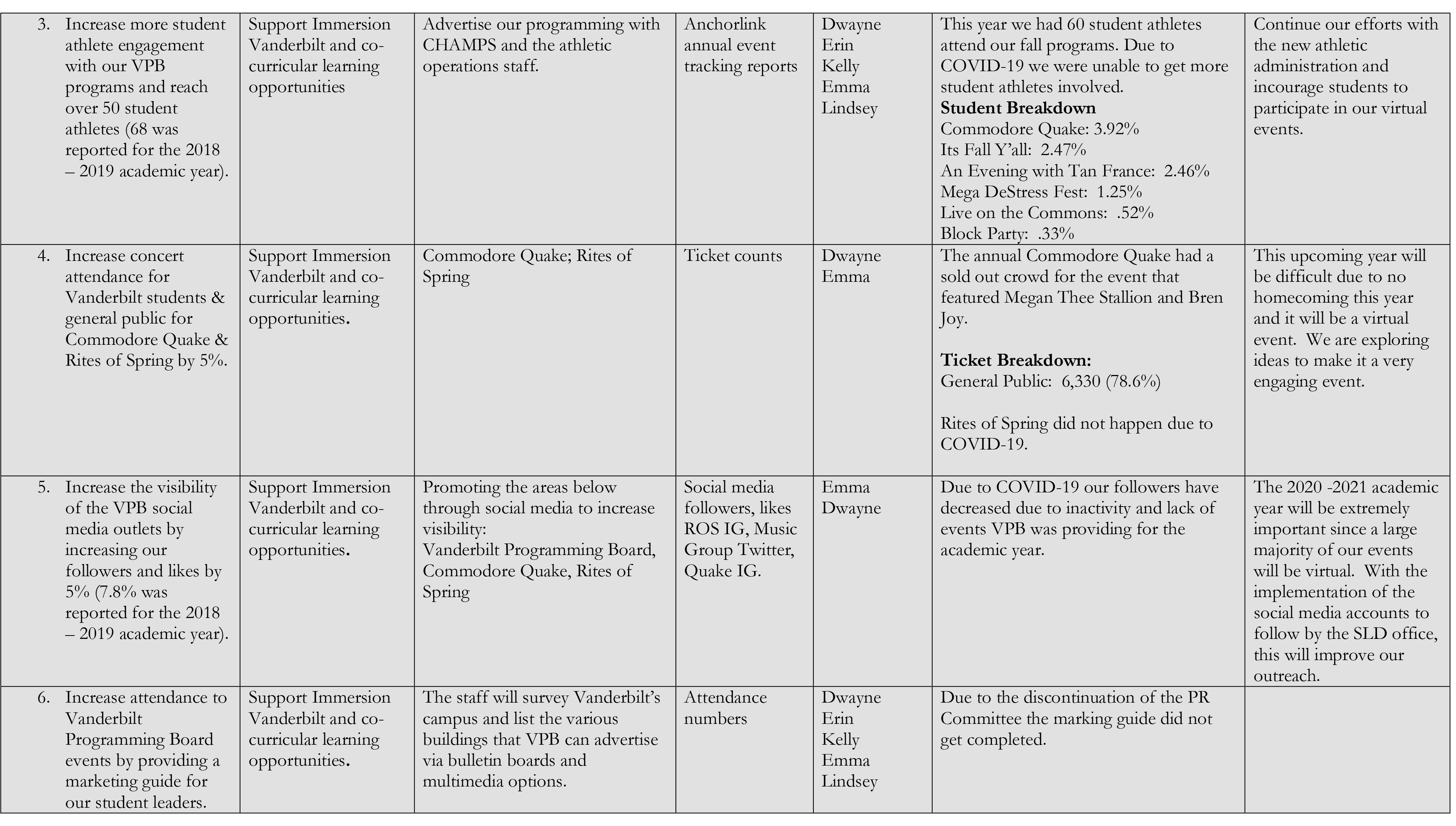 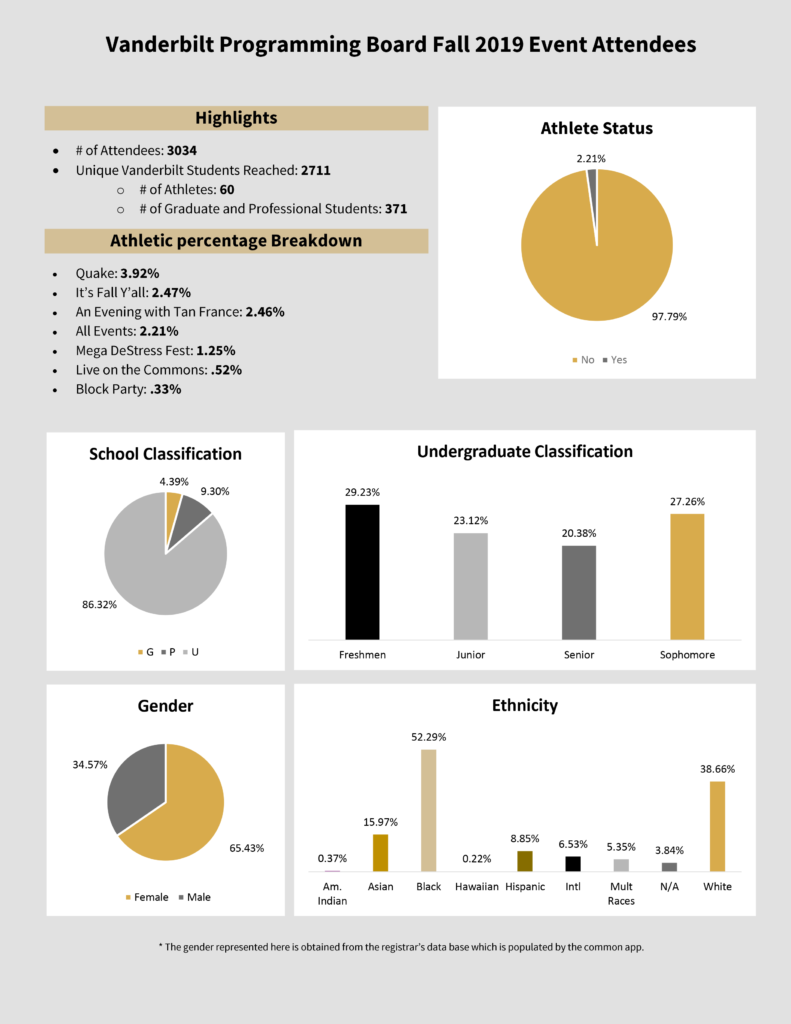 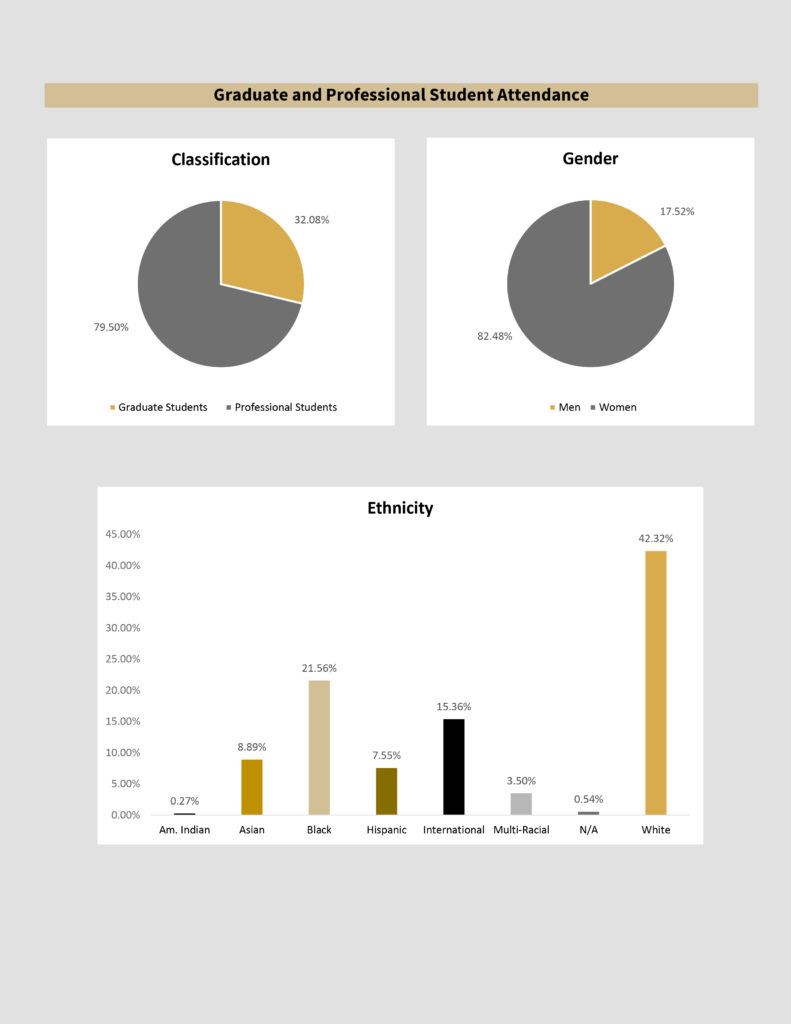 Greatest accomplishment for the 2016/17 year:
In the fall of 2016 we suspended the Vanderbilt Dance Program due to unforeseen circumstances. After reviewing our policies and making sure that we complied with all the laws set by the university we were able to revitalize and restart the program January 2017.  We also redistributed roles to staff and teachers, updated our class offerings and created a new website.

Accomplishment that supports diversity, equity, and inclusion:
Diversity in leadership within the Vanderbilt Programming Board (VPB) is very important initiative for Arts & Campus Events. The VPB incoming leadership positions for academic year 2017 – 2018 saw a 33% increase.

Vanderbilt Programming Board (VPB) is comprised of the six largest programming organizations on campus. The purpose of VPB is to sponsor, integrate, and provide social, cultural, educational, recreational, and multicultural activities at Vanderbilt: