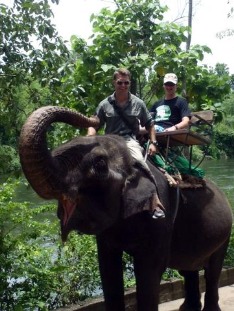 The Army recognizes the need for young leaders to develop more cultural awareness and foreign language proficiency skills. Now more than ever, cultural awareness training is a vital component to the ROTC curriculum. Overseas immersions help educate future leaders in ways the classroom cannot, providing experience with different lifestyles, economic standing and world perspective.  Cadets have the opportunity to train with foreign militaries, teach English classes, travel to cultural heritage sites, or conduct humanitarian missions.  Cadets from universities around the country travel in small groups led by senior leader cadre, often in conjunction with a civilian agency or non-governmental agency.  The deployment, which includes a five-day Soldier readiness process, typically lasts one month.

Go Gold cadets have traveled since the beginning of the CULP program across the Unified Combatant Commands to countries including Bulgaria, Guatemala, Rwanda, Slovakia, Thailand, and Vietnam. Recent CULP trips have been to South Korea and Colombia. 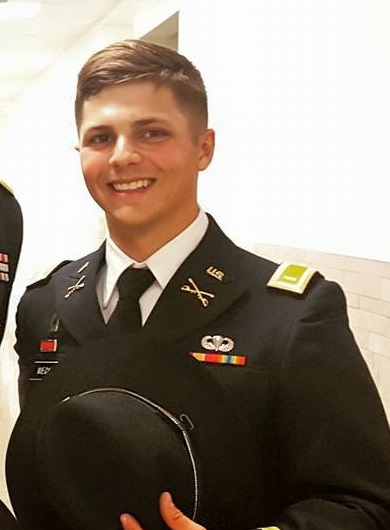 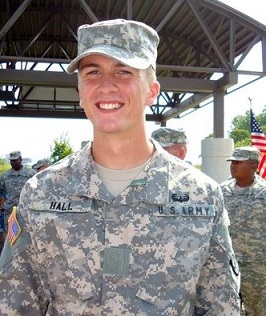 The school is located at Fort Campbell, Kentucky, (home of the 101st Airborne Division). Instructors at the course are referred to as Air Assault Sergeants. It is open to both males and females. The school is composed of learning helicopter insertion techniques, rigorous training, and tedious packing lists; one missing item could cause the student to fail the school immediately.

Cadets with an Academic Major of Nursing are the only Cadets eligible to apply for this program. Cadets are assigned to Army Medical Facilities both in the continental United States (CONUS) and outside the continental United States (OCONUS) including Europe . NSTP provides nursing Cadets with opportunities to develop and practice leadership in a clinical environment. Cadets work side-by-side with an Army Nurse Corps Officer preceptor. To qualify, Cadets must submit an application packet through their Brigade Nurse counselor to the Cadet Command Chief Nurse.

Cadets applying for this program must be certified in Basic Cardiac Life Support (BCLS- Provider level) and certification may not expire prior to the completion of NSTP training.

Project Global Officer (Project GO) is Army ROTC's main initiative in the development of critical language education, focusing within the regions of the Middle East, Asia, Central Asia, Africa, and South America. Throughout this experience, Cadets become immersed in a new culture by traveling to foreign countries to learn a critical language for eight weeks. Critical languages include Arabic, Chinese, Korean, Russian, and Spanish.

The Cadet Troop Leader Training track provides Cadets the opportunity to experience leadership in Army units over a three to four week period. Cadets serve in lieutenant-level leadership positions in active duty units. Platoon Leader positions have a three to four week duration depending on the hosting unit and location. Assignments include units that are located in both the United States and foreign countries. Cadets are assigned a unit mentor, and are provided on-post lodging and meals via a Dining Facility. This program is exclusively designed for MSIII Cadets before and after completion of LDAC.

The Internship track offers a myriad of opportunities for Cadets who seek additional training in specialized areas such as scientific application, engineering, nursing, medicine, intelligence, cultural awareness, and language proficiency. The internship types, locations, and allocations change significantly from year to year. These programs are meant primarily for MSII and MSIII Cadets. In some cases an MSI Cadet can request an exception to this policy.

All training that is equal to or greater than 28 days total in length qualifies a Cadet to receive the annually adjusted Cadet pay stipend. The average Cadet Pay rate is $30.97 per day of training.